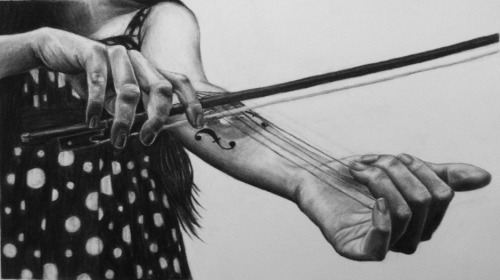 There is this music that I hear.

It’s the kind of music you can’t listen to for long before it starts hurting your head, the kind of music that makes you feel like your blood is rioting, like your lungs can’t fill with air. It hurts to listen to this music. But you do it anyway, because in some twisted way it’s the song you always want to hear.

I hear this music, everywhere I go, the sad songs of the people who say they need me to help them feel less hurt. This music is beautiful, soft and sad, the notes of piano keys falling like raindrops into the palm of my hand. But then the tempo changes, so imperceptibly at first that you don’t notice until the shriek of the violin joins the piano, until this pretty sad song becomes discordant and piercing and you fall to your knees.

I am trapped by this music. These sad songs become violent and now I can’t escape.

Between chords, I hear the pleas and the screams of the tortured, who reach into the cavern of my chest to steal pieces of my sympathy so that maybe they can feel whole again. And I give them parts of myself so they can be happy, so they can sew their fragments back together, but I’m losing track of how many times the tapestry of my tolerance has withered away into a threadbare patchwork. And now I am loosely knotted into something that almost falls apart. 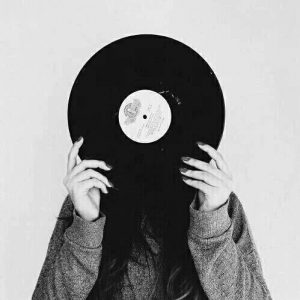 Their music is anarchy in ragged notes, begging me to listen and ease their pain, to wrap my arms around them while they eat out my heart and make meals of my pity, because maybe then they won’t feel so empty.

Parasites of my benevolence, they weave their shrieks into the soundtrack of my mind. I hear them everywhere: they cry out from the spaces between my dreams, they howl in unison with the screeches of the wind, dancing dissonant two-steps beneath street lamp spotlights, looking for a stage and an audience to witness their misfortune.

I hear their woeful music everywhere, like choruses of knuckles knocking on the scope of my mind. I hear them because they believe that in me, they can find safety, they can find comfort. But the voices forget that it hurts to hear them sometimes.

And I want to help, I do. I want to be a safe place for them, shelter from the elements. But this is how the music gets you. It begins with a quiver of vulnerability, and then you are hooked. Even when the pace picks up and you can feel it wrapping around you like a hand on your neck, you can’t stop – because what if the vulnerability comes back?

And so I listen to the music, and I hear are these concerts of injury, these symphonies of pain. I hear their screams and I feel them pull the strings of my pity, using me like a bandage and a battery at the same time.

Even though they are pulling me apart, stitch by stitch, they do it to stop the fraying of their own psyche. So I let them. I hear the twisted siren song and I am drawn to their pain, giving them the relief they seek even though it means I begin to bleed.

I forget sometimes that it can be dangerous to help someone else.

The currency of my tenderness is spent faster than I know how to save. My heartstrings have been drawn and pulled and used like a violin, so I hear these melodies of madness inside my own body. It haunts me.

But the worst part is, as much as it hurts, I never want to stop listening because to turn them away – they who are in pain – would be cruelty.

You hear it too, don’t you? We hear it because we can’t help but listen.

We are the empathetic, and we are slowly breaking.