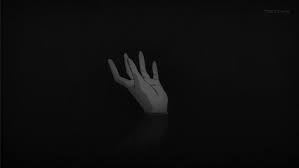 The American Dream – a deliciously tantalizing fancy for many people and the subsequent subject of numerous books written by individuals who wish to shed some light on the reality of such a pipe dream. There is an almost universally acknowledged fact that to pursue the American Dream is to pursue the light – the goals and aspirations that are otherwise unattainable to the average individual without the added magic of the phrase “American Dream.”

However, what many of us fail to realize about the American Dream – or any dream at all – is that when dreams come true, there is always something else to be dreamt of. Something bigger and better than what you sought so long after. This is the truth that irrevocably stains the dreams of humanity: that any dream, no matter how grand, is never good enough for the human soul.

If we are to talk about the pursuit of dreams, one may also acknowledge the fact that by pursuing dreams, we are also pursuing a desired truth or reality. For example: in Jay Gatsby’s pursuit for a fortune that could win back Daisy Buchanan, one could argue that he was also pursuing what he had wished to be true – that Daisy had loved Gatsby for Gatsby and not for the rich man that he had become. He had garnered success in all areas of his pursuit except the truth that had actually mattered: he did not win Daisy. This proves the idea that although one’s dreams may be fulfilled, there are harsh realities that may make the accomplished dream not good enough to satisfy the human spirit.

There is another side to the overall theme of pursing the positive light and the truth it holds – what if the darkness contained truth as well? Often, the darkness (i.e. failed dreams, hopelessness, loneliness) is regarded as something terrible. However, one can also argue that there is perhaps a more poignant truth that is revealed in the darkness of humanity rather than the light. We all spend so much time searching and searching for the divine light in order to escape the darkness, but perhaps the darkness reveals more about ourselves than the light does.

There is a quote by R. Queen that states: “Light is easy to love. Show me your darkness.”

Often, the light that we strive for is so easily recognizable to humanity because it is simply what we cannot have. We are borne by darkness and we only achieve light when we seek it or when it is thrust upon us. Therefore, it is easy to overlook the darkness as something minuscule and frightening because within the darkness is the truth about ourselves. Just as Willy realizes his mediocrity by having been thrust into a state of darkness because of his failures.

Within the darkness is the truths about ourselves that we dare not face – thus, we try to seek other truths by means of the light. However, just as every light beam casts a shadow, every pursuit of the light may bring us closer to the darkness.

2 thoughts on “Light in the Darkness: The Other Side of the American Dream”