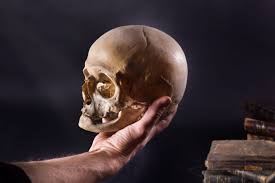 Discuss the idea(s) developed by the text creator in your chosen text about the ways in which individuals struggle to restore honour and certainty. (Jan. 2009)

Honor and certainty are both two very important qualities that influence and shape not only the identity, but also the actions of an individual. Perhaps it is not the possession, but the loss of these attributes that may have the largest dominion over one’s identity, as one who has lived successfully while entitled to honor and certainty will act in a compromising and otherwise unacceptable manner to restore their loss. Furthermore, these actions may create negative repercussions and significantly more unfavorable adversity in the pursuit of the ideal of retribution. This holds true in William Shakespeare’s play, Hamlet, as the protagonist and namesake of the tragedy, Hamlet, is approached by the ghost of his murdered father. From this scene, Hamlet is tasked with a plot of murderous revenge against the killer, Hamlet’s uncle and now King of Denmark, Claudius. However, this unorthodox task of restoration allows for the prospect of dishonorable actions leading to further uncertainty. Through Hamlet, Shakespeare demonstrates when in the pursuit towards restoration of honor and certainty, an individual may face lapses of judgement leading to collateral consequences that further perpetuate a state of dishonor and uncertainty, as well as a subsequent impediment in the goal of restoration. This is exemplified through Hamlet’s ambivalence to kill Claudius while he prays, the murder of Polonius while encumbered by emotion, as well as the suicide of his former lover, Ophelia.

When an individual’s ethics and morality are put into question in their strive towards restoration, one may find it difficult to pursue the actions required of them. After Hamlet has deduced Claudius is, in fact, the murderer of his father through the play he created, the Prince of Denmark decides he may finally exact his murderous vengeance. Upon arrival to Claudius’s chamber, it is discovered the King is on his knees, praying and asking for forgiveness from God. Despite his convictions, Hamlet refrains from the murder, stating, “…A villain kills my father; and for that, I, his sole son, do this same villain send to heaven” (3.3 77-79). Hamlet refuses to kill his uncle at this opportune time, as he implies that such an act would make him a villain. Furthermore, as Claudius seeks forgiveness from God, perceived as benevolent and forgiving, the ideal for revenge is squandered, as surely killing the King, despite his sins, would allow him passage into Heaven. Hamlet is deterred from all action, and settles into a state of further uncertainty, lest he risk more of his honor in an act that would surely be perceived as cowardice. An individual with ethics and morals that are ingrained into their identity cannot hope to act against them, even if they have lost honor and certainty. In doing so, they not only cast aside their hopes of regaining certainty, but they also act in a dishonorable manner. This perpetuates further dishonor and uncertainty onto an individual, leading to a negative cycle of a dishonorable act instilling more uncertainty. Instead of redemption of certainty and honor into one’s identity, the negative counterparts take up the role as defining characteristics of an individual. When faced with such a consequence, it is evident that one must adhere to their ethics, lest their struggle with restoration become more arduous, and therefore, less obtainable.

Despite the bleak scenario an individual may face as a result of the loss of honor and certainty, the emotions and mental state one develops may affect their ability to redeem their lost qualities. Afflicted by his ambivalence towards the chance to kill Claudius, Hamlet takes it upon himself to visit his mother’s chambers, unaware that Polonius is currently talking with the matriarch. Upon his abrupt arrival, Polonius hides behind the arras, but is discovered when the slightest of movements stirs Hamlet to stab his sword into the intruder. Polonius dies, and Hamlet shows little remorse, saying, “Thou wretched, rash, intruding fool, farewell. I took thee for thy better. Take thy fortune. Thou find’st to be too busy is some danger” (3.4 32-34). Hamlet’s judgement is blinded by the sheer amount of emotion and rage that stirs within his character. From this, we see Hamlet rashly kill Polonius, despite not even knowing who was behind the arras, demonstrating the manic and almost insane demeanor that has been brought about by the struggle of redemption. Hamlet is left to face the unknown and potentially negative consequences of his actions. This leads to even more uncertainty in his identity, as the murder he has committed – though initially meaning nothing to him – would surely weigh on him to the point where the pursuit of restoration would be jeopardized. This uncertainty would only feed into the lack thereof, contributing to the emotional impulse that stirred Hamlet to kill Polonius. As individuals, we are often blinded by the bias of emotion and mental well being. These factors dictate our abilities of comprehension and adaptation, making the struggles and adversities encountered unlikely to be overcome efficiently, if at all. If one is unable to neither act nor think in a coherent manner, than the restoration of such personal concepts like honor and certainty would be unattainable, as it requires an individual to have an understanding of what creates honor and what reassures their own certainty. Through impulse, there is a lapse of judgment, and also the possibility of consequence; furthermore, from these consequences, restoration of honor and certainty becomes impeded.

From the lapses of judgement one makes, stems consequences that inhibit the effective restoration of one’s honor and certainty. Perhaps the most prevalent example of a consequence of Hamlet’s actions, was Ophelia’s subsequent suicide following the murder of her father, Polonius. Before her death, Ophelia falls ill with a madness instilled by Hamlet’s lapse of judgement, and in her delusions she drowns herself, putting an end to the woman that Hamlet once loved. Hamlet is not made aware of her death, let alone his role in her demise, until a funeral procession is underway for the body, where he states, “What is he whose grief bears such an emphasis, whose phrase of sorrow conjures the wandering stars, and makes them stand like wonder-wounded hearers? This is I, Hamlet the Dane” (5.1 231-234). Hamlet, despite forsaking the potential ideal for romance before her death, as well as treating her poorly throughout the play, still demonstrates innocent affection, speaking to the level of uncertainty that has been present in his character. In her death, there is no redemption of honor whatsoever, as Ophelia was but another innocent casualty, and in no way a part of Hamlet’s restoration for honor and certainty. In fact, her death acts as a catalyst for uncertainty and dishonor to once again prevail upon the character and identity of Hamlet. Through acting upon impulse, individuals often times face negative repercussions of their actions. In this, one faces uncertainty in their pursuits, as the potential for harm to others becomes a reality. The entirety of their aspirations are put into question, as the worth of the prospective outcome is challenged against the collateral damage that may occur. Furthermore, from these consequences stem the personal ideal of honor, and how through the repercussions placed upon others, how said honor will dwindle and ultimately fail to be found in one’s identity altogether. The perpetuation of dishonor leads to further uncertainty about an individual’s pursuit, and restoration is once again hindered.

In the tragedy of Hamlet, William Shakespeare conveys the idea that an individual may face an impediment on the restoration of their honor and certainty as lapses of judgement lead to negative repercussion and consequences, feeding into a cycle of dishonor and uncertainty. This is exemplified through the actions of the protagonist, Hamlet, as his inability to disobey his ethics, his emotional impulses, and the negative repercussions of his actions all lead to the inability to restore his honor and certainty until his dying breath. The absence of such influential characteristics such as honor and certainty have such an impact on the human condition, that it may not only drive one to madness, but also madden the world around them. In their madness, one can not hope to ever maintain themselves as an honorable and certain individual.