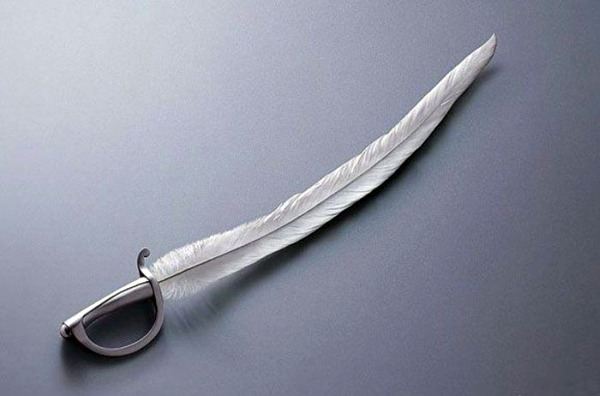 People get inspiration from the oddest of places. My inspiration for this post came from the people on my school bus. And, surprisingly, I really love my school bus. It is the home of many odd and wonderful discussions. Even in the mornings, when we are tube full of exhausted teenagers, we all seem to take comfort and enjoyment from speaking with one another. Given the horror stories from other buses, I honestly feel blessed to have a community of people that can discuss a wide variety of topics. (The best part is that we have people ranging from Grade 9 until Grade 12 all pitching in their thoughts and opinions.)

One day, I was explaining Sun Tzu’s book The Art of War. A friend of mine was considering the similarities between an physical fight and a heated debate. In both of them, there is a clear issue behind either side of the conflict – yet the ways in which the people choose to resolve their differences are different. Some will push their opinion through a well-articulated argument; while others will simply punch you until you submit. Very different.

I have spent such a long time considering the truth behind this philosophy:

Intelligence is a human’s only weapon.

At first, I wholeheartedly agreed. No matter how someone chooses to deal with their conflict – there is a degree of intelligence that goes into it. If you choose to verbally engage someone because of your differences, you must take full advantage of your argumentation skills: Logic, emotion, and delivery. All three of those take a large degree of intelligence. This is why we do not see two deer locked in combat over a mate stopping to sit down and explain why they deserve to reproduce over the other. The deer are not, by our standards, intelligent.

There are three levels of managing conflict within the brain of a living being, each one becoming more complex than the next. The most primitive level, and the most used by smaller animals, is that of natural instinct. There is no need to think about what to do when a rabbit sees a fox running toward it. The rabbit does not stop to consider the possibility of a mutually beneficial relationship between it and the fox. There is no time for philosophically considering symbiosis for the rabbit – it needs to react, and natural instinct is what drives this. Natural instinct drives our ‘fight or flight’ response. The second, more complex level, one that humans regularly use (More so than natural instinct), along with most animals: Conscious thought. Conscious thought is the ability to understand and recognize what is going on around you, and react to it. Conscious thought is what we can describe as the ‘gut feeling’ that someone gets. And the highest level of managing conflict is that of intelligence. Intelligence is the ability to not only understand and sensibly react to the world around you – but to do so in such a way that alters the mindset of another. Argumentation, if you will. To convince someone, though physical beating or verbal lecturing, is considered intelligent, because you are working to change someone’s mind through your actions. The other condition that defines intelligence is that an individual must employ specific tactics that respond to their circumstance to achieve their goal. For the purposes of this blog post, that is intelligence. (Intelligence does not always mean just or smart, however.)

My overarching statement is clean and understandable when people debate and verbally work to convince one another. Of course intelligence is your only way to come out on top of a debate. The philosophy does, however, become slightly messy when we consider people who work to succeed in a conflict by physically attacking the other participant. There is nothing intelligent about the fox and the rabbit’s inevitable outcome – at no point do they express their differing opinions. The fox simply knows it needs to kill and eat this rabbit to remain alive. The rabbit, in the interests of remaining alive itself, does not want this. This shows natural instinct and conscious thought, but not intelligence. If the fox could explain to the rabbit why it deserves to kill the other, that would fit our definition. There are some specific tactics of the hunt that the fox has acquired throughout its life, and others that the rabbit has learned about evasion – but not to any level that can be attributed to the caliber of actual intelligence.

Allow me to recap: Is intelligence is our only weapon, given that intelligence is the ability to understand and respond to your environment, employing well thought out measures in order to achieve a goal? Thus far, I have only described animal behavior, and our thesis is about humans, not animals. Combat has, forever, been a humans way of resolving conflicts. And we all know that feeling, hours into a heated debate, where you just want to reach out and slap some sense into the other person. Now, is the desire to physically express yourself and your point to another considered to be intelligent? Let’s look at two historical examples.

Among the most well-disciplined and honorable warriors in the history of battle are those of the Ancient Japanese Samurai. Samurai were warriors that literally studied combat – much like Sun Tzu himself did. (Note that Tzu was Chinese and not Japanese, but the similarities still exist.) After every duel between Samurai, the victor would journal down every mistake that his opponent made leading to their ultimate downfall, and teach it to his students, with the intention of them never repeating these errors. This is our living definition of intelligence. Samurai literally examine and consider every moment of a battle, scrutinize it down to a blow-by-blow basis, with the intention of becoming better for the next time. And the very reason that Samurai fight is a difference in philosophy, be it about their leader or ideology – no Samurai has ever engaged another because of a childish insult. No, they are above that.

You know who is not above that? A Neanderthal. Neanderthals (Homo neanderthalensis), are a distant ancestor of modern day humans, having gone extinct some 40,000 years ago. They lived along side Homo Erectus (Upright man), who are credited with having made the first wooden weapons, consisting of blunt clubs and sharp sticks. (For more information about the evolutionary process, check out the link and video at the bottom of the post. Shameless self-advertising is fun.) Attacking someone with those weapons is where I find my biggest issue with the statement. Physically attacking someone is a form of weapon, but there is no intelligence that goes into the use of that weapon. Anybody can savagely smack another person with a blunt club – but there is no tactic, reason, or rhyme to it. That falls under the category of conscious thought  – but not intelligence. Now, there was a certain degree of intelligence that went into the creation of the weapon, but the user does not have to meet the same standards. Anybody can swing a sword, but few can skillfully use the blade as an extension of their arm, and even fewer can actually craft the weapon from a bar of iron.

Upon recognizing that argument, I suddenly found myself disagreeing with the statement. Intelligence is not our only weapon, but is, in most cases, the most effective of ones. Our other weapon is brute force, motivated by either natural instinct or conscious thought.

With that out of the way – and having proven that people can utilize different weapons to resolve conflicts, we can only wonder what motivates different responses. When does one draw the line between discussing an issue or simply fighting it out? There are two major factors: patience and urgency.

Patience: People, thanks to a number of different circumstances, have varying degrees of patience and acceptance of others. Two people with vast reservoirs of patience, say, two philosophers, can discuss an issue for hours on end, and never raise a fist. On the other hand, imagine two Spartans confronting one another. Instant battle, there is no room for words in that society. Such is the extent of patience.

Urgency: When an issue arises that has no time constraint on when to resolve it, there is little urgency (and therefore little stress) in pondering it. Take a common philosophical question: What is the meaning of life? That question does not demand an answer… Well, ever. And this is why few people take up arms in figuring out their purpose in life. There is no urgency to answering the question. Say, however, that you are working on a group project, and you have two days to complete it. You have some time, but not so much that you can simply discuss for months the best way to complete the assignment. There is some stress on you and your group. And with every second closer to the due date, the stress level increases a bit. We all know that one person who rarely carries their part of the project, and you have to practically yell at them to do anything. This still counts as using your intelligence to get a point to another group member, but it’s leaning much closer to the side of physical force. And when conflict is extremely stressful, people can often lash out at someone else to prove their point. Going to teen literature for this one, take Suzanne Collins’ The Hunger Games for example. Actually finding yourself in the Games would be an astonishingly stressful situation. There would be no time to discuss anything, physical confrontation is the only way to ensure that you are still around. Such is the importance of urgency.

How effective are the two? To conclude, I created a simple little diagram that sums up my thoughts on this.

Extreme physical force will effectively kill your opponent, ruining your chances to convince them. To physically dominate them results in them submitting to you, though never actually accepting your belief. Effective and intelligent communication has the most effective outcome; the less effective, the less convincing. And finally, total avoidance of the subject will have no effect.

All that being said, this is by no means a solution to this debate. I want to ask you reading this: Is intelligence our only weapon? What other alternatives do we have and how effective are they?

Thank you so much for reading – It’s been such a learning experience putting this together, from a simple school bus conversation into this post.

How I love debate.

2 thoughts on “Our most dangerous weapon”