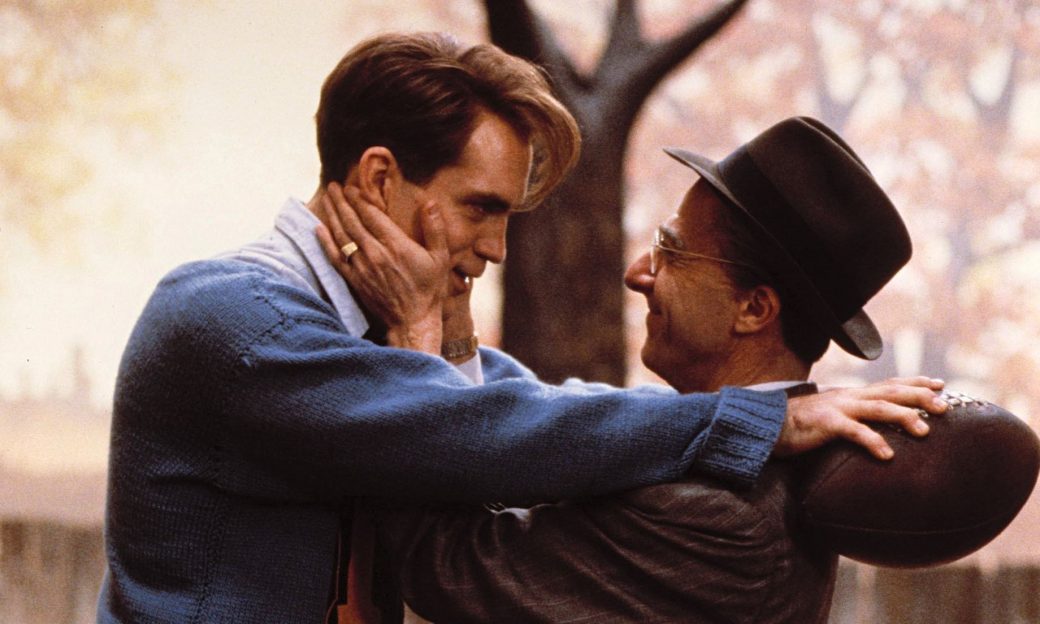 Death of a Salesman is quite an astonishing play, mainly because it hit home in all the places I didn’t want it to. It is honest about its own truths. One question particularly troubled me: Are Willy, Happy, and Biff to blame for what they did to each other? This lead to a second, bigger question: How can we distinguish between those who are fully culpable for their actions and those who aren’t; When does “my demons made me do it” become a viable excuse?

Happy, in particular, initially struck me as incredibly selfish. This was confirmed in the restaurant scene when he, out of embarrassment, denies knowing his own father, saying, “That’s not my father. He’s just a guy.” (115) How could Happy leave his father “babbling in a toilet” to enjoy a night out? In search for an explanation, I started considering Happy’s (lack of a) story. Suddenly, all the “Pop! I’m losing weight!” comments made sense. A familial dynamic I was blind to became apparent. Of course! Happy desperately wanted just a hint of the attention, concern, and praise endlessly doled out to his brother. Rather that developing fraternal jealousy, Happy simply learned to stop caring about what his father thought – about him at all – rather than pining for love he would never receive. Willy did love Happy, but not sufficiently, and Happy learned to reciprocate only a selfish, incomplete love. Perhaps Happy’s selfishness is rooted in Willy’s failures to adequately love him. Ah, Willy is to blame.

Willy leaves a neglected, tired, used-up wife and two very lost sons – oceans of bruised pride and love separating the three of them. Yes, he is pitiful and delusional, possibly afflicted with dementia, and crushed by the burden of inappropriate dreams; does this small, tired man deserve excusal from his wrongs because he is small and tired? Half of me curls my lips up in disgust at how the wreck of his life drags down those around him. The other half of me wants to extend my arms toward the idea of life’s poor Willy Lomans, Yes, of course I forgive you for what you did to your family! (not that my personal forgiveness means very much to a fictional character)

This latter half of me presents a convincing argument that mirrors the defense of Happy’s selfishness: Willy too was abandoned by his own father and brother. In a delusional conversation with his dead brother, he laments that this abandonment left him feeling “temporary” about himself. This expression refers to a lack of a solid identity, as if he were a hastily-pitched tent, liable to be blown away by a stiff wind. From this insecurity stems a fear of further abandonment and a subsequent need to be “well-liked” and impressive. This poor, insecure man, is just grasping for something solid. Linda sums this up: “Be loving to him, Because he’s only a little boat looking for a harbour.” (76) And so, I’m tempted to toss the blame back one more generation; an accusing finger bounces uncertainly from one to the one before.

Here appears the cycle of abandonment and resentment; what Willy (and Biff by acquiescing to it) did to damage Happy was done to Willy by his father and brother. With each generation, old mistakes are reborn in new ways and each person seeks to excuse his wrongs by invoking wrongs of those before him. Perhaps leniency should be afforded those who are victims of a cycle, blindly following the steps traced by ghosts of their past. And, evidently, this leniency must be afforded to many, many people. After all, who does not collect small, painful souvenirs from each encounter with these ghosts’ crimes, tucking the shards tenderly in one’s own heart. Is it only natural that people repeat mistakes made before? Does this hot-potato blame-game endlessly prevent anyone from being fully culpable? Perhaps. 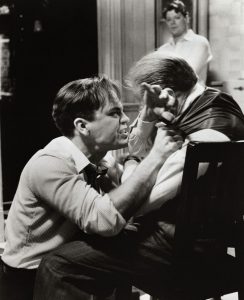 But take Biff, the son who laboriously clambered free from the tow of this vortex: why does he not end up caught in the delusions his father and brother share? It is due to a hard-won objectivity he alone possesses. After discovering his father’s affair, Biff loses the adoration he holds for the grand Willy of his childhood. He finally sees that small, lost boat for what it is and abandons ship. Though this shattering of illusion initially costs Biff his drive and fragile self-efficacy, it ironically grants him freedom from his family’s toxic cycle. This liberty results because he no longer reveres his father or his elaborate delusions; he is painfully ripped from this dream world while Happy and Willy remain spinning inside of it.

There is a great cruelty in this idea: that a child can only be freed from repeating his parent’s mistakes when he loses the impression that his parent is worth following. No doubt, his prized Biff’s rejection is death-dealing to Willy and he recedes further into the fantasies Biff learned to despise.

In striving for independence, Biff inadvertently pushes his father further from a safe harbour, a sort of misdeed in itself. Biff is caught in a seemingly impossible place – choosing between his life and his fathers – and he essentially chooses his own. He wants to save his father, but most of all he wants to be free: “Will you let me go, for Christ’s sake? Will you take that phony dream and burn it before something happens?” (133) Can Biff be faulted for choosing freedom? Willy refuses to give up his dreams, guaranteeing his own demise; is Biff culpable for his small part in this?

What also differentiates Biff from Willy and Happy is his unwillingness to play that blame-game. He doesn’t need to seem greater, or more faultless than he truly is. After he and Happy abandon Willy in the restaurant, he tells the truth to Linda while Happy attempts to play innocent. Biff calls himself “the scum of the earth” for this, albeit with a sardonic tinge, accepting responsibility for hurting Willy. Biff can see a bigger picture than the rest of his family – throwing blame is just another way of denying truth and feeding illusions. In accepting culpability for what isn’t entirely his fault, he breaks further away from the endless cycle of accusations.

Biff’s story proves that in spite of the imperfections of our forefathers, and the ease with which one can fall into the resulting well-trodden ruts, it is possible to painstakingly carve a new path. Rejecting blame and resentment allows one to do this, but often at great cost. Creating something new involves leaving behind the old ghosts and illusions; for Biff, this means leaving behind his family.

As Biff realises, placing blame is essentially useless, a distraction from forward progress. After all, in the Lomans’ case, everyone is partially at fault for what happened. Blaming is merely a lot of conjecture and excuses. Maybe those demons of the past people so often invoke in their own defense exist only because of refusal to let them go. Sometimes, as a result of a deep, deep hurt, they never quite leave. They may always hover and nudge, but one must choose to let go of their hand and to hold something better. Those demons may whisper, but it is a choice whether or not one pays them heed.