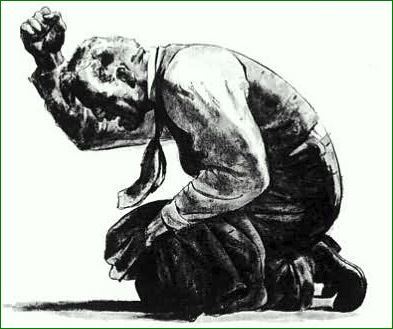 Note: I’d like to preface the essay just to show some gratitude for Megan, Siddharth, and Claire for teaching us and for inspiring much of what I have written about in the essay.On the Friday before the break, Megan Wilson had asked me to write this essay based on the Socratic discussion that we all had, and I’ve gathered my thoughts on the matter of how happiness and the American dream, when placed into contrast can be considered opposites.  Feel Free to criticize every mistake you see. ALSO I didn’t really go off a particular prompt, as I was only concerned with happiness vs the American Dream for the purposes of this essay, but the closest prompt I could match after I had written the essay is as follows.

Prompt: The forces that inhibit or encourage an individual’s actions

The promise of a better, brighter, and happier future is enough to incite and individual to dedicate oneself into the pursuit of greatness, it is literally the motivation behind all great feats that humanity has overcome throughout history. Yet, when this promise is based upon a lie; the lie that happiness and fulfillment are things that can be possessed like material objects, earned through a paycheck and bought like symbols of wealth and status. This is the reality of the American Dream, for years people have believed in the American Dream being some form of universal truth and have thus followed it like a religion; believing that only through achievement they will be able to possess happiness. It is in their misconception of the concept they find themselves upon the threshold of achievement, yet paradoxically devoid of happiness; the feeling of fulfilment and personal satisfaction. This is what Arthur Miller argues in his play Death of a Salesman through the character of Willy Loman. Willy spends his life as an old man dedicated to the pursuit of achievement as a form of validation to reassure himself of his usefulness and worth to his family and society, yet is torn apart by his expectations for himself not being met, an on top of that is faced with many harsh truths about his actions in the past. In his play Miller argues Death of a Salesman, that when an individual chooses to pursue glorified ideals in order to possess happiness, they are lost in an impossible journey to satisfy their thirsts for success and inadvertently distance them from happiness and become unable to experience it as a result.

Willy Loman is sensitive to change and the nature of time itself; he has difficulty in adjusting to the future and is also, arguably, not very present as a character; as he lives in the past. Willy’s unwillingness to move on with the future is evident in his constant complaining about the way how things used to be in the past; this is all due to the fact that he sees his sons grow older and become more independent, thus rendering him more useless by the minute. Willy Loman’s self-esteem is defined by work, by how much he can do and by how much he can earn and who he can support, the typical expectations for the American man who sought to bring up his family. Yet it is becoming increasingly clear to him that as his children grow up to become men, his role as the father who provides is no longer necessary. In Willy’s eyes, he was the integral part of his family, he provided for his boys and fed them and raised them, and in turn they idolized him, regarding him as the perfect father. The role the he played in his children’s youths had fed into Willy’s pride and self-esteem, and made him a man to be envied and respected by others, the man who provided for his family, the man who achieved the American Dream. It gave him purpose and something to life for. Therefore it is understandable to see why Willy Loman is so anxious to live in the present; it would mean sacrificing his previous role of the father who provides for all, to that of an old man who is dependent on others. Unable to accept the progression of time and the transition of roles, Willy chooses to live in the past, through relapses and complaints about the present, because he is mentally unable to cope with the present, selectively choosing memories and experiences to relive in order to experience the happiness that he once had, in doing so he attempts to preserve his sense of pride and purpose.

Willy’s inability to face failure incites him to search for new job opportunities as a means to validate his self-worth. He realizes that he cannot afford to spend the rest of his days wasting away like the mess that he is becoming, and instead chooses to make something of himself once again so that he may gain some independence and escape the reality of debt. Pride also plays a factor, as it motivates Willy to act. Ben Loman and Dave Singleman were among the greatest influences in Willy’s life, enormously rich, successful, dignified, and respected men which Willy had always dreamed of walking among. Willy could not accept the reality that he could be inferior to others, due to his former status as the ‘alpha male’. Therefore to solidify his stance and status as the ‘alpha male’ he reaches out to for more job opportunities. He approaches Howard thinking that he will get a job and once again, be successful and happy, yet he fails to recognize that due to his age and mental state, he is not a preferable candidate for the line of work that Howard offers, and consequently is declined. In the psyche of Willy Loman he defines happiness and success by the amount an individual achieves in monetary terms; the more money one earns, the happier he will be. Therefore, due to his self-proclaimed maxim, Willy had seen that he would deem himself a failure if he were unable to acquire a way of earning money. Having been denied the opportunity from Howard, Willy views it as a severed opportunity from earning money, being cut off from attaining happiness. Howard’s refusal to Willy is a critical point in the play, as it demonstrates the height and pinnacle of Willy’s insecurities and fears that finally come to life. At this point Willy sees the imminent person he is about to devolve into; the exact opposite of Dave and Ben. This realization if demoralizing to Willy, as it means that he could possibly lose everything that other respected him for, and as an American man, being inadequate to the fellow beside oneself was a disgrace.

In one more attempt to save his sense of personal security, Willy hides behind the monetary successes of his past, which are immediately revealed to be false; little more than a comforting lie to preserve a fragile sense of pride. This is another revelation to the character of Willy as it breaks to him the reality that he was a failure who was unable to amount to anything that he had set himself up for in the past; thus rendering him miserable. Disappointed by his inferiority Willy then turns a new leaf in character; becoming rather harsh, brooding and aloof towards his family members. He treats his wife, Linda, with more disrespect than usual which does not happen to register very nicely to his sons who speak out and demand he respect her; challenging his authority as the head of the household. Though Biff’s barrage and ridiculing does not stop there, Biff blames Willy for his own lack of success, essentially calling Willy a failure as a father. With such a fragile sense of pride Willy was not ready for other to question him in the madder that Biff did when he spoke to Linda with such disrespect and in turn is driven back into that past once again. This is another pivotal point in the degradation of the character of Willy Loman as he witnessed firsthand how a boy, who had idolized him, had become a man who spoke out against him and judged him for his transgressions. This leaves Willy to wonder exactly how far he has fallen. Filled with regrets Willy loses his sense of independence as he lacks the motivation to break away from his own self-destructive mentality and lets his depression get the better of him. His hallucinations of the past, no longer selective to the pleasant memories, reveal to him his mistakes and inadequacies, further degrading his own regard for himself. His lack of productivity and honesty towards his family had turned him into the very opposite of what he had desired to be in the beginning. This thought broke Willy as he had worked his entire life trying to build himself up into the perfect and respectable man only to become exactly the opposite. Now he identifies himself a failure as a worker, husband, and father, Willy has lost his sense of perseverance and resolve; which could have saved him in the latter half of the play from himself. Unable to achieve happiness, Willy gives up for the first time in his life and resigns the will to live. Willy’s resignation life itself is based upon the consistent stress that he was unable to cope with properly in his life, causing the slow deterioration of his mind and character. He, unlike his idols was unable to overcome the hardships and emerge extremely successful, causing ultimately a loss of self-respect, which further motivates his illogical actions at the very end of the play, leading to his suicide. Yet it is due to a sick twist of fate that Willy actually does become like Dave Singleman in the end; they both had become dead salesmen.

Miller Argues in his play Death of a Salesman, that when an individual seeks to attain a thing like happiness through consistent success and validation they are lost in the never-ending pursuit to satisfy a desire for achievement that results in them actively working against their own self-interests, leaving them to feel unfulfilled as a consequence. Willy Loman is a perfect example of this concept. Throughout the play he struggles to be happy and content, seeking every opportunity to prove himself useful in order to satisfy his expectations for himself as a man and when he is unable to meet those expectations his will breaks. It is the misconception of what happiness is that causes characters like Willy Loman to consistently act against their self-interests rendering them miserable. The unspoken truth about the American Dream is that it is a lie told to people to make them believe that happiness and personal satisfaction is a possession that they can earn in something as trivial as a paycheck. Happiness is not a possession, it is an experience and therefore cannot be chased after, it is something that fulfills, and therefore cannot be attained through a belief that ultimately drains an individual.