“Art is so pretentious.”

“If I were to scribble on a canvas, would it be shown in galleries?”

“Anyone could have done that. Why is it even considered art?”

In the preface of his novel, The Picture of Dorian Gray, Oscar Wilde famously declared that “all art is quite useless”. The statement is not untrue; no distinct purpose is conveyed by the physicality of art, certainly not in the same way as, say, a hammer or a nail. If art was meant to convey a specific idea instead, the very need to justify the existence of modern art should serve as proof of art’s failure to be an effective communication method.

Except that is not fully true; art has meaning, and artists are always attempting to make a point, even if that point is the epitome of nihilistic views—that everything, and art in particular, is meaningless.

“But Tarannum,” you may cry, “why does the point matter at all if the execution is silly? Surely the highly skilled artists of the past would be ashamed at the complete sham art has turned into.”

Then you may cite evidence such the picture below to top off your argument. 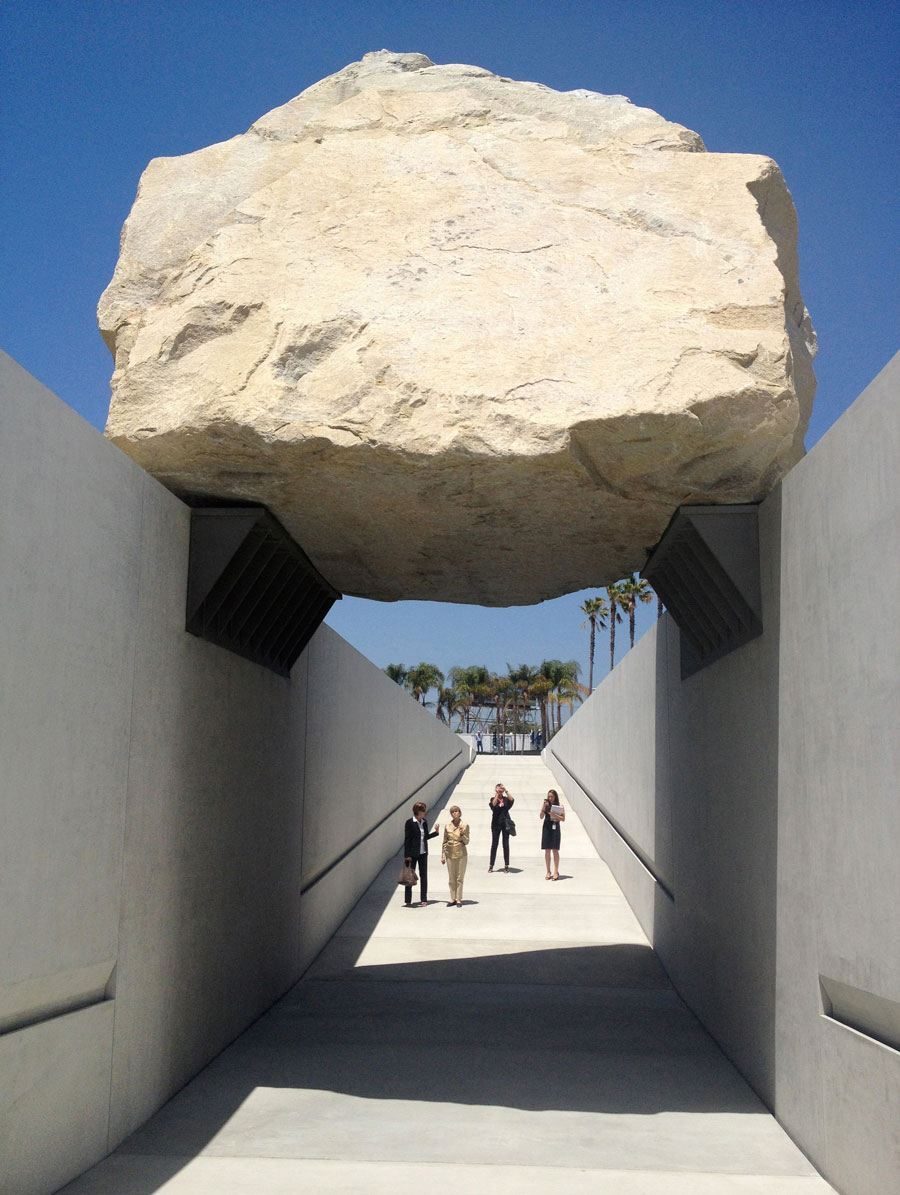 I do not blame you for being bitter about the antics of artists. There is undoubtedly a perceived drop in the amount of skill going into art today in comparison to the renaissance movement or romanticism or even impressionism. This viewpoint, however, fails to acknowledge the important roles of history and technology, and does not at all address the changing roles of artists in society.

“But Tarannum,” you may cry again, “that doesn’t change the fact that the artwork is literally just a big rock. A big rock!”

No, I can not explain away all of the modern art; I don’t know what the artist intended with this piece—is it a metaphor for life? Does it intend to draw attention to the space use? I don’t know. And it’s fine to not understand.

It seems unreasonable to me, however, to condemn all modern artwork because you don’t understand one piece. When you do, you cut off your future experience of art, and the likelihood of finding a piece you like goes from ‘low’ to ‘non-existent’. And though I don’t know what art is, I am certain it is important enough to be a distinct part of our humanity, and so it would be unfortunate to not even make an attempt to understand it. It is sad to think one piece could ruin a person’s entire experience of something—and it is something I would like to remedy if I could.

Take this piece by Felix Gonzalez-Torres, Untitled (Perfect Lovers). Let’s look at it from a critical eye, shall we? There are two store-bought, mass-produced clocks put side-by-side. The clocks are in sync. There doesn’t appear to be much about the piece that would make you think “now this is art.” 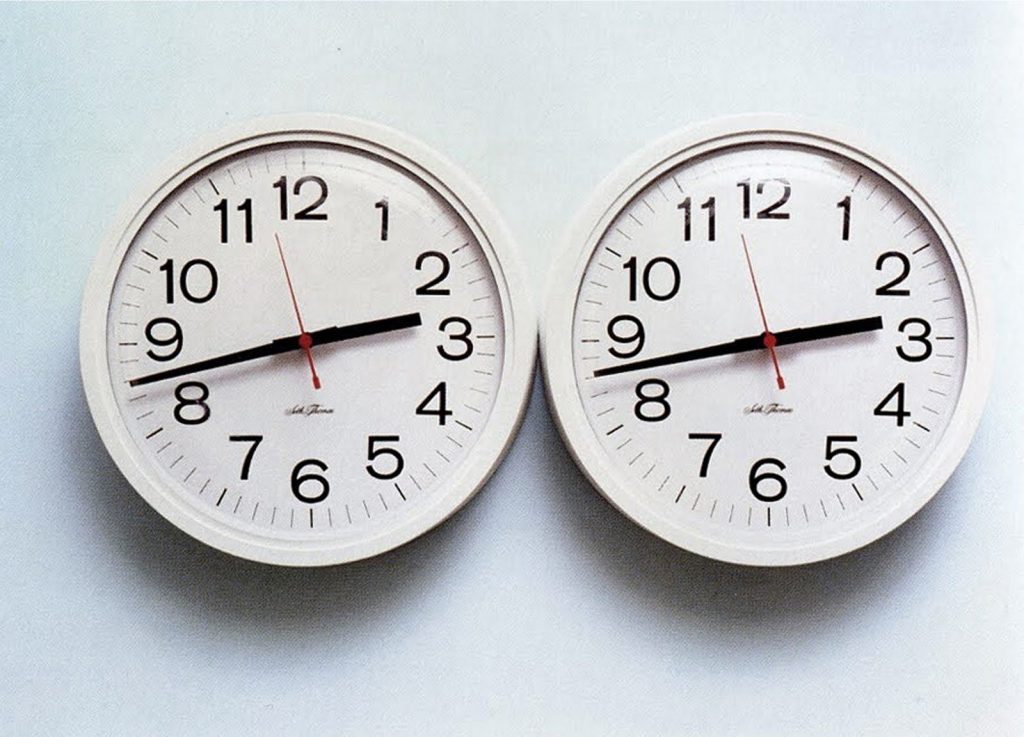 The first hint we get of what the piece actually means comes from the title—more specifically, the “perfect lovers” bit. Two lovers, side-by-side, ticking in sync.

“With the understanding that eventually they might go out of sync”? This is a rather paradoxical statement if you consider the connotation of the words “perfect lovers”; love, perfect love, should ideally stay synchronized. And though we revere and uphold this ideal in our minds, the natural state of the universe is to fall towards entropy (as we know from Newton’s Second Law of Thermodynamics), and therefore we know the clocks are fated to fall out of sync eventually.

The final hint we have about this piece is from Felix Gonzalez-Torres himself; you see, he was an openly gay man during the time of the AIDS crisis. His long-time partner—who Gonzalez-Torres referred to as his perfect other half—was Ross Laycock, who contracted AIDS in 1988.

Ross was born in Calgary, Alberta; he wasn’t all too different from me or you.

Their relationship stayed strong even as Ross grew weaker; in 1991, he died of an AIDS-related illness. Later that year, Felix Gonzalez-Torres released a white version of Untitled (Perfect Lovers). Here is a letter from Gonzalez-Torres to Ross from 1988—though the letter is not displayed with the piece, the connection is evident. 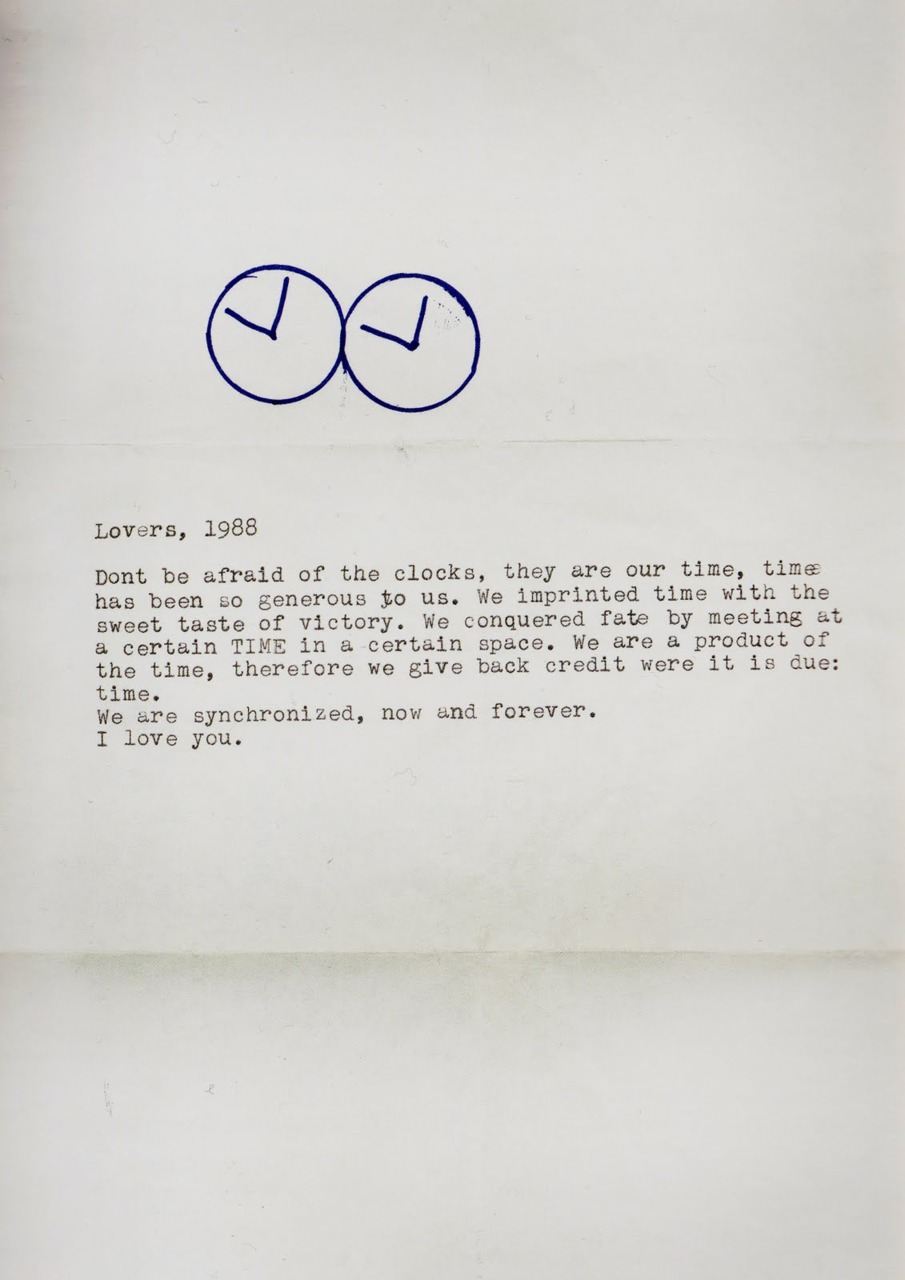 Felix Gonzalez-Torres died, also of an AIDS-related illness in 1996. Much like the clocks, the two lovers’ times were not in sync, and Gonzalez-Torres was burdened with the curse of living on.  Their story is beyond the happily ever afters of Disney movies—this was their reality, as shown by this correspondence between Felix Gonzalez-Torres and Carl George from 1988, who was a close friend and witness of their relationship. He saw firsthand Felix’s pain after Ross’ death. 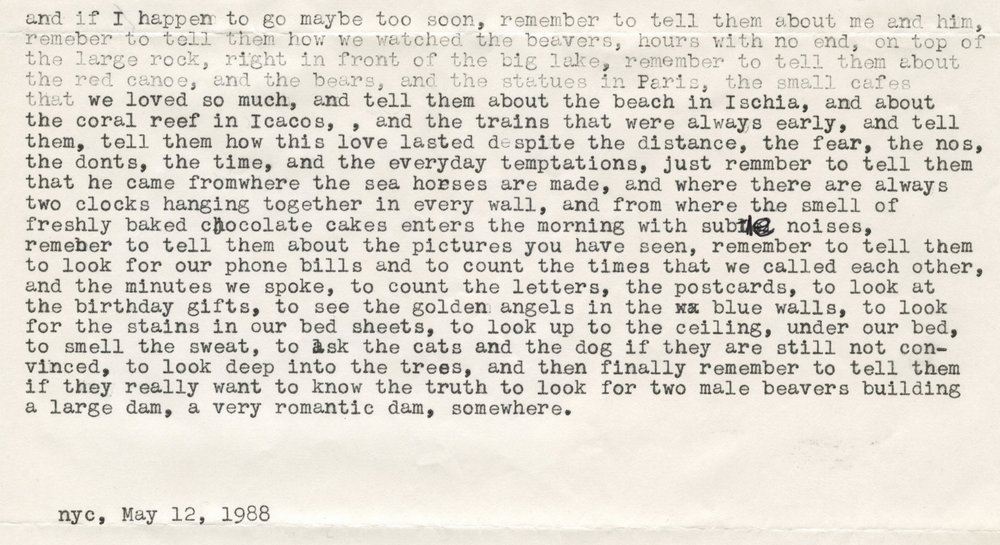 Perhaps I am just soft for sentimental emotions, but I like to think that the main reason I admire Felix Gonzalez-Torres’ work is because of the balance of emotion and thought in every piece. His work seems much more a record of his mind than anything else, proof that there was once a human there, a human who was happy and sad and got angry and loved and lost, a human before an artist.

Though I have never met him or seen any of his work in person, I feel a connection to this man, someone who treasured the mundane moments and invited viewers into his own life through the hints given in each of his pieces. And though his art is personal, it is still general enough for people to create their own understanding of what the work represents.

No, not ever modern artist will be romantic or poetic in the way Felix Gonzalez-Torres was, and it would not be fair to expect them to be.

All I ask is that you give the art a chance, and while not every set of two clocks placed side-by-side will be a complex metaphor for life and love, even the mundane or the strange can take on meaning under the right context.

So yes, even a big rock can have meaning; now it is only a matter of the extent to which we choose to explore and embrace said meaning. Certainly, a five-year-old could have put two clocks that look the same side by side. But does that make it the same as Untitled (Perfect Lovers)? 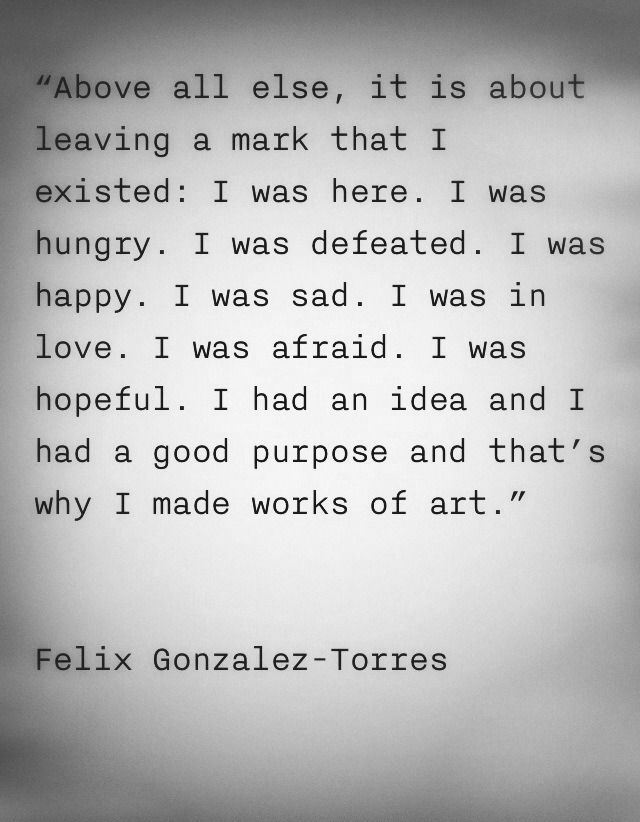 Ultimately, it is up to you to determine the meaning; no one else can tell you how to feel about an art piece.

A note on the diction in this piece: “modern” as used here, is referring to the modernism, postmodernism, and post-postmodernism (I never said that artists were good at naming things) movements; because it is difficult to distinguish the exact divisions/dates between these three movements, I used “modern art” to mean “contemporary art” to prevent confusion, as everyone knows at least some examples of rather questionable “art“.

6 thoughts on ““A Five-Year-Old Could Have Done That”: The Case for Modern Art”