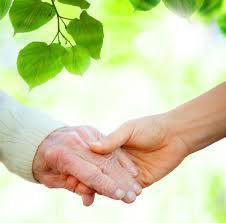 I wonder, why do we always forget more when we age? Sure there’re scientific reasons researchers found to explain the phenomenon of dementia, but I feel as if the seniors in our society are deemed as outcasts. Why does our society only treasure the youth and working demographs, and just toss our elders into a senior home? I really dislike the idea of them.

In my culture, and many others as well, elders are valued, and it would be our duty as younger individuals to take care of them. I would never even consider putting my grandparents into a senior home. I feel as though that action would mean to cast away the bonds you created with them. Although, I know many would disagree with this point, but I guess it was just the way I was brought up; you take care of them to the very end.

Opening Minds through Art; in other words, OMA–the program for seniors to help them better cope with their dementia. Currently, I am volunteering at the Bow View Manor Senior Home. The program consists of a volunteer pairing up with a senior, and then doing an art project once a week. My partner (who’s a really nice lady), is part of the secure unit; her dementia is 3/6, which is a measurement for how much a person is in the stages of dementia.

My experience walking through the secure unit floor was a bit, in fact, scary. As I walked down the hallway following one of the workers, I heard screams and wailing from some of the rooms. I heard, “Don’t come near me!” Repeated multiple times in a row, and one man visibly shaking as he walked to the table for some water. The cruelest, and unwanted thoughts invaded my head; how were they living? Their memories are forgotten almost in an instant. They mutter to themselves, seeking attention. One senior called out to me, asking what my name was, pleading with me to come talk to her. I felt as though they were barely hanging onto the strings of life, and were merely existing. The room’s atmosphere is almost unbearable with the smell of rubbing alcohol, loneliness, medicine, and death. It was total chaos. My partner was too tired to meet with me that day, so I didn’t get a chance to see her. The secure unit was so much more different than the other floors; I felt relieved as my group left the floor and headed back to the office.

The next week, I met my partner, shook her warm hands and smiled, as we were taught to do. It was an absolute pleasure to work with her; she was so sweet. Her presence felt a bit like the little old grannies you know who baked cookies all time. She was a former artist, an oil painter, and she told me all about her stories of selling her pieces. I grinned as I watched her paint the background of the piece and showered glitter all over the page. She kept saying that it wasn’t really nice, and that it was the first time doing this sort of thing. The instructors told us to encourage them to like their picture, and compliment them as much as possible. We were also instructed to name the piece at the end, and she kept saying it was a mess. I took the reins and asked her if she wanted to name it “Sparkles”, because she called the glitter sparkles instead of glitter. (You see, I am very very bad at making up titles.) In the end, however, as she continued to murmur how messy it was, we decided to name it a “Beautiful Mess” instead. My partner repeated over and over that I was a good teacher, and each time I beamed at her and said thank you.

However, the program consisted of singing a song at the beginning of the project and the end. One was, “This Little Light of Mine”, and “You are My Sunshine”. I found that the songs were a bit too much..? The songs kind of sounded like children’s songs, and I felt that it wasn’t really respectful to treat the seniors like children. Although, my partner thoroughly enjoyed singing both songs, so I won’t think too much about it.

Another interesting fact the workers told us was that the seniors’ dementia would worsen during the time of the full moon, or when the weather is drab or cloudy. One of the workers sensed our disbelief and reassured us that it was true and scientifically proven. It blew my mind to learn about that, and it made me wonder how connected people were to nature.

The second week I came once again, and I was happy to learn that she remembered who I was (She didn’t remember my name however, but I was glad nonetheless). This week, we were instructed to tape yarn over the page, paint over it, and dab metallic colours  (and add glitter, of course). My partner had more trouble doing this week’s project, and she kept asking me what I would do. I encouraged her that it was beautiful, and she named it, “Flies in the Dark”.  After the session, I pushed her wheelchair back to the secure unit, but this time I was calm. So far, I have enjoyed being with her, and will continue to be her partner for the next 6 weeks of the program! One of the workers further explained that the floor was kind of like a “locked floor”, in case the seniors wandered around and ended up somewhere they didn’t know. The head worker gave her closing remarks, and I walked back to school in the rain.

8 thoughts on “Opening Minds Through Art”