White is a quiet and peaceful expression of childhood – it is pure, innocent, virtuous. White exists as a perfect combination of every colour in the spectrum – it is equal, perfect, whole. White is angelic in its composition – it is divine, ethereal, soulful.

White, throughout Oscar Wilde’s The Picture of Dorian Gray, is the colour ascribed to Dorian himself, the colour that carries him through his transition from virtue to villainy. White images and references can be used to trace Dorian’s fall from grace, and as such its meaning evolves beyond usual connotations of innocence and blankness, changing in relation to Dorian’s character.

Even before Dorian himself can be associated with white, Basil Hallward describes how when he first met the eyes of Dorian Gray, he “felt that [he] was growing pale” (10). Here, it can be seen that the novel’s first reference to the colour white alludes to it being a subtly powerful and quietly forceful colour; white causes Basil to become entranced with Dorian and lose all sense of independence.

Meanwhile, Lord Henry, while listening to Basil speak, is “pulling [a white] daisy to bits with his… fingers” (10). Here, the use of white foreshadows Lord Henry’s role in the degradation of Dorian’s character; just as he tears a white daisy to pieces, he will also play a hand in tarnishing Dorian’s white purity.

Yet as the narrative continues, Dorian himself begins to be characterized by white; he possesses a “rose-white” youth 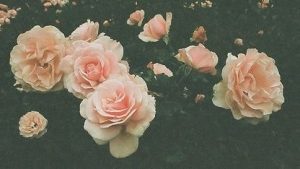 and “the white purity of boyhood” (21), looking as if “he was made out of ivory and rose leaves” (6). Here, classic connotations initially come into play; Dorian’s innocence and beauty are described by the unstained purity of the colour white. Dorian himself is a blank canvas, soon to be painted upon by both sin and immoral guidance. White, therefore, also represents vulnerability – it is the white, pure, and unalloyed quality of Dorian’s nature that attracts Lord Henry’s influence upon the innocent boy in the first place.

As Dorian discovers a love for the naïve and delicate Sybil – who is described as a “pale rose” (73) and who, after kissing Dorian “[shakes] like a white narcissus,” (74) – the innocence of this newfound emotion is also described by references to white. Here, white appears to represent everything good, bright, and beautiful, also expressing the lovely lightness of discovery. Dorian relates Sybil to the colour white so as to elevate her above a dirty, common humanity; in doing so, he gives her an angelic status and worships her divine beauty and perfection.

However, it is here that white also shifts to represent falseness. Dorian thinks of Sybil as a work of art to be appreciated rather than a human being to be loved, and his desire for her – represented in white tones – is only ever temporary and melts away like springtime snow. White begins to suggest distance and emptiness. Though Sybil’s physical beauty is intact, her acting suffers as a result of her love for Dorian, and though “the curves of her throat were the curves of a white lily [and] her hands seemed to be made of cool ivory… she was curiously listless” (80).

The passion for Sybil that he once cherished is quickly replaced by a cold emotionlessness, leading the now “proud, pale, and indifferent” (82) Dorian to reject her. The colour white takes on a new meaning; rather than representing Dorian’s purity, it comes to symbolize his capacity for cool cruelty, thus recalling that white is a powerful colour, which was established at the beginning of the novel.

In the aftermath of Sybil’s death, her body is described as “little” and “white” (103), which emphasizes the weak and empty ruin of her purity. White – so soon after being symbolic of life, love, and vivacity – changes to accommodate symbolism of death. 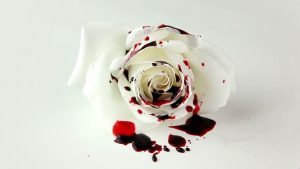 Like an unwashed shirt, Dorian’s purity easily becomes coloured by the stains of yellow sin from the yellow book and pursuit of yellow euphoria. As Dorian colours himself with a spectrum of sins, he also rejects association with white things. He is careful, when ordering flowers, to request “as few white ones as possible” (163), as if white has come to represent judgement, acting as an unwelcome reminder of what innocence he has lost. Dorian also spurns the prospect of redemption when Basil invokes whiteness after learning of his friend’s tainted purity: “though your sins be scarlet, I will make them white as snow” (149).

As Dorian becomes haunted by James Vane, white continues to represent judgement and the looming threat of death, also becoming the colour of consequence and fear. He sees the James’ face “pressed against the window of the conservatory, like a white handkerchief” (187) which inspires Dorian to grow “pale with terror, [as] the air seemed to him to become suddenly colder” (189). The power of white as a colour now turns against Dorian himself.

Here, at the height of his corruption, when both the symbolism of white and his soul have been tainted by sin, Dorian begins to feel “a wild longing for the unstained purity of his boyhood, [his] rose-white boyhood” (206). But his white soul has been blemished with bloodstains and painted with vices, no longer the light, blank canvas it once was.

After all, white things are easily stained and ever so difficult to clean.

The transformation of white as a symbolic colour throughout the novel mirrors Dorian’s own transformation. Both he and the colour white begin as idyllic, innocent, and beautiful, only to become cold, empty, and threatening. The contrast of white’s symbolic meaning from beginning to end – from purity to corruption – therefore highlights the evolution of Dorian’s soul.

Over the course of the novel, just as the good and beautiful Dorian discovers his own capacity for sin, so does this classically pure and delicate colour discover its own capacity to reflect moral depravity.

White is a beautiful colour – but beautiful as it may be, it is also impressionable and easily tainted.

White is a beautiful colour – and it will haunt you.

6 thoughts on “The Colour of Corruption”