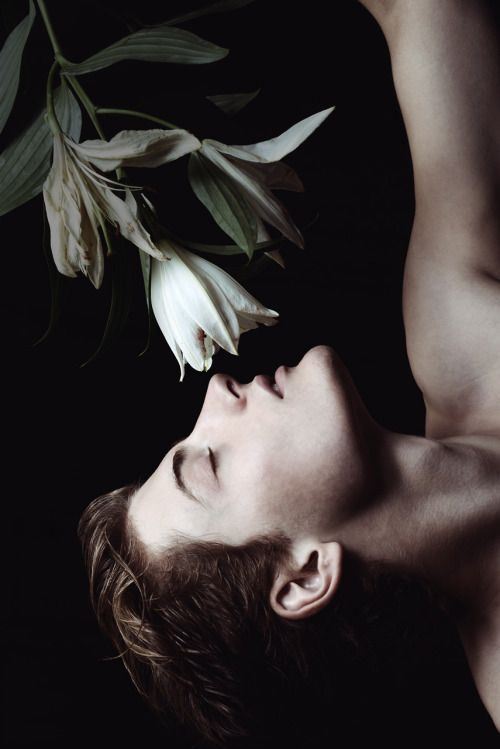 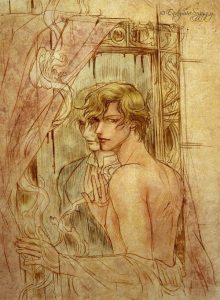 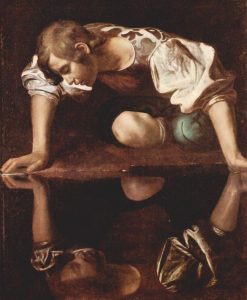 A main theme that is expressed in the book is narcissism, Dorian Gray is so enamored by his own appearance that he cannot properly experience the world around him. At the beginning of the novel, Dorian is a white narcissus, in a sense that he is exquisite and untainted, but is unaware of the power his beauty holds. Later on in the novel there is an actual mention of a white narcissus, “She trembled all over and shook like a white narcissus.” (Wilde Chapter 6), where Dorian describes his lover Sibyl; and although he is no longer that stainless flower, Sibyl represents innocence and purity which pertain to the connotations associated with the colour white. The first mention and foreshadowing of Dorian’s development into a vain character is when Lord Henry speaks his opinion on him to Basil Hallward,  “Why, my dear Basil, he is a Narcissus, and you- well, of course you have an intellectual expression and all that.” (Wilde Chapter 1). In Greek Mythology, Narcissus becomes so captivated with the reflection of himself in a pool of water that he cannot leave it. Narcissus’ obsession with his reflection is similar to Dorian’s obsession with his portrait, “Once, in boyish mockery of Narcissus, he had kissed, or feigned to kiss, those painted lips that now smiled so cruelly at him.” (Wilde Chapter 8). There are many parallels between the two characters as they are both pleasure seekers that are too self absorbed to love anyone else but themselves, are young and handsome, and have both dismissed the people that cared for them. It can also be inferred that Echo, a nymph who was rejected by Narcissus and later died of grief (because of her immense love for him), is very much alike to Sibyl, who takes her own life when Dorian breaks her heart by saying he no longer wants to see her, alongside other hurtful words. Ultimately, the cause of the downfall for Dorian and Narcissus is due to themselves. There are different versions explaining how Narcissus ended up dying, but it is commonly known that a flower that bears the same name as him had bloomed at the spot where he had died. Dorian, on the other hand, dies because he attempts to stab his portrait in hopes of getting away with destroying the evidence of his sins that persisted to haunt him. The narcissus flower and the portrait of Dorian are symbols that represent their immortal, unchanging, and unrealistic beauty.

When true love fails to overcome what is foreseen in the beginning, likewise to Narcissus, Dorian is unable to snap back into actuality, and solely seeks satisfaction within the pleasure his appearance gives off. Their misguided love and will to live is based around self-indulgence (hedonism), alongside that, their attributes of excessive pride and self-worship lead to their demise- loving too much of anything seems to not only result in tragedy (shown through Sibyl and Echo as well), but also result in turning a blind eye to what truth and reality have to offer.

6 thoughts on “Pleasure Found Within Allusion”