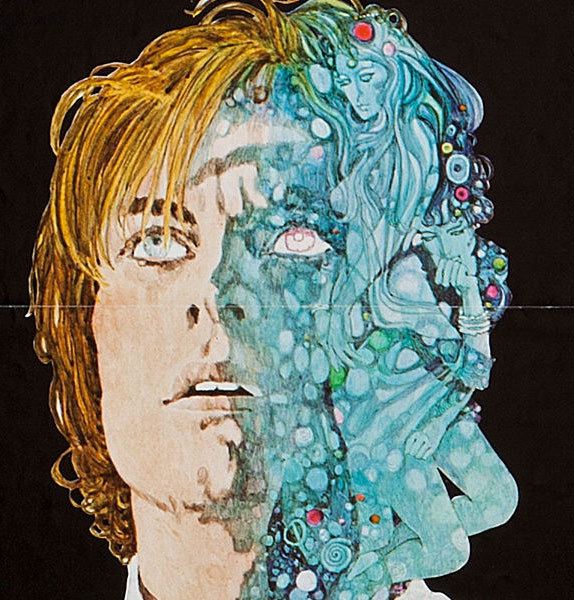 The following is an analysis of a quote pulled from chapter six of The Picture of Dorian Gray. It is said by Basil Hallward upon being informed that Dorian is to marry Sybil.

“But think of Dorian’s birth, and position, and wealth. It would be absurd for him to marry so much beneath him.”

When Basil Hallward is informed that Dorian will wed Sybil, a “little actress”, he replies as such: “But think of Dorian’s birth, and position, and wealth. It would be absurd for him to marry so much beneath him.” Basil’s reply is an appeal to the reader’s logos as it was a social construct for individuals to marry another of the same social status. Basil’s response to Dorian’s engagement is logical because Dorian and Sybil’s romance is parallel to Dorian’s mother and father’s relationship. Pointedly, Dorian’s mother was high class and rich (like Dorian) while Dorian’s father was low class and poor (like Sybil). Due to this parallel

, Basil’s argument is foreshadowing how society will not approve of their marriage and therefore decimate it – as was what had happened to Dorian’s parents.

Following this quote, Henry rebuttals by saying that Dorian would be a “wonderful study” if Dorian were to take a wife and mistress, this suggests that Henry makes a spectacle of Dorian’s life as if Dorian is Henry’s personal object. Despite not caring that Dorian is getting married, Henry does hold value to Sybil’s life but only as a pawn in Dorian’s life, as Dorian’s relationship with Sibyl is the first major casualty of the devotion to sensual pleasure inspired by Lord Henry in Dorian. This is agreeable for Lord Henry because he believes that through this engagement Dorian will be making a spectacle of himself, thus contributing to hedonistic values and lifestyle. When Basil’s argument is countered by Henry who believes that Dorian would be “a wonderful study” if he were to marry and take a mistress, reflects how Wilde is making an argument for and against aestheticism with Basil being against and Henry being for. In other words, Basil is in support of the societal norms displayed in the Victorian Era whilst Lord Henry is in support of a more hedonistic lifestyle. 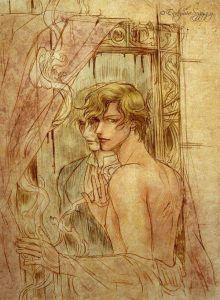 eauty above all else allows Dorian to confuse his love for Sibyl’s acting with a love for Sibyl herself, thus making Dorian believe that it is “normal” to marry Sibyl; however, it is – in reality – art that Dorian loves, not Sibyl. This in itself is foolish because it was Lord Henry who influenced Dorian to sway from social expectations in the first place and it was Lord Henry who showed Dorian art. Once Dorian arrives, despite the influence Henry has exerted on him, he seems very pragmatic about adhering to social expectations, which in society’s eyes is seen as wise rather than foolish, with the latter being what Henry believes to be true. In addition, Dorian’s high regards on artistic beauty is a way for him to escape reality, and when Sibyl became the real Sibyl and not art, he lost all feelings of infatuation because he could no longer escape “into” her, thus leading to an apparent theme of art being an ideal that isn’t aligned with reality.

The ending of Dorian and Sibyl’s relationship acts as the catalyst and turning point in Dorian’s life. Dorian, who was seemingly innocent prior to Lord Henry’s influence, completely embraces a hedonistic lifestyle, thus proving Basil’s quotation to be true – he does not end up marrying “so much beneath him”. However, this is only as a result of Sibyl’s incompetent acting, therefore, diservicing art in Dorian’s (Lord Henry’s) eyes.  Basil’s quote comes true; however, it was not as a result of Dorian and Sibyl’s differeing social stratifications but rather the result of Lord Henry’s influence on Dorian. Along with her death, Sibyl takes parts of Dorian’s beauty to the grave because his soul’s beauty diminishs for the first time in his life – as seen in the portrait. Dorian’s soul is burdened with guilt after Sibyl’s death, but only for a brief period before Lord Henry and the Yellow Book push Dorian to an unfortunate lifestyle in ferocious porportions.

Basil is the physical manifestation of the Victorian status quo which leads him to believe that Dorian will not marry “beneath him”. However, the aforementiond idea is a fallacy because it was Lord Henry and his hedonistic influence on Dorian that breaks off the two lovers’ engagement. Lord Henry, is the physical manifestation of Hedonism and the Aestheticism, which causes Dorian to fall more in love with “art” than the artist – Sybil.

4 thoughts on “Dorian Gray and Sibyl Vane: The Artistic Beauty of the Damned”