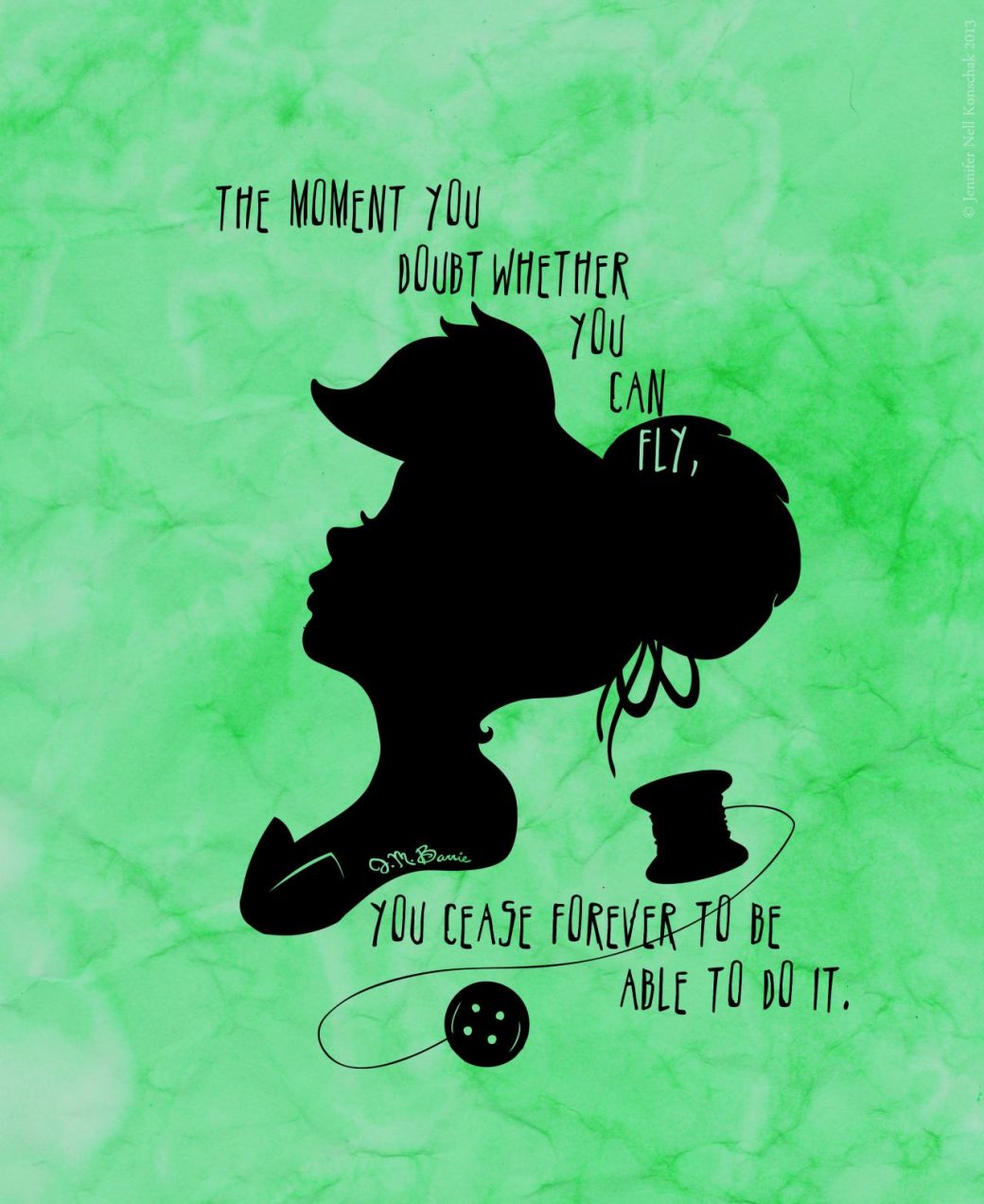 Ever since I was little, I wanted so desperately to fly. I wanted to press my palm into the fabric of the sky, paint the earth with the colours of the sunrise. Flight occupied my dreams, my breath, my words. Childhood’s carefree nature formed my wings, and I would soar forth and converse with the wind, connecting the stars as I blew past them. I suppose that, somewhere in the back of my mind, I knew that people grew tall and old and dreary, but I was never the girl growing colder and sharper, the girl who, all of a sudden, had the so-called ‘wisdoms’ of the world whispered into her ear and filtered through her lips to form words deemed ‘important’ or ‘forward-thinking’. Growing up was a thing only silly people did too fast, and so I stopped thinking about it in hopes that it would somehow delay the process. I never realized how I wished to remain a child, hold onto some semblance of pure innocence, until sitting in my room, staring out the window, I met Peter Pan. 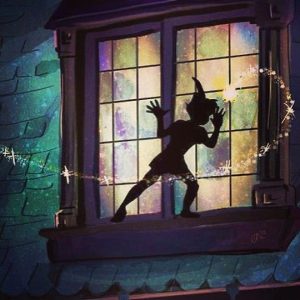 When I first read Peter Pan, I was utterly captivated. It was tastefully different from the Disney version, and much deeper than I had initially presumed. On the surface, it was a book about a little boy who was gay and innocent and heartless, as all children are. It was about a boy who took children on adventures that adults only faintly remembered, a boy who would never grow up and would forever remain untainted by adulthood. As I read however, I realized Peter was much more hurt than he let on. When, after leaving for Neverland, he finally returned to his house, he found the windows of his room barred and another little boy in his bed. He lost the place he held in his mother’s heart, and since then has been trying to build a place for himself in the hearts of others. Despite the fact that he’s been cheated and scared, he ends up forgetting the injustices done to him, and the people who meant something to him. He has the luxury of forgetting everyone but the one person who hurt him the most.

What really gets me, though- more than the mother’s betrayal, the barred window, Wendy’s eventual growing up- is when he forgets Tinkerbell after her death. That was the first time I cried after reading a book. I didn’t-and still don’t- understand how you can so casually forget someone who loved you so dearly, someone who you claimed meant the world to you. Tinkerbell was willing to give her life for Peter, and he forgot her in a heartbeat. I think that was the moment I realized just how brutal children can be. I finally understood why J. M. Barrie insisted that children were ‘gay and innocent and heartless’. Peter Pan forgot, as children often do, that the people you love should never be taken for granted. You can’t expect people to wait for you forever, after you’ve left them hanging for so long. Childhood is so incredibly cruel that way; you think yourself the darling of the universe, you’re convinced that nothing can go wrong, and when it does, you find your childhood innocence lost, enticing yet another poor fool. That doesn’t make it any easier to say goodbye to it, though. Somewhere, in the heart of the night, the depths of melancholic nostalgia, you find yourself wishing once more for the carefree frolic, the playful purity of youth. Just one more taste would suffice, you swear, but time won’t budge, won’t heed to your pleading. 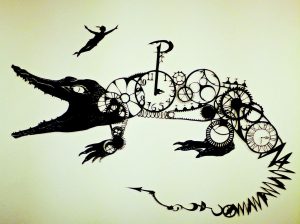 As time goes on, little by little, I’m learning to grow up. It’s terrifying but necessary, something I must do, even though I’m reluctant to. If anything, I think I’ve realized just how temporary my youth is. I can’t put off things on tomorrow if I truly value who I am and all that I stand for. Ultimately, my goal is to be a good person, and growing older doesn’t stop me from that. In a sad sort of way, it makes me someone people are more willing to approach me, because a child’s words are less valued than those of an almost-adult. Despite all this, I don’t think I’m ever going to fully let go of Peter Pan and Neverland. I’m going to hold on to the small, childlike part of myself, because, as Leonardo da Vinci has said:

“Once you have tasted flight, you will forever walk the earth with your eyes turned skyward, for there you have been, and there you will always long to return.”

Growing up doesn’t have to mean leaden legs and heavy hearts that weigh you down. There has always been a deep desire in me to reach for the clouds, graze my fingers across the ocean of blue air and feel a piece of the sun glide between my fingers. I’ll never forget the taste of flight and childhood folly, I’ll never forsake it. I’ll just learn a different way to soar, because somewhere inside of me is the girl who wished for as long as she could that fairies would flutter into the windows of her heart, if only she left them open long enough.

The Symbolism Of Flight In Children’s Literature

6 thoughts on “Growing Up in Neverland”