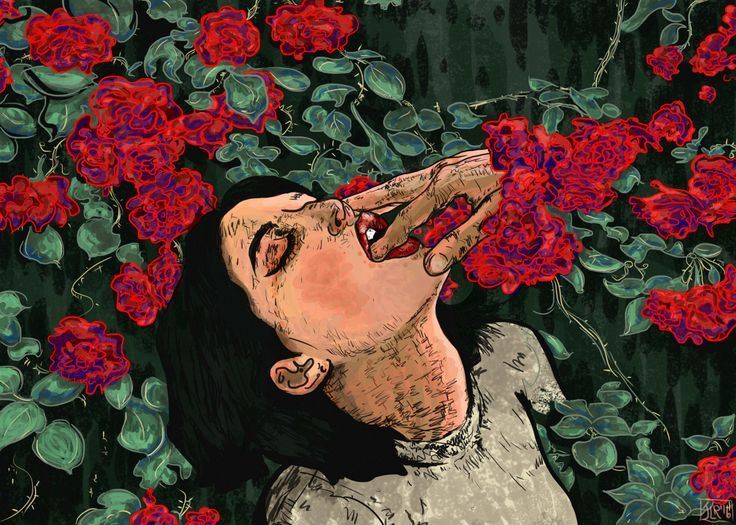 Upon reading Oscar Wilde’s The Picture of Dorian Gray, I began to feel a hopeful, wistful sort of empathy for the tortured main character – Dorian Gray himself. I think I’ve always seen the world through rose coloured glasses, for everything is so much lovelier when masked by shades of innocence. Perhaps that’s why I started to love Dorian so much. Through him I saw the fleeting days of my youth and the physical beauty, made of “ivory and gold”, which I so often cling to. In the beginning, he was a blank canvas. Just as I was.

As time progressed, he fell under the influence of two men: Basil Hallward – the idealistic painter who worshipped Dorian profusely, and Lord Henry – a man of epigrams, cynicism, and paradox. Basil painted Dorian’s body; Lord Henry, his mind. Sooner or later, Dorian became a byproduct of the artists. He, the art, represented all the wonderful and tragic things – absent of reality. Dorian was neither beautiful nor intelligent until Basil and Lord Henry made him so, and I was neither beautiful nor intelligent until the world made me so. Men made me desirable, teachers made me perceptive. They painted my blank canvas every time their influence began to seep under my skin. Red for lust, blue for intellect, blush for loveliness, lavender for youth.

And now, I’m going into the world as a canvas full of other people’s artwork, and I don’t know how to paint to save my life. As Wilde says, “Every portrait that is painted with feeling is a portrait of the artist, not of the sitter.” So, where do my feelings come into play? What use does the sitter have if they are living vicariously through the art they inspire?  This is where the facade stems from – my utter lack of both control and identity. Humans often create beautiful illusions of everything they want to be, and this ideal is usually unattainable. As long as I have my facade, like the one Dorian created while he was submitting to sin, I am safe. Untouchable. Until, of course, it starts to influence my soul.

One of the quotes in the novel that both confused and intrigued me the most was in one of Lord Henry’s epigrams. He muses, “That is one of the great secrets of life – to cure the soul by means of the senses, and the senses by means of the soul.” I’ve begun to wonder now what my soul would look like if every sin I committed was etched into my face, skin, and body. And when I think of ways I can cure the soul from this facade I have created and upheld for so long, the only thing that comes to mind is poetry. I find truth, love, and heartache through the words I write. It flows out of my veins like blood, whether I want it to or not. Although my mind and body may have been painted by everyone around me, only I can paint my soul. So I will paint it through poetry.

The following poem represents my facade (the monochromatic castle) being influenced by the purity of love. It reveals the truth in my heart and soul through the imagery of a barren garden being filled with roses – a common symbolic element in Oscar Wilde’s work.

i want the roses to bloom (forever.)

you and i met

at a crossroads between

in our monochromatic castle

we had built out of

fear, out of pride.

and then, in a garden

that had been barren

you planted a rose.

the frost and a rather

the red from the petals

somehow made its way

into my cheeks as you

told me stories about

the sun and the moon,

drenched with rose water. they

have made their way into

i can no longer breathe

i thought it would end

with red – the colour of passion,

of lust, of longing

your hands and brown eyes

are laced with gold

and there is blue in your veins

(can i call your veins mine?)

and twisting around yours

connecting the two so our

you exist in shades of bliss,

in shades of love

i wish i could paint you in my memory

so the colours never fade

it all used to be grey –

it is red, gold, blue

and though a rose, beautiful

is clothed with thorns

and is bound to wilt,

a garden, once barren,

i want the roses to bloom (forever.)

5 thoughts on “i want the roses to bloom (forever.)”