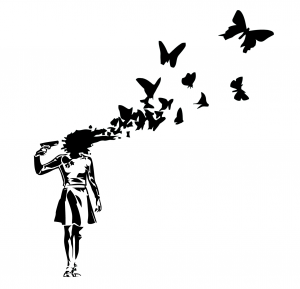 My mother used to say that strong women begin as broken girls. I would like to believe that this is true, but it’s getting harder and harder to believe in anything anymore. It has all just become an endless daydream, the schoolwork, the extracurriculars, family… it’s just an endless daydream with only you being clear – leaving me with no time for myself. No time to conduct an opera of stars in my dreams but just enough time to think about what could’ve been.

I think this endless daydream started the day I saw you on the way back from Chemistry, your eye’s like the stars I used to conduct in my dreams… dancing, twinkling, fading, shooting stars of beauty – so blue and piercing. But you didn’t notice me. You walked right by me, ignoring my waving hand. Sometimes I think that when I fell for you, we were just two lovers that never met – just chased each other.

You never were my lover, you were just a stranger with eyes that I fell in love with. I was just the joke that thought we were supposed to be more.

I didn’t let that bother me too much, I was still floating in my endless daydream.

My endless daydream was furthered when I realized we were Biology lab partners second semester. Maybe then we’ll finally become two lovers and not just a moon chasing the sun.

You transferred out of the class after the first day. You told your friends that I was weird and explained to them how Biology wasn’t worth it, a class wasn’t worth sitting beside me. I didn’t believe it when the rumors filtered throughout the school.

“He wouldn’t say that,” would be my reply.

I didn’t let that bother me too much, I was still floating in my endless daydream.

My mother wanted me to see the counselor, she claimed I was “too caught up in my thoughts.” The counselor also told me that strong women begin as broken girls. I told him to stuff it. I already knew that.

The rumors have gotten around school now. People are whispering again.

“You see that girl over there?”

“She threatened a boy at her old school with a gun”

It’s all lies. I didn’t threaten him. I just got caught up in his eyes. They were just like the stars I would conduct in my dreams. Dancing, twinkling, fading, shooting stars of beauty – orbs so bright I got lost in them.

It’s all lies. It wasn’t a gun. Some sly bitch from my English class just told everybody that. My mother took me out of the school.

“It won’t happen at this school,” I told myself.

But then I got lost in my endless daydream of eyes – of your piercing blue eyes. I get lost in the stars a lot.

My mother used to say that strong women begin as broken girls. But what happens when the broken girl is too broken? Maybe she’s too caught up in the skies. Maybe her soul is too far gone – lying in shatters at her feet? Maybe the whispers from school are getting mixed up in her head.

“She threatened a girl at her old school.” Would creep into my ear at night, whispering so only I could hear.

“I heard she’s crazy.” Whispers the girls at school…. But how come I hear them at night?

“Maybe you should do it again.”

“C’mon it won’t hurt anybody”

Should I? It can’t be too hard to just point and shoot. Maybe I should,

My mother used to say that strong women begin as broken girls. I don’t think she realized that the broken girl was just upstairs – tears in the shape of a halo on her pillowcase with a soul resting in shatters at her feet.

I don’t really blame her all that much. I mean she took me out of my school, made me get counseling and all but all I really wanted to do was tell her about you and your piercing blue eyes. She never understood.

There was a day where you did acknowledge me, it was after my English class, you had Social. I was standing by my locker, staring into the blue abyss of your eyes – caught up in my endless daydream. I didn’t even realize that you had come closer to my locker until you were right there.

So close I could see your single eyelashes dancing in the lights. You put your arm around me and whispered in my ear,

Or was it the voices in my head? Saying,

I pointed and shot. 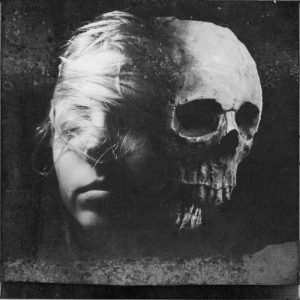 2 thoughts on “My Mother Used to Say…”