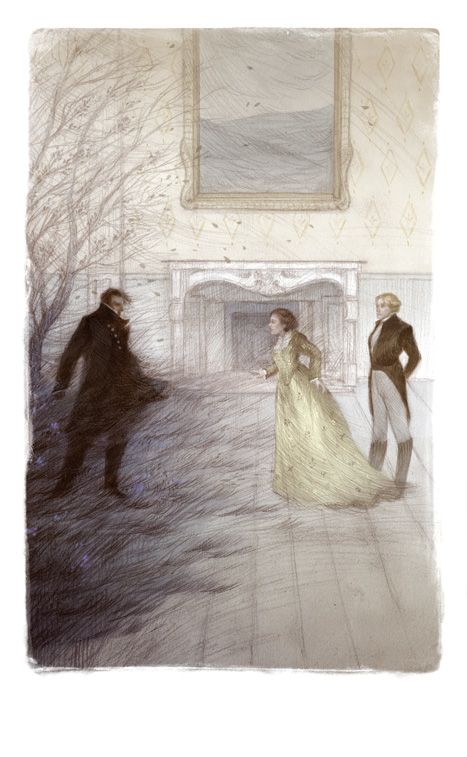 Prompt: Discuss the ways in which individuals pursue or compromise their happiness.

The Pursuit of Happiness as a Kind of Sacrifice

The pursuit of happiness is a typical goal of the physical world and is often fulfilled through the materialistic aspects of one’s life, such as wealth. If in the face of the attainment of this happiness lies desire, one may choose to sacrifice said desire in order to live a content and comfortable life. that being said, one might argue that through Catherine Earnshaw’s pursuit of happiness in Wuthering Heights, Emily Bronte identifies the silver lining between happiness and desire, classifying happiness as something attained in the physical world, and desire being satisfied in the hereafter. Such a phenomenon is exemplified through the character Catherine Earnshaw, as she accepts Edgar Linton to be her husband, solely because his heightened social status reflects the root of her joy throughout childhood, hence Catherine’s innate need to maintain it. However, the pursuit for wealth and status creates turmoil within Catherine, as she had made the decision of pursuing happiness by sacrificing desire without truly experiencing the depth of said desire.  Therefore, in the afterlife, Emily Bronte makes certain that Catherine Earnshaw is reunited with Heathcliff as per the fulfillment of her desires, therein supporting the fact that the pursuit of happiness is done through the sacrifice of desire in the physical realm of existence, only to be achieved in another reality –the afterlife.

Emily Bronte utilizes Catherine Earnshaw’s interaction with other characters to identify the aforementioned silver lining between happiness and desire. To be more specific, when Catherine Earshaw confesses her love for Heathcliff to Nelly in the kitchen she states, “Whatever our souls are made of, his and mine are the same,” immediately indicating an aspect one often associates with the hereafter –souls. Therefore, Catherine is differentiating between the physical and spiritual realms and associating the spiritual realm with souls. Here one can see that her desire for Heathcliff, obsession even, is to the highest extent. However, Catherine also mentions “It would degrade [her] to marry Heathcliff” and therefore the importance of the physical realm is brought in, as is the fact that her happiness does not lie with such degradation. Ultimately, this calls for Catherine to pursue her happiness by attaining status and wealth, which rests with Edgar Linton, and severs her fate from that of social degradation—Heathcliff. Furthermore, one can identify that Catherine has set the foundation for her desires and happiness, by claiming Heathcliff would “degrade her” even though their souls are the “the same,” and has therefore succumbed to the pursuit of said happiness through marriage with Edgar Linton. Ultimately, Catherine must support herself in the physical world and one day her family, therefore from a realistic perspective, Edgar Linton was the only one that met the qualifications of such fulfillment. That being said, Catherine pursued happiness rooted in status and wealth because she understood it; she understood the fact that Heathcliff would “degrade” her and Edgar would not, and so the idea of her and Heathcliff’s soul being the same proved insignificant in the face of what she understood to live comfortably. Therein, Catherine’s pursuit of happiness was done through the sacrifice of a desire she did not fully understand.

In order to showcase the struggle between pursuing happiness while compromising desire, Emily Bronte often characterizes Catherine’s mental state as unstable. For instance, when Catherine was forced to choose between Edgar and Heathcliff, she was forced to choose between happiness and desire, however, the aspect of this decision that disrupted her mental state was the fact that she had already chosen happiness over desire by marrying Edgar Linton. Therefore, being given a choice thereafter, confused her, as she was now faced with what she sacrificed—Heathcliff—in the name of happiness—Edgar Linton’s social status. Such a moment in the novel is pivotal in that afterwards Catherine is in a state of turmoil, however, such turmoil is not inspired by regret but rather the recognition of how her soul pulls toward Heathcliff, even after her fulfillment of happiness through Edgar Linton. Ultimately, Catherine was ignorant toward the idea as to how her desire for Heathcliff could satisfy her materialistic needs, and choosing between Edgar and Heathcliff only heightened her confusion. Therefore, Catherine’s pursuit for happiness was all that she understood, and so choosing between desire and happiness once more only proved the importance of said desire, and she failed to understand its importance. Ultimately, sacrificing desire in the face of pursuing happiness calls for internal turmoil, as one questions the importance of said happiness in the face of desire.

After the death of Catherine Earnshaw, Emily Bronte portrays the continuation of a spiritual life through ghosts; they reflect Catherine’s desires being satisfied after her initial pursuit of happiness, through marriage and the attainment of physical luxuries. And so, even though Catherine had sacrificed desire in the pursuit of happiness, that desire had been satisfied in another form. Said satisfaction is most evident through the imagery created when Heathcliff dies in a happy state, as observed by Nelly, as well as when both Heathcliff and Catherine are ghosts and are seen by a little boy who claims they are together. Both situations reflect the idea that Catherine’s happiness rested in the physical world, whereas her “soul” and desire rested with Heathcliff, hence the imagery of their unification. Furthermore, Emily Bronte expertly integrated the idea of souls in the physical world as ghosts, which further solidifies the idea that the pursuit of happiness in the physical realm did not encompass the fulfillment of Catherine’s desire, for souls only linger if something remains unfinished. Therefore, since Emily Bronte has identified that Catherine’s happiness was fulfilled through the sacrifice of a life of desire –a life with Heathcliff—and continues to create this idea that Catherine’s ghost exists even after her death, she is indirectly communicating the idea that said desire was fulfilled as per Catherine’s lacking of it in the physical world. The fulfillment of said desire was then showcased through the unity of Heathcliff and Catherine’s ghosts, graves, and emotions –both were happy. Therefore, even if the pursuit of happiness forces one to sacrifice desire, said desire can once more be satisfied in an alternative realm of existence.

Through Emily Bronte’s Wuthering Heights, happiness being pursued as per the attainment of materialistic luxuries and status, validates the lacking of another aspect of one’s life, which in Catherine’s Earnshaw’s case was desire. However, even this very lacking of desire was fulfilled in another life, as identified by the unification of Catherine and Heathcliff through ghosts at the end of the novel. Therefore, Emily Bronte expertly sculpts the nature of the pursuit of happiness as a kind of sacrifice, however, she allows said sacrifice to become fulfilled in another reality. This calls for a clear distinction between happiness and desire, as the pursuit of happiness results in a lack of desire, however, that very desire can be fulfilled in an alternative form of existence—the afterlife.