Creative response to the visual “Waited” by Clive Smith, deriving inspiration from the image of the rug in order to explore the constraints that fearful circumstances can have on an individual. These constraints can then  push that individual to be secretive or “sweep things under the rug.” 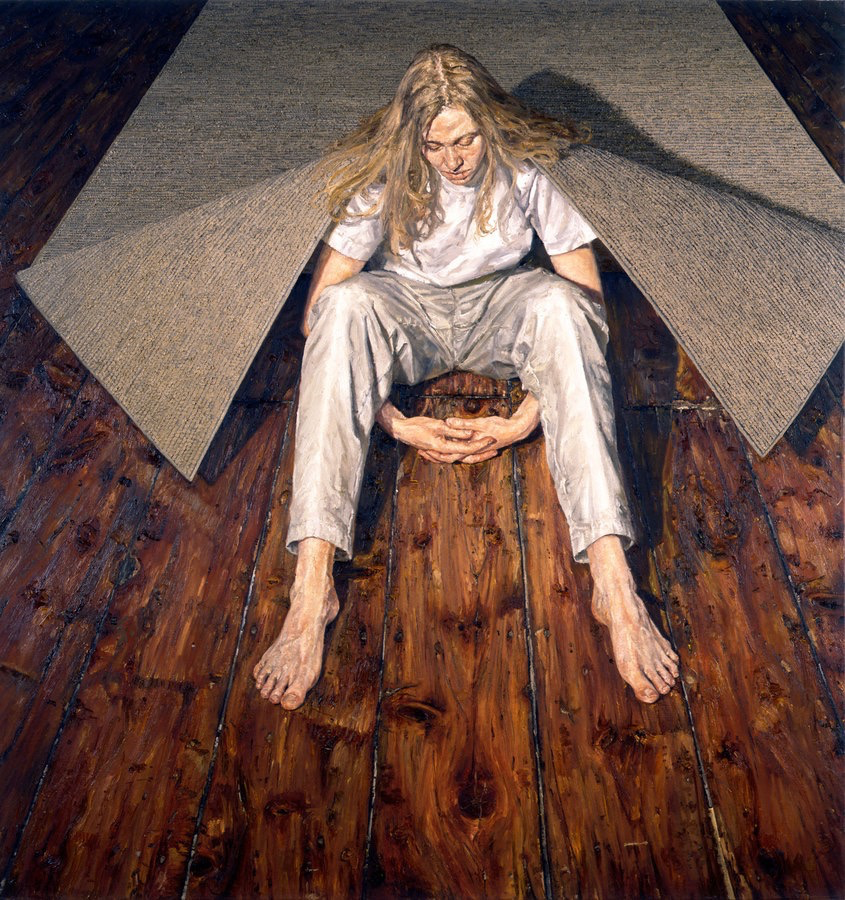 What do these texts suggest about an individual’s response to the constraints of convention or circumstance?

Theme: Under threatening circumstances, certain individuals may let their apprehensions constrain them; under this constraint, as a coping mechanism, they may then avoid the issue that has been laid out before them, so they do not have to acknowledge the potential consequences of confronting their fears.

And on any other occasion, I would have. But you have to understand, this wasn’t just “any other occasion,” and the circumstances were certainly not normal. Then again, maybe they never are when it comes to keeping secrets. But this —this was something else entirely. I never told the truth when I should have. I was afraid. I convinced myself that it was better to hide it, to sweep it under the rug. And so I did my best to ignore the problem, hoping to God that it went away.

But people respond to fear differently. There are those that choose to be brave despite their situations. People that, had they been exposed to circumstance similar to my own, would have come clean the moment it became clear that there was something seriously wrong. But then there are people like me: people that cower, people that let their apprehensions envelop them, choking out the light. And the common sense as well…

I let the fear, the circumstances, constrain me– a ball and chain around my ankle that was always dragging behind, resisting. I took it as a sign that maybe I was meant to stay where I was, that it would be for the best. That if I dared venture further, that if I dared crawl out from beneath the rug, something horrible would happen.

I blame it on the anxiety. The heavy palpitations of my heart, the bile festering in my stomach, how there never seemed to be enough air in the room. My mind was a war zone. I was unreasonably nervous, paranoid about things that would never happen, things that didn’t really exist. It was all in my head.

I just wanted out of my head.

During an episode, I’d  rip all my clothes off in a frenzy— a vain attempt at trying to get as far away from myself as possible. Then I’d turn on the shower to the hottest possible temperature. I would stand there under the water no matter how much it hurt, letting it scald me. I thought that maybe the pain would help me forget, that it would distract me from the panicked fervour of my thoughts.

But it was never enough.

I couldn’t stand being in my own skin. And some days I felt like tearing myself apart until there was nothing left. And I guess that’s what started it… The wish to tear myself apart, I mean.

I’d never felt in control, especially when it came to the way I felt. And I guess my body was probably just looking for a release.  My mind saw the opportunity to take advantage of these things—the lack of control, the want for release—when I was my most vulnerable.

I didn’t mean for it to happen.

Or maybe I did. I know I’d always thought about doing it before, but I’d never had the guts to follow through. But I guess, in a way, I did follow through without even realizing it.

When I woke up that first morning, there was blood. Dried on the bed sheets, caked under my fingernails. Congealing on my arms—my arms, that,  upon looking down, I realized were covered with dozens of lacerations. I tried to convince myself that it was a one-off, that I probably just had a nightmare and that I had thrashed about in my sleep. That it would never happen again. So I kept it to myself. I thought I was doing the best possible thing, given the circumstances. I thought maybe if I waited, if was patient, it would eventually go away.

But the next night, it happened again.

And it continued to happen. All I know is that I stopped counting the times after six weeks. Every morning, I would wake up to find fresh cuts on my forearms, my bedsheets sticky with blood. I’d never had any recollection of harming myself when I woke, of when I’d done it, of how I’d done it. Over time, the severity of the wounds increased. Deeper, wider, accompanied by a slight numbing sensation that would spread from my hands to my fingertips. I guess I must have done some nerve damage somewhere along the way.

I did my best to stay awake at night, for fear of my subconscious self, of the things she liked to do while I was asleep.  But it was no use; I always succumbed to my own exhaustion eventually. And that’s when the demons living inside of me decided to come out and play.

I would often think about my parents, the reassuring words I received as a child. Even if it’s horrible. You can always tell us, and we will always be there to help. No matter what it is. You can tell us anything.

But this wasn’t just anything. This was chaos. What if they thought I was insane? They already knew how emotionally unstable I was, and this wouldn’t help my case. Even worse, what if they sent me to the hospital, locked me up in the psychiatric ward? It wasn’t impossible. I wasn’t present when I was doing it. Hurting myself, I mean. They’d see me as mentally incompetent, as an immediate risk to myself. I’d imagine rooms that smelled of antiseptic, the sound of pill bottles rattling, being restrained, strapped down to the bed…

Perhaps some of these premonitions were irrational, looking back on it now. But I didn’t think so then, given the gravity of the circumstances. And that’s why, shackled by my own fears, I swept everything—myself included— under the rug, letting it collect dust. Distanced myself from everyone, friends and family alike. Pretended like everything was okay, even though it wasn’t. But six weeks worth of dust tends to pile up, makes the rug heavier than it was to start with. I realize now that it only made the anxiety worse, my episodes more frequent and more draining than they had ever been. And in the end, I only ended up burdening myself and the people I love.

But, like I said, people respond to fear differently. I could have been brave instead of feeding my worries with irrationality, with imaginary scenarios that might have not even happened. I could have gotten help when it first started. Maybe then the problem would have been solved. Maybe things wouldn’t have gotten as bad as they did. But instead I let my fear, I let the circumstances, constrain me. Let it wrap its hands menacingly around my throat, let it super-glue my lips shut. Making sure the truth would never come out because the truth could only make things worse, right?

I never gave them the chance to be on my side…