* This is my polished personal response to the June 2009 prompt on idealism and truth. This was the diagnostic that was written at the beginning of this year for AP LA, and the first time I wrote it, I decided to do a creative piece. After receiving feedback from Ms Hunnisett, I decided to polish this piece and decided to keep it as a creative response.*

What do these texts suggest to you about idealism and truth in an individual’s life? Support your idea(s) with reference to one or more of the texts presented and to your previous knowledge and/or experience. (June 2009) 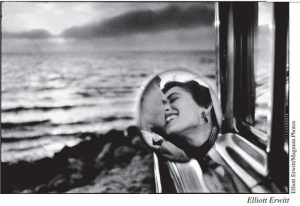 I can’t believe I’ve already been married to him for a year already. Time has no meaning in the life of a married woman: time exists only for a woman to be reminded of how long she has remained committed to her husband. For me, such is a blessing. My husband and I are quite as madly in love as we were on our wedding day.

The memory of the wedding day is ingrained within my mind: the hems of my elegant white wedding dress dragging on the floor as I walked to the altar, beckoned forward by his beautiful blue eyes that were complimented by his jet-black bow-tie. From that day on, I constantly found myself victim to those light blue eyes. Those light-blue coloured eyes were the master, and I was the servant. My wedding day was something that I had looked forward to since I was at the arbitrarily ambitious age of eleven; I had already envisioned my wedding dress a decade before I was due to wear it. Back then, the thought of the vibrant lives my parents lived lovingly teasing each other amplified my desire greatly. I just wanted to love and to be loved. These desires were fulfilled in the blue eyes that I came to love on my wedding day.

My life after the wedding day is less than ideal, but it works, as I like to say. In my naive youth, I had not noticed the duties that my mother was obligated to task herself with for her marriage; I simply thought that she enjoyed cooking and ironing our clothes! I found myself imposed with the duties a wife must do for her husband, the most difficult of which was cleaning. I found myself compliant, strangely enough, of all but that single task. Specifically, I was unable to properly clean the mirrors. Regardless of my most strenuous efforts, the dust-ridden mirrors always seemed to become dirtier as I worked on them.

Despite this fault of mine (as my husband likes to call it), I have an infatuation with mirrors. To me, they reflect much more than the physical aspect of reality, so that when you look into the smooth looking-glass, you find your happiness. Checking my own reflection became a habit for me since the last three months; I always liked to be able to see myself. When I’m able to see myself, I’m much happier, for then I’m reminded of the vibrant life I live with my husband!

Today was the first day in a long while that we decided to go out sight seeing. Just the two of us. We hadn’t gone out of the house together in months! I had to rush to finish cooking the dinner for when we came home, for a wife must always complete her duties before her husband takes her out to entertain her. He told me we were going somewhere special, and for that reason, I wore my special necklace and earrings that he gifted me three months back for our first anniversary. He didn’t notice, but that was fine with me: men always have an excess of thoughts swirling in their head! When I came outside in the blistering cold, I found him already yelling into his new cell phone, vehemently warning his client that it would be a mistake to leave him. His blue eyes at that time were frightening, becoming cold and all. I thought to wait for him to chivalrously open the passenger seat door for me, but my husband and I were above such petty superficial gestures.

My husband’s car had recently been washed. The raisin black hood shined so well in the sun that one could even see their own reflection in it. The inside of the car was cleaned to a standard much higher than the standard I had even set for the beautiful flat we resided in! Most importantly, the side mirrors had been cleaned with the delicate hand of a goddess. The standards of perfection I witnessed in my husband’s car were often reflected towards my housework. I often joked with my husband that his 1967 Chevy Camaro had overtaken my role as his wife, to which he retorted that it fulfilled the role of a wife better than I did… sometimes, such words pained me on the inside, yet I knew that this was the teasing between lovebirds I desired.

After he finished arguing (discussing, as he put it) with his client, he quickly jumped in and impatiently ushered me to come into the car, as if it were my fault we were running late. At the time, I didn’t appreciate his teasing, but I let out a smile to appease him anyway. He drove us to an isolated beach, carefully parking his car along the shore so that we would be able to see the beautiful view. The sky-blue oceans glistened with sunlight, the ripples in the water distorting the perfect reflections of the clouds. I found greater majesty when my eyes met the eyes of my companion.

The silence was broken when I felt the urge to lean in for an embrace; he was caught off-guard, his thoughts occupied by the world of men. Nonetheless, I persisted, beaming with my head tilted away from our surroundings, and he accepted my embrace. In that moment, however, the focus of my eyes diverted. Instead of seeing him, my focus shifted to the object in the corner of my eye: the side view mirror.

The scene was quixotic.

I could see myself smiling, with my straight set of teeth perfectly illuminating the image. I could see his rigid well-defined facial structure aligning itself with my high cheekbones. I could see our love that was to be ever-lasting.

But I could not see his blue eyes.  And for that reason, I saw what could have been reality. The lack of expression on his face, possibly as a result of melancholy. The unsymmetrical nature of our personalities. It was that instance that had grown from moments, singular, instantaneous moments, where I doubted my husband’s love for me. I could not live peacefully with such thoughts. I immediately decided to press this perceived “reality” down, down to the barren regions of my thoughts, piled with the other thoughts of doubt. But in the millisecond it took to accomplish that task, I realized that I had pulled away from him abruptly, as confusion was evident in his eyes. His eyes.

Looking in his bright blue eyes, I found serenity.

It’s as if his eyes were mirrors themselves.

One thought on “Mirrors (Polished Personal)”