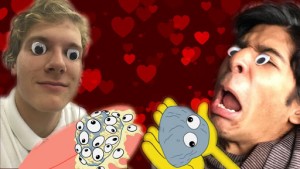 The tale of small Qayyum…

The twenty first century was meant to be time of remarkable progress, breaking of new boundaries, formation of many alliances, and a time of unlimited curiosity. As the mark of the beginning of a new millennia, surely this must mean a new beginning? The twenty first century was meant to be a time of change, technological advancement, human advancement, but most importantly a new generation of millennial children to which society’s hopes and dreams would now rest on. God in all his pride created these children, all born in the year 2000, with high hopes that humanity would progress for the better. However something went wrong. When God was searching for the perfect materials to create these children, he found that he was short on supply for two. While searching he found a safe in deep storage with a sign resting on top of it, it read ‘DO NOT OPEN UNDER ANY CIRCUMSTANCE’. Surely it would not have caused harm to anyone if only two children were born with this forbidden material. In all his pride and carelessness the great creator said, “Let there be Lucas, let there be Nilave!” and born on February 2nd was a child by the name of Goldsmith. Having witnessed the result, God had realized what he had let loose on humanity; as such in an attempt to save the human race from the combined force of the two God had placed the other in India. Little did he know that destiny played a hand in the matter, and no amount of separation or distance would be able to prevent the children to meet, and fate would ensure they would. And so the following May 26th was born a Dey, half way across the world.

Four years later, the inevitable occurred. Nilave in his lifelong quest to provide only the best tech support for the world would immigrate to Canada in order to steal someone’s job. And there came a day unlike any other when Nilave had set foot in Calgary, and the world had felt a great disturbance in the forces of common sense and rationality; it was the day they had realized the end was near. It was alright wasn’t it? He hadn’t meet Lucas yet, there was still hope, but little did humanity realize that in another nine years, the two would meet and become friends. They would meet and realize the power the hold when they work together; a power that would cripple the world, to the point, that every human being to witness the work of the two would willingly go home and rethink their lives as beings that exist. To this day when the human race bears its eyes on the hilarious idiocy these two individuals display, arises one question.

Why has God abandoned us?

The world could cope with, as a zebra copes with being eaten alive, a maniac that says “my father gave me a small loan of a million dollars” and with another former president’s wife who dabs on television. But does humanity possess the energy and will to survive when the ones known as Lucas and Nilave, respectively known to each other as Lukey-Pookey and Meme Machine, are released out of High school (assuming it actually happens)? Will the world be safe, is the twenty first century a mark of beginning of a new era of progress or, does it signify the arrival of humanity’s undoing?

In an ideal world the two would likely pursue their respective passions of writing and science in order to change the world, and change the world they will, however not the way famous men and women have in history; they actually did something reasonable in their lives. They will change the world in having humanity create an example of what humans should not be like. The day would come that members of society would create statues of Nilave carrying Lucas, and have a sign reading: NEVER FORGET OUR DARKEST OUR, NEVER FORGET THOSE LOST AT THE HANDS OF THESE ‘MEN’. Humanity will hopefully learn how to emerge from the darkness or dankness. If not, they will fall victim to the antics of Lucas and Nilave.

What humanity did not realize is that there was born an individual capable of withstanding, if only barely, the combined strength of the two; perhaps the only being in the world known to do so. God, realizing that in all his might and strength was no match had focused the energy of the universe into a being that was capable of withstanding and fighting back Nilave and Lucas. And so, before making his escape, the Lord had saved humanity from impending doom and destruction with these words, “Let there be a small Qayyum.” Thunder roared, and rain poured, birds flew and ostriches buried their heads in the ground, for God’s mightiest command had been executed. Born two days after Lucas and three months before the second disaster, was born a blessed child named Areeb.

Looking at the Blessed child, many will say that he doesn’t seem like he’s type that was created by the manifestation of the universe’s power, however it is because all this power is channeled towards stopping the world from falling to its knees. Every fibre of his being is dedicated in the withstanding and retaliation of the idiocy of Nilave and Lucas. Many may not realize what the small Qayyum has to go through every day just to save humanity, they do not see the sacrifices he makes and the battles he fights, the struggle to stay sane and project the image of a happy human being while regularly tolerating the dysfunctional duo.

To this day the noble Qayyum fights the stupidity inflicted upon his soul, in the form of puns, memes, bad jokes, and awful references, fabulous hair and, abs. Especially the abs. In one of his many battles against the infamous abs, the blessed Qayyum had created a masterpiece called ‘Lucas’, to which he expressed his desires to eliminate his enemy, by the destruction of the divine abs.

No one knows the source of his unlimited tenacity, but the world is eternally thankful for the small Qayyum. To this day humanity continues to progress, depends how you want to see it really, and the twenty first century proves to be a rather…interesting era.

5 thoughts on “Why has God Abandoned us?”