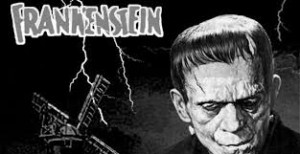 The book Frankenstein by Mary Shelley is a novel that is well known to be a cautionary tale of a scientist who is in pursuit of an idealized world; whereby, taking the role of God led him to a place of no return. I argue that one of the reasons why the book has such a strong connection between the characters and the reader is due to the fact that Mary Shelley presented the plot of the story in different perspectives, which brought out the pathos in each character allowing the reader to go through different journeys into his/her soul as a way of exploring the human conditions. My empathy with the two main character was achieved due to both Victor and the Monster’s stories via each character’s voice evoking emotions in me. However, a deeper appreciation began after a couple of weeks into the journey of the critical analysis of the book. It brought in the idea of a personal connection that I have never felt with any character before. It suddenly seemed as if Mary Shelley wrote this book in parallel to some of the incidents in my life. This book resonated with my life experiences, specifically in relation to the Monster’s experience of alienation, abuse, the desire to seen as a who we both truly are and Victor’s secrecy.

My own monstrous story began about 7 years ago. Back then, if I were told that I would ever end up living and interacting with other humans who will set their eyes on me and smile, I would have snickered with the thought of the speaker being obviously mad. As I was reading parts of the novel in the perspective from the Monster, I experienced several moments of flashback into the bad chapter from my life. This book has somehow unraveled several things that I tried so 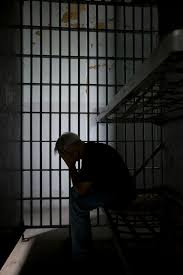 hard to bury deep down memory lane. I didn’t realize how horrific my life was until I compare it to the life I am living now.

In those moments seven years ago, I was at the edge of giving up on the fate of humanity because living with an abusive aunt, starting from the age of eight, taught me that no matter how strong we believe ourselves to be, the abhorrence society directs towards us has huge impacts on who we are, and who we start to believe we are. I remember the transition of character I went through from the innocent little girl, just like the Monster to the vicious vengeful monstrous product of society. I was that one kid who had the brain and ability to be rewarded as a brilliant student but I chose to sit in the back corner of the class, alone and angry due to the tribal and language differences in my class. As a child whose father is dead, living without her mother, people around me suspected me to be not only a devil, even a slave. My close family, my aunt cousins treated me like a slave than an actual 8 years old with human emotions equal to others.

This was my reality, my existence,I was eleven when I was forced to work in a group project involving the sharing of stories from our personal life. It was then that I realized the world of neglect and abuse that I was living in. I learned that  none of my classmates had a quarter of my responsibilities to bear and none of them were physical, mentally and emotionally abused. I thought all kids were treated like me because that was all I knew. It was this self-actualization as compared to the monster’s attempt to gain human kindness that completely tore a new chunk of my heart that was already filled with holes.

Moreover, Victor secrecy in terms of the creation of the monster leading him to a solitary life of guilt and eventually his downfall is parallel to a particular event in my life that still haunts me. At the age of nine, I witnessed my best friends being murdered in a tribal war. I decided to keep this to myself just like Frankenstein and as time goes by, nightmares and flashbacks affected my normal everyday routine. I know my friends and family noticed but all I told them was that I missed my friends which was partly true.

3 thoughts on “Living in a lonely World”