Mistakes have always been a thorn in my side. I can never truly unwind and just let all my tensions fly off because of that constant fear of doing something wrong. Internally, I care too much how people think of my appearance, actions, thoughts, etc. This is one of my more annoying quirks, as I have a desire to make a change in everything I do, whether that’s contributing a new idea to a discussion, being a difficult opponent in basketball, making someone smile, etc. Unfortunately, with change comes risk. The risk of making a mistake, being forced to apologize and start over, then being demoralized and confused on how to make a new approach. It’s like having your entire weekend planned out but then something happens and the entire plan gets cancelled. What frustrates me more is the fact that I only realize what I should have done after the chance is lost. One thing that I happen to be good at is learning from my setbacks. I used to think that after my mistake, I was the one who got the greatest benefit. Now; however, I understand that the people who really benefited were those present during my setback. They got the experience to not venture on a certain path, without having to personally experience it. They would simply have to watch me do something, if it was successful they could copy me as I did it so they could reach the same success. If I failed, however, anyone watching would immediately stop and change directions, for they know what lies ahead would not be pleasant. 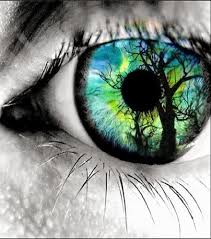 Throughout my summer, I was surrounded by people who consistently asked for my opinion, needed my guidance, wanted me to do something with/for them, and a number of variable scenarios. By taking into account my own experiences in addition to other’s experiences, my decisions were based on what I deduced as the best option. This power, known as observation, has been keeping our race alive for centuries. It is also what keeps me from making mistakes, and I take pride in my ability to use it. Through observations, I have increased my knowledge tenfold, without having to pay the price of making the mistake. After analysis, I’m able to connect what I know to what I need/want, allowing me to be the person who I want to be. I’m not saying I try to be perfect or anything. No one can be perfect, our standards constantly increase from one generation to the next. What I’m trying to pull off, is to show people the me that I want them to see. And I want them to see me as another person in this society who manages to do something different, while at the same point in time, do what everyone else does. And I will know what’s different and what isn’t by looking around, taking in general data, and analyzing that data. This internal conflict of mine, wanting to be different yet the same, has led me to make more mistakes and blunder more often than is good for me. The hypocrisy that lurks within me has no desire to be shown to the world, and I have fantasized myself a persona which is seemingly flawless, and the only way to make my chimerical dream into the closest thing to reality that I can find will be to feed off of other’s mistakes. So that one man’s downfall will contribute to my uprising.

One thought on “Examining My Faults”