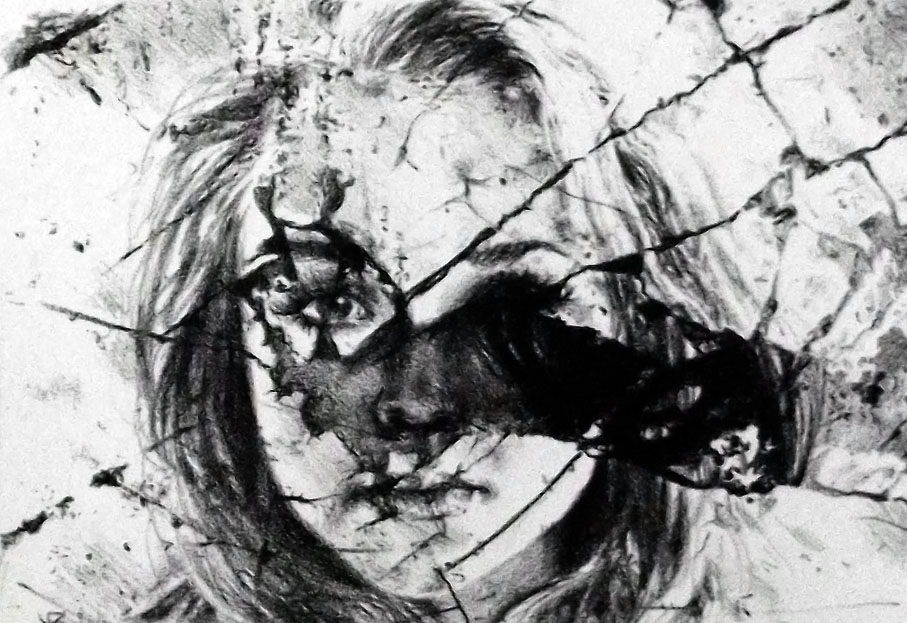 Prompt: Discuss the idea(s) developed by the text creator in your chosen text about the role self-perception plays when individuals seek to reconcile the conflict between illusion and reality. 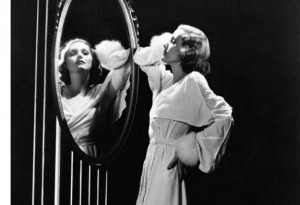 Mirrors are cruel, for they refuse to show what we want to see. Instead, the looking glass reflects images of reality, whose appearance conflicts deeply with the soothing fallacies we pretend to be. Mirrors are disrupters of illusion; they throw withering appearances and wrinkled faces into sharp relief without the slightest regard for fantasies that individuals have built up around themselves. But the power of the mirror would not be so potent without one’s contorted self-perception, based in derogation and criticism of one’s natural self. In Tennessee William’s play, A Streetcar Named Desire, the character of Blanche DuBois, a stained and tarnished Antebellum, sees her natural image as fading and physically incompetent. This self-perception, founded in displeasure towards herself, is the causality for Blanche’s illusion and its conflict with reality. Blanche, in seeking to reconcile the conflict between illusion and reality, is attempting to force her fantasy to become real. Through Blanche’s character, Williams develops the idea that the desire to change self-perception- when originally rooted in discontent with oneself- is the motivation to create an illusion that can alter and ultimately take over reality.

The conflict between illusion and reality lies in the basis of self-perception; with a critical view of oneself comes a desire to change it, thereby creating a pleasing and placating illusion. The first exposure we have to the idea of negative self-perception being the basis of illusion lies in a quote on page 60, “Yes, Stella is my precious little sister. I call her little in spite of the fact she’s somewhat older than I… I bought this adorable little coloured paper lantern at a Chinese shop on Bourbon. Put it over the lightbulb… I can’t stand a naked light, any more than I can a rude remark or a vulgar action.” Blanche’s assertion of being younger than Stella is a statement that previous stage directions prove to be untrue. The false ring of this statement serves to demonstrate Blanche’s sensitivity towards her age. “Because of the hard knocks [her] vanity has been given,” the truth of Blanche’s age is a sore subject (95). Age serves as an illusion-wavering slap and as a reminder; time has taken Blanche’s precious beauty, rendering her perception of self that of an aging woman rather than a beautiful youth. This, coupled with Blanche’s remark regarding the lightbulb, illustrates how she deplores her natural self. The lightbulb and the paper lantern are used by Williams to create a subtle parallel to Blanche herself. Blanche’s natural appearance is the stark lightbulb, and her illusion of youth and bright beauty is the coloured paper lantern. This parallel shows that Blanche sees her natural appearance to be withering, wavering, and lacking in youthful beauty. Her illusion, like the paper lantern, covers her authentic self with a layer of false vibrancy and beauty. Blanche perceives herself to be this deplorable, harsh lightbulb, and so she has built up her illusion as a way to change her self-perception. As Blanche herself says, “[I] have got to shimmer and glow- [I] have got to put on soft colours, the colours of butterfly wings, and put a- paper lantern over the light… I’m fading now! I don’t know how much longer I can turn the trick” (92). This is an illustration of Blanche’s self-perception being that cold, bleak lightbulb and an aging, withering moth, who must adopt fallacies of butterfly wings and paper lanterns in order to change her self-perception. Her current and derogatory self-perception is the catalyst for the desire to change it with illusions. Therefore, Blanche’s uncomplimentary self-perception can be shown to be the causality for her illusions, and the foundation from which the desire to change her self-perception is based.

Blanche’s self-perception is the reason for the creation of her illusion, yet it can be seen that her attempts to force the illusion to become real is her method of bridging the conflict between reality and illusion. As a long list of her lies and illusions are revealed, Blanche resorts to a hysterical outburst, “I don’t wants realism, I want magic!” (145). This exemplifies how Blanche is attempting to fill the gap between illusion and reality by making her ‘magic’ real. The fact that Blanche says she doesn’t want realism translates to her not wanting to see the truth of her self-perception. Because in reality she is indeed fading and becoming an older woman, Blanche’s self-perception- while rooted in negative criticism- more or less equals the reality of her appearance. Her illusion, therefore, is used as a means not only to change her self-perception, but also to alter reality and ultimately, resolve the conflict between illusion and reality by having illusion usurp reality. This quote can be shown as a verbal acknowledgement of Blanche’s desire to use illusion as a means to change reality. As she sits in the apartment, Blanche takes the final step in altering reality with illusion, “Tremblingly, she lifts the hand mirror for a closer inspection. She catches her breath and slams the mirror face down with such violence that the glass cracks” (151). Blanche, in throwing down the mirror fiercely, demonstrated her harsh 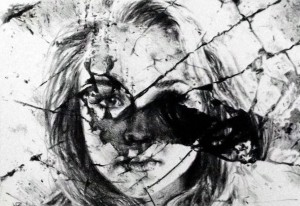 contempt for both reality and her self-perception. Mirrors, being disruptors of illusion, refuse to show one’s fantasy and instead reflect reality. Blanche’s self-perception has been shown to be an accurate reflection of reality, and so the action of breaking the mirror in anger depicts the extent to which she loathes the reality of her appearance. Mirrors can be said to be a symbol of reality, therefore the action of breaking the mirror parallels literally to Blanche breaking reality and breaking the derogatory view that Blanche had of herself. This is the moment in which the line between reality and illusion becomes blurred- because she has destroyed reality, Blanche’s fantasy has overwhelmed the sense of truth in her life. This is the moment in which Blanche’s sustained illusion, based in displeasure with her self-perception, has begun to alter her reality.

The conflict between reality and illusion can be seen as reconciled when the individual can no longer distinguish between the two and when a delusion- a fixed, false, and unalterable belief- has been created. After having broken her sense of connection to truth through the destruction of the mirror, Blanche begins living in a reality that has been altered by her illusion. “I- just told her that- we’d made arrangements for her to rest in the country. She’s got it mixed in her mind with Shep Huntleigh” (165). Stella, in saying that Blanche has mixed the truth she has been told with the illusion of her physical attraction tempting Hunleigh, is acknowledging Blanche’s blurred line between illusion and reality. Shep Huntleigh, a reoccurring name in Blanche’s mouth, previously served as a symbol of hope for Blanche’s reconciliation of the conflict of reality and illusion. Now that Blanche truly believes she is going to meet him, it is significant because it means she has succeeded in resolving the conflict; her illusion has taken over reality. Yet the taking over of reality has created something else in Blanche’s life: delusion, which is the result of illusion’s triumph over reality. For Blanche, delusion means having a sustainable belief which usurps the truth of reality. While others may perceive her state of mind as being unstable or tragically unhinged, Blanche is in fact triumphant. By deluding herself, she has succeeded in altering the derogatory and critical self-perception she was once forced to bear. Blanche can now see herself as a young and beautiful woman, with a self-perception based in the bliss of her delusion, rather than the harshness of reality. With the stigma of mental illness removed from one’s perception, it can be seen that the birth of delusion is a victory for Blanche; it removes the sense of conflict from her life and changes her self-perception to something she can be satisfied with. The win of illusion in its conflict with reality to form delusion serves to highlight the role that self-perception plays in the conflict; its original negative perspective is what makes one want to build an illusion, and the creation of delusion when the conflict is resolved in illusion’s win changes the negative self-perception into a more pleasing view of self. When delusion is borne, this is when the conflict between reality and illusion is reconciled, resulting in a repaired self-perception.

In A Streetcar Named Desire, Tennessee Williams has used Blanche as a means through which to demonstrate that when self-perception is originally rooted in displeasure with oneself, the desire to change this self-perception motivates the creation of an illusion that can alter and eventually take over reality. Blanche has gone through the processes of using her derogatory self-perception as motivation to create her illusion, attempting to alter reality with her illusion, and succeeding in having illusion take over reality by creating a fixed delusion, which results in a more favorable self-perception. Both a reality replaced by delusion and a new self-perception render the cruelty of mirrors empty and ineffectual. The power of the looking glass to reflect images of candid pain has been taken away. The mirror can no longer be considered a tool for the reflection of truth- when we are deluded, the mirror reflects exactly what we want to see.