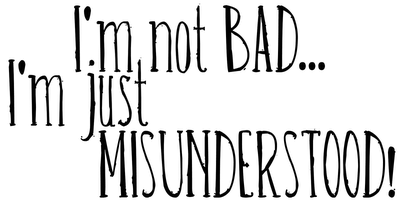 Prompt: the interplay between how individuals perceive themselves and are perceived by others

Seeks to remove the image members of society have over him, that he is a monster

Does so by: providing the family with firewood

Unable to sway the judgment of him being not being a monster, the monster then turns to destruction

-Runs away from the harsh eyes of society

-Realizes acceptance will be through a partner

-Implores victor-> so he may see an end to his misery

-After being denied the partner he wishes, becomes the monster created to be

-As a result, kills Henry and Elizabeth

-Kills himself coming to the realization that he is a monster

note: I had written this peace as a cold draft in class today so far, so my apologies for any errors involving syntax and diction, I urge you nonetheless , that you do pick it apart.

The struggle to find one’s identity is a common journey experienced by all members of the human race, it is the simple struggle to find a place in society and belong. An individual’s self perception is a thing that is vastly influenced by the perceptions and views of those who surround them, one’s self perception is the reflection of the opinions individuals around them hold. So is the argument made by author Mary Shelly In her novel Frankenstein. Through the character and journey of the monster a sense of an individual’s struggle for identity is conveyed; the monster struggles to find a place in society to belong while possessed by benevolent intentions, ultimately through being misunderstood is finally turned cruel and cold hearted. Victor’s monster abandons all benevolence and embraces the cruelty he has been subjected through. In Shelley’s Novel, Frankenstein, the author discusses that when a misunderstood individual’s struggle to attain true identity for who they are does not succeed, the individual will embrace the artificial identity created by others

Thrust upon the world the monster quickly wishes to become a part of it and call it home, shortly after animation but is perceived by all humans as a hideous beast. The monster is forced to go into hiding where, in his isolation, he hopes to rectify the populous’ views of his himself and join society as a full-fledged member. An individual with genuine intentions and a kind heart, Frankenstein’s monster seeks friendship as a way to properly integrate into society. In the midst of hiding Victor’s monster discovers himself in the unknown presence of a happy family. Observing the family’s daily affairs, the monster is educated in the meaning of humanity and to be human. As well as the beauties of human life. Yearning to achieve and experience such pleasures of life the monster takes up the practice of kind acts and benevolence in order to be known for the individual he is at heart. This is seen when the monster chooses to gather firewood for Felix, to convey his true self-image. His hopes and courage slowly rising in his isolation. Finally The monster confronts the blind old man, to whom would be the first human to know Victor’s creation for the gentle soul he is. However, to the monster’s misfortune,he is also confronted by the rest of the man’s family who have a rather alarmed response towards his presence, resulting in a violent confrontation. Acknowledging  his inability to sway the judgment of human society’s perception of himself and deeply shocked and affected by this The monster then no longer seeks human society for a place of belonging. Society’s perception of Victor’s monster had turned him to face the reality of the discrimination and misery he would have to endure from humans should he integrate into their cruel society.

Coming to the realization society will never accept him for the individual he perceives himself to be, Victor’s creation succumbs to the fact that in order to be accepted for the individual truly he is, he must have a companion of equal deformity. the humanistic and benevolent ideals held within Frankenstein’s monster are concealed within the many layers of hideous and flesh brought from the grave to which, unsurprisingly people react with fear and alarm. An individual with a kind heart and genuine intentions at heart, the monster struggles to coherently convey his true self nature with the physical body’s appearance flawed by ugliness and deformity. The monster’s inability to cope with society’s label of him leads to him desperately seeking for a way to reflect his true identity through an individual who would posses an accurate perception of his true character. Believed he may be better understood by a being of the same species and same deformity, the monster implores his creator to grant such a request so he may see an end to his disparity and suffering. True acceptance will only be achieved through a sense of empathy by another. Bearing witness to his creator destroying his unborn companion, the monster is engulfed in a fiery lividness to which he comes to the realization that acceptance of his true identity will not be achieved.

Finally, unable to make all of mankind accept reality of his true identity, Frankenstein’s monster embraces the identity that all humans hold of him; that of a monster. The embracement of this identity, the monster ultimately sacrifices the benevolence within him. Being one with the monster identity, Frankenstein’s monster now seeks to wreak havoc and cause destruction as a means to give vent to the anguish bottled within himself. Unable to find a place within the world, the monster decides to exact vengeance on the one whom unleashed the curse of life upon him; his creator. Victor Frankenstein had been the result of the marginalization and discrimination his creation felt and suffered the loss of his identity to. The result of this lividness had been in the deaths of Victor’s friend Henry, and Elizabeth. Taking up a vengeful air that suited for a monster, Victor’s Devil finds satisfaction in causing his creator the pain in which he had inflicted through the spark of life. However in the end, finally realizing his submission to society’s social oppression the monster realizes the impact of his fiendish actions; coming to the realization that he was in fact the monster society had labeled him to be. With one last wish to preserve his original identity, Frankenstein’s monster puts an end to himself. An end to a horrific monstrosity.

It is discussed in Shelley’s Frankenstein that when subjected to excessive social oppression and discrimination, an individual will ultimately forsake their true identity and embrace the persona which society holds for them. In the cause of Frankenstein, Victor’s monster, throughout the novel is seen consistently battling society’s image of himself, and consistently trying to prove himself worthy of a place of belonging. It is through his journey and character development that one bears witness to the misunderstood individual’s struggle to attain true identity. The argument made by Shelly in Frankenstein, is that an individual’s self-perception is influenced greatly by the opinions of others of that individual. And so is the struggle to find one’s true identity within the human society.