“… the ways in which an individual’s resilience is shaped by empathy.”

A Deformed Resilience Resulting from a Lack of Empathy

It is not uncommon to witness in society individuals that seek the validation their psyche demands from external sources in order to achieve their personal desires. More often than not, it is this undeterred resilience to achieve that seeks to confiscate empathy, specifically. Feeding the resilience with empathy, in this way, creates an aspect of control that flawed individuals hoard internally, protecting it with lies and manipulation in order to seek revenge from those that they originally sought empathy from in the first place. Exampled in William Shakespeare’s Richard III, “[empathy] provides the pleasure particular to desire”, for it is seen that Richard himself is guilty of attaining his resiliency through the empathy he manipulates out of his victims such as Lady Anne (by way of romancing), and Queen Margaret (by way of repent). In this running theme, Richard’s own revenge lastly attacks his own lack of self-empathy: thus, loathing becomes Richard’s manipulation in the hand of his own destruction. Demonstrated in Richard III, the eponymous character reveals that his use of manipulation, displayed in various, evolving attempts to seek empathy for his disadvantaged condition and status, is a means of securing revenge, as well as his own resilience and survival regarding his place in society.

In order to gain ultimate, resilient security as a respected figure of importance, Richard of Gloucester resorts to manipulation, by way of romancing, in order to gain empathy and control of others, including Anne. Richard’s strategy begins as a thoughtful manipulation; by impressing and wooing Anne, he can thence ascertain a degree of status and overcome the perception that he is an “elvish-aborted, rooting hog” in his quest for the life-long title of King. This romancing is pivotal to Richard’s development and conquest, yet this action likely does not entirely serve his goal. Richard’s pursuit to be well-liked has hence, in his life, been an unsuccessful aptitude as a consequence of his deformed figure. Anne previously had been unsympathetic to his condition due to his violent nature and cause of her husband’s death; yet in winning her affections, Richard adversely gains revenge, as well as the determination to triumph and withstand. Richard pleads for forgiveness from Anne and testifies that he is remorseful for being her husband’s killer. This strategy, along with the eventual romancing, results from Richard’s lack of gentility and empathy given to him from others; in this same way, Richard will give these same qualities of gentility and empathy to Anne, yet, in the end, will punish her for her inability to reciprocate these emotions. His ultimate ploy to bring about the demise of his critics is rooted in his belief that his victims have cause to be destroyed because of their lack of empathy towards his deformity. Therefore, Richard believes that he is the only person suitable for the title of King, propelling him to use Anne as a catalyst to amplify his resilience and gain the empathy, and Crown, that he believes he deserves. 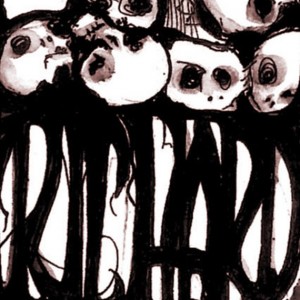 In ploy to gain empathy, and thus security and revenge, Richard III’s resilience then determines that his next move of manipulation will be repent – for in this way, he will thus hopefully gain the sympathy of old Queen Margaret, before he brings about her demise as well. Queen Margaret, Richard’s own mother, feels no empathy towards her son, a tribute to which Richard regards as cause for his intent to harm her in revenge of her indifference. As he soldiers on in his journey for the goal of revenge and title, Richard’s evolution deems that Queen Margaret’s commiseration will be crucial evidence to support the new empathy that he wishes to achieve. Given their relationship, a mother’s own approval and empathy will enlighten Richard’s derogatory, repulsive exterior that currently grants him no promise of future and success. Thus, his repent and apology for his past evil-spirited character – rooted in the cause of his deformity, he argues – is his attempt to ascertain his aforementioned determination for resilience, that will conclusively lead him to the throne. Still, Queen Margaret is unconvinced and apathetic towards Richard’s apology for being “so far in blood that sin will pluck on sin.”; yet, others overhearing his atonement such as Buckingham and Catesby, seem to now behold the empathy of Gloucester’s situation. Now seeing his misfortune and promise of goodness, Richard’s new found followers and sympathizers promote Richard’s resilience in his ultimate, herculean desires, unknowing of his intent to murder them all for their previous ways. Hence, Richard’s succession in moral encouragement and determination to endure is composed in his ability to gain empathy from others, which in this case, he gathers through the feigned apologies he administers by way of his calculated manipulative forces.

In Richard’s final, climactic attempt to gain empathy – and therefore resiliency and affirmation in his vicious, selfish actions – his own desolate figure comes to terms with his selfish exploits to undermine his conscience and spirit. Gloucester, now King Richard, realizes his sins; conclusively ascertaining that his resilience, having guaranteed himself the throne, now propels him toward purgatory. Having murdered all of his family, followers, and everyone whose empathy he had gained, Richard now realizes there is no one left to feel sorry for his now worsened state. Loathing is Richard’s only attempt for empathy, hence. Richard’s own inner empathy is now destroyed and deranged due to his murderous manipulations, derivative of his disadvantageous short-comings, and resulting in his self-hatred. Richard, now realizing that “[he] is the villain” has little to no resilience to carry on, for he has no one, not even himself, to provide empathy, gentility, and comfort. Thus, in the common theme of manipulation and revenge as a catalyst for resilience and empathy, Richard’s loathing transforms into self-sabotage in order to gain the revenge he seeks on himself. His own self-destruction results as a form of coping and self-punishment, crippling his resiliency altogether. Thus, deprived of empathy and resiliency, King Richard is now a shell of a human being, matching his ugly, deformed exterior. It is this loss of empathy and resiliency that results from his manipulative revenge of self that all began to compensate for a birth-defect he did not choose to inherit. 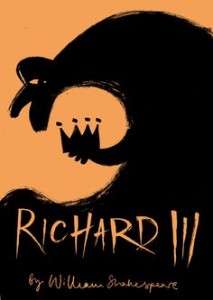 The seeking of empathy to feed resiliency, through means of manipulation, is derived as Richard’s need for revenge overbears his deformity, as is expounded in William Shakespeare’s play Richard III. In the end, the eponymous character’s tragic hamartia is his own non-existent self-empathy, to which destroys his resilience by way of loathing in order to concur the comeuppance he deems he deserves. Similarly, earlier in the text it is seen that Queen Margaret and Lady Anne were manipulated by Richard with repent and romancing in the same way, yet before his own self-destruction; in a time where he still believed revenge was a credibility for other’s lack of empathy regarding his abnormality. Here, it must be addressed that it is an individual’s accumulation of empathetic followers, gained by manipulation, that feeds one’s resiliency to succeed in revenge and ambitions. Many may question how these tactic forces amass within an individual; to which it can only be assured that such must only originate in a fallacious individual who is incapable of living without some form of deeply-flawed validation.