This November, Oxford Dictionary has caused what can only be described as an uproar in their release of the 2015 Word of the Year. Instead of keeping to convention and nominating a phrase strung together by consonants and vowels, they have taken a different approach; which, according to some, can only mean the deterioration of  our language as a whole. Oxford has chosen the emoji to the right, otherwise known as ‘Tears of Joy’, and this simple image has taken the world by storm. Some have expressed delight at the phrase, but most responses have been negative ones, speaking as though the Second Coming itself will be brought about by a collection of colours and pixels. So the following is dedicated to those people; those who insist on preaching fire and brimstone,  and speak from a place of narcissistic ego, as though they, and they alone, understand the intricacies of language as a whole. And so, to their stubbornness and arrogance I present the following:  an open letter in defense of the ‘Tears Through Joy’ Emoji.

To begin, something  needs to be set straight, that something being a concrete definition on what language is. This may seem like a simple task, as some would argue language is a series of words put together in order to create coherent thought. Now while this is true, one must also take into consideration the root purpose of language, and that is not words. It’s communication. Words are, of course, a form of this, but as a whole the way people interact with one another is so much more then what they say.  In fact, the Merriam Webster dictionary definition of the word language is:  the system of words or signs that people use to express thoughts and feelings to each other. Note how words are present in the definition, but the only reason they are is because they serve the function of communication. Therefore, a convincing case can be presented to the idea that in language, the idea of communication derives priority over words themselves. This is  based upon the fact that in official definitions of connotation to language, words are only present because they serve a function of communication.

At first glance, such a statement can seem radical, but if one takes a closer look at the history of written communication in and of itself, they will see that it is not only true, but fundamental to society’s understanding of what language is as a whole.  The Kish Tablet,

the earliest known recording of written communication, dates back to roughly 3500 BC. Now what is extraordinary about this tablet is not only its age, but the reason as to why it was created. Historians have stated that the tablet has nothing to do with law, or poetry, or politics, but rather it is a simple business transaction. The merchants who are believed to have crafted what we now consider to be the fundamental cornerstone in written communication only did so because it helped them establish monetary costs more effectively in trade. These merchants wished to convey a thought in a more accessible manner than mere linguistics, so they put an idea into symbols. Since then, the rest of humanity seems to have followed suit, but in our hurry to adopt symbol communication, we seem to have forgotten the root as to why symbols were adopted in the first place; which was because they serve a function to a higher level of communication.

To jump back to modern times, one can see we’ve come along way from simply recording on business reasons. Language has become an art form, and a beautiful one at that, but in a way it has become glorified to the point where people reject the fluidity which is  crucial to the growth of language as a whole on the grounds of ‘tradition’. The fact is, however, that a lot of what we now consider common and proper phrases take their root as slang. For example, the phrase ‘Goodbye’ has an etymological root from the phrase ‘God Be With You’. Generations of fluidity and change have brought us one of the most common and universal phrases that there is. And yet, there is a stigma in our society that rejects slang under grounds of it sullying the written word. Such a stigma runs against the history and meaning of written word in and of itself, and yet it exists on what can only be described as a breeding ground for ignorance. It comes from those who would rather glorify language and its past to the point where it is no longer about being able to share ideas, but rather a means of stroking ego of those who would consider themselves superior for using one form of communication to another.

“Some say written language is only a bad translation of spoken…When the very first word was written down, something must have been lost.”

And she is not alone in her thinking. Greek philosopher Socrates 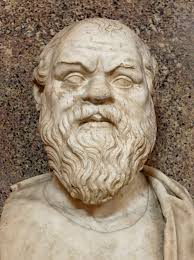 , as recorded in Plato’s Phaedrus, is on historical record for his dislike of written word on the grounds of not only laziness (as it discouraged memorization), but also because it  inhibited ability to express emotion in the way spoken word can. However, because emojis are not words, they do not face this barrier. In fact, the very root of their name reveals their purpose, which is to convey emotions that cannot be thoroughly put into words. Emojis are a language in and of themselves, in that they allow for an almost global understanding of concepts, felt and identifiable by every individual who encounters them, regardless of age, nationality, language, vocabulary, culture, or social status. The emotion of laughing so hard one is crying, for instance, is the same feeling regardless of whether you are a a North American teenager or a senior woman living in Peru or a child living in poverty in Bangladesh or anywhere in between. Why each individual may be feeling this may differ, but the fact that they are feeling it all together is  one of the binding quintessences to life. Emojis are in a very valid way the child of such a quintessence.  They represent the commonalities that bring people together, regardless of any other dividing circumstance. Furthermore, the choice of ‘tears through joy’ truly speaks to the hope for our world as well; in that through times of such global hardship and turmoil, we as human beings are capable of finding ways to find the laughter through our tears. Humans have the remarkable capability to take all the hopelessness and despair that engulfs their lives, and still draw laughter through emotion and connection by means of the human spirit. What is incredible is that our understanding of the human condition has progressed to such a point that we have created an almost universal language by which all can understand and be understood through simple, one character symbols. Those who would argue emojis are primitive thinking are blinded by the fear of such a rapidly growing means of connection, and sadly lose what is actually an elevated form of speaking to peers.

Now all of this in mind, this is by no means saying everyone has to like the emoji. What needs to be taken into account, however, is that ignorance and rejection of an idea solely based on how ‘new’ a concept is, is not only unprecedented, but in the case of language specifically, dishonours both the  the history and definition of written communication, Language is birthed from fluidity both to change and to communicate, and to inhibit this core characteristic is equivalent to stop progression of communication.

2 thoughts on “On Laughter, Language, and Tears”