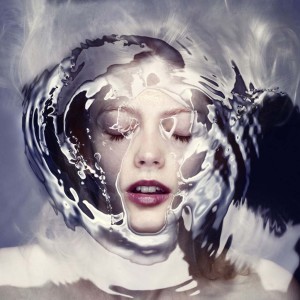 The south has always had a connotation attached to it; one with slavery and segregation written on its label.

The old south: cotton fields with large and extravegent plantation houses; racism and slavery was the normality, it was both societally and morally acceptable; people considered to be degenerates were looked down upon, ignored, and disrespected as well as disapproved.

The new south: small towns and closely knit communities; values high in morality with a wide respect and acceptance for all; people conversed and interacted with people without openly and evidently judging or belittling those who were once reproached.

In the novel A Streetcar Named Desire Tennessee Williams intricately weaves in different political values and views into the play through his characters and their backgrounds. As made perfectly clear in the play, both Stella and Blanche come from a background with a traditional “old south” way of life, complete with the values and point of view. Once Stella independently flees Belle Reve on her own accord, she is leaving a beautiful dream; a beautiful political dream of the south. She finds herself in Heaven fit for Kings and Queens; Elysian Fields. This time, however, she finds herself with a man, a decorated officer from the army. She lives on the lower story of a two-story apartment building in a comfortingly “slow” town that goes with the flow and is dream-like in the sense that it does not attract the hustle and bustle of busy cities, but finds its own rhythm of time and fits into its own pocket of pace.

Stella independently left Belle Reve. It allowed her some time to adjust, adapt, and experience the new(er) south firsthand. It is like slowly wading into a pool of cool water. With each step you cautiously proceed; allowing each cell of each part of your body to adjust to the temperature before continuing, until you are submerged and your body allows this new temperature to become the normal baseline temperature to which it judges its environment with. She was once a part of the old south. With each step she took advancing into the new south, she began to dive deeper and deeper into its values and typicalities; until she is submerged in the new south, and its morals and values are now the way in which she views the world and how she judges her surroundings. However, she is not yet deep enough in the new south waters to be fully incapable of forgetting the point of view that comes from the old south, and how she grew up. Though the new south has reset her standards and set a new “baseline” for how she views the world and how she judges her surroundings.

Blanche, on the other hand, started with the same background, heritage, morals, beliefs, and values that Stella had; those of the old south. However, she is the one that stays and fights for Belle Reve, attempts to save it from slipping between her fingers. As society, and the south as a whole, is beginning to move forward to a switch in morals and values, Blanche is still stuck in her past, and the comforts that come with the values she had grown up with. Once Stella had left, Blanche stayed behind and endured the deaths of multiple loved ones. Those who had passed on were once the ones that had taught her the old southern ways, the ones that had influenced her to embody this lifestyle. As they pass on, it could be viewed as the gradual and symbolic death of the old south. Her loved ones that had once represented and lived in accordance to the older south’s way of life are now gone, and now Belle Reve has disappeared. All of the symbols associated with the values Blanche grew up with have disappeared, just as the “old south” is continuously transforming and adopting the values of the “new south”.

One of the old south’s traditional values was that being gay (or having a different sexual orientation than what was considered “normal”) made you a degenerate, and a disgrace to society. I find it interesting that the young boy that Blanche had once been married to was gay. This happened before the deaths in her family or the loss of Belle Reve. Perhaps the boy was a message being sent to Blanche; that if she did not learn, adapt to, and adopt the ways of the new south, she would be left behind, and she herself would be left alone and “put up for adoption” by the new south and its morals and way of life. With the death of the boy, it could symbolize Blanche’s refusal to accept change (the new south) and the refusal to step away from her comforting past (when she did not have to worry about aging and men not being attracted to her or seeking her out) in which she had a certain sense of security in knowing what to expect and that she had found her place. She is fixed on living in her illusion where she is comfortable, loved, safe, and secure. The death of her husband could show her defiance in accepting change that could bring about new obstacles in her life; and it can also show how fiercely and relentlessly she clings to her illusion, her past, and the old south (all that she has known) in efforts to feel safe and accepted, and as though she can serve a purpose and fit into a niche.

Once all elements of the old south have disappeared and been taken away from her, she feels as though the only connection she has to her past is her sister, Stella. She seeks her out in efforts to be able to reconnect with the old south and “fit in” to society again. However, she only finds herself submerged in the new south, to which Stella has been adapting to for quite some time. Instead of carefully wading into the water, waiting to adjust to the temperature, Blanche cannonballs into the water and shocks her whole body with the temperature (temperature signifying culture) that she is immediately and entirely surrounded with. She is submerged, not only submerged, but drowning. She is drowning because she does not know how to swim. She is drowning, and that is one of the reasons as to why she has been driven to insanity.

One thought on “New vs Old”