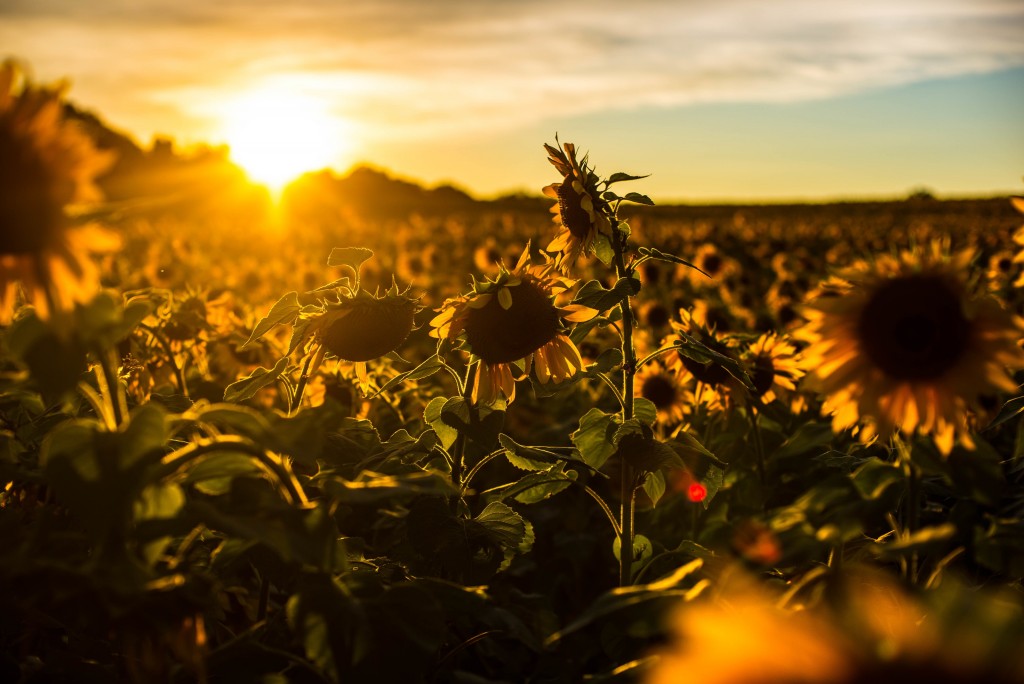 What do these texts suggest to you about an individual’s response to the constraints of convention or circumstance?

Poem: “Diary of a Piano Tuner’s Wife” by Wilmer Mills

In the days when my grandmother was still a young girl of an unripe age, there was a wind that swept the prairies with the force of a God not to be reckoned with. It was a wind that broke boughs from branches and scattered crops for the crows; one that left in its wake a tidal wave of soil, stones, and disparity. They called it the “Dirty Thirties”. Dirty – as if the sin of the earth was a shameful burden that we poor farmers had to bear. Dirty, unlike the God my grandmother preached would save me from all earthly harm. 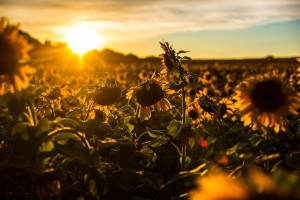 I can hear my grandmother’s sermons about God and gardening in my mind, to this day. It’s been thirty years since her passing. I swear I can hear her exclaim how sweet the carrots are from across the dinner table, still.  Her voice is soft and warm, though I cannot say that I have ever really heard it before.

My grandmother was a gardener of vegetables and teenage girls. She religiously planted vegetables every year on the farm. She planted the seed in me to achieve that green thumb as well, though I cannot say with certainty I accomplished my goal. My corner of the garden withered in the August sun, whereas my grandmother’s strawberries flourished from little, yellow buds to sweet, bursting fruit.

I suppose my grandmother was so successful because of her creativity in times of adversity. She’d tell me stories, growing up, of the in-between season when the preserves of last year’s harvest were gone. You’d have to wait until autumn to eat again, in those hungry days. Yet, once times were good again and “dirty” was no longer a daily endurance, she began to sing. My grandmother, I remember, used to sing hymns as she gardened. It was a technique I was not willing to try, no matter how much my grandmother preached God’s wonders. As well, my grandmother had a practice of putting black coffee into the soil as well as I turned it with a shovel. She believed that gardening without gloves improved the soil as well as the skin. I remember now she used to tell me that her husband believed her to be crazy when she did these things, as did all the other growers in her rural community. Yet she was successful and triumphant; the evidence of her success lay on my plate at the end of every harvest season, as we bowed our heads to pray before we ate.

It’s those prayers and hymns that I hear.

To this day I cannot grow a single vegetable, though I try. The gardens of the other women in the neighbourhood swell with thick leaves through small greenhouse windows – at least from what I can see as I peek over fences. This I think is the secret: a greenhouse. I have begged my husband to build me one, and he has. But all I’ve discovered is that I can no longer blame the death of my plants on their environment. Every other woman in the neighbourhood brags about how nicely their turnips came out this year – “Yes it must have been that dry spell we had…” – or how juicy their tomatoes were – “I swear it’s that Miracle Grow, it works wonders!”. It seems to be only me that cannot keep a single thing alive.

If my grandmother could see me now, she would be disappointed in me. “A greenhouse?” she’d cry, “When God made the earth in seven days, He didn’t build it in a greenhouse!” I wonder about my grandmother’s creativity and how she broke the constraints of conventional farming. What would prescribe to remedy my broken soul, my horrible green thumb?

I believe she’d say that the greenhouse must go. If she could grow life in soil that was believed to be dead, then I can at least manage something 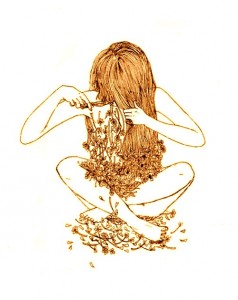 without artificial light, heat, and nutrients, can’t I? That’s precisely what’s so tough: it isn’t a question of what will I grow, it’s what can I grow? As a young girl, I’d lament to my journal the deaths that had long been coming, but only accepted once written – the parched lettuce, the shriveled pale carrots, the sad unbecoming of the zucchinis. I suppose those are too specific and would require my grandmother’s expertise to thrive. What can I grow?

Much to my surprise, I’ve found myself asking God the same question. I’d never truly needed God in my life up until this moment, and it’s funny how just when you need him, God shows up. He gave me my grandmother in a packet of sunflower seeds. Sunflowers, I remember my grandmother raising these too, growing up. She called them a “hardy flower”. She grew them to remind us to be grateful for our triumphs over troubled times, and to be gracious to those who don’t understand. Sunflowers: they need little watering, an immense amount of sun, and a post to hold them up once they get too tall. These necessities my untalented hands can provide.

My husband is calling me crazy because I refuse to garden in the greenhouse he has built for me. He says that we would starve if it weren’t for the grocery store. He doesn’t understand the history of gardening that lies within me and the reasons I must break the conventionality of the greenhouse. I’ll grow my sunflowers in the ground, I’ll sing to them the sweet songs of prayer, I’ll pour rich, black coffee over their roots, I’ll kiss their seeds with my ungloved hands. I have made myself a new goal: not to produce a bounty worthy of a hungry family’s praise, but to fill my soul with the growing of life.

Saying my grandmother was an expert gardener would be an understatement. Yet it is only now, thirty years after her passing, that I truly understand all the things she tried to teach me as I grew up. When the sunflowers will shoot up out of the earth, I shall feel my grandmother here beside me.