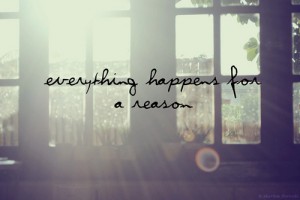 A northeast, northwest, southeast, southwest, a north and a south, and one city.

I remember all the controversy about how to say his last name and all of the girls having those Elementary School Crushes on him. I barely talked to him in Grade 1, I only remember two encounters we had that year:

On the side of the classroom, atop a counter stood a red plastic basket full of books. I was much too short to reach it, but tried anyways. The basket tilted, and the books began their journey to the floor, sliding out, threatening to hit my face. He came over to help me, and propped the basket back upright. I thanked him, and that was all.

One morning, the school bus didn’t come. My mom waited with me, his grandma waited with him. My mom tells me that his grandma talked to her as we waited, “He went to get a haircut, and the lady doing his hair cut it a little too short. He’s not very impressed.” We ended up driving him to school that morning. I remember trying to create conversation to cut the nervous atmosphere of two elementary acquaintances sitting in the same car. We walked to the Grade 1 doors, talking, the atmosphere less awkward now. Once reaching the doors, we dropped our backpacks in the line-up and he told me, “Sorry, I have to go find my friends.” and then ran off to find them, as I walked towards mine.

I don’t remember the next time we spoke.

Grade 2, 3, and 4 went by. We unknowingly coexisted, nearly speaking but never quite. I saw him in the hallways, as he saw me, and his classroom was always just a few doors down, if not right beside mine.

Grade 5 and 6 our classrooms were close, next door even. At breaks we saw each other in the hallways, but I can’t ever remember speaking with him. Grade 7 he was in the partner class to mine. We passed each other, switching in and out of each classroom as the day progressed.

We continued to coexist and maintain knowledge of the other’s existence without ever directly interacting. Almost speaking, but fate preventing our lives from overlapping too directly.

Grade 8 we were in the same class. I didn’t really notice him at first, it’d been a while – just as I’m sure he didn’t notice me. I was more excited about my friends being in my class anyways, as I am sure he was. Our class consisted of small groups, but it also had the feeling that we were really just one big family, some being distant relatives of others, while the small groups consisted of immediate relatives.

As the year progressed, and him and I acknowledged each other’s existence more frequently, we began to talk. I can’t remember when or how, but his friends and my friends molded into one friend group. After ups and downs, and times when questioning the so-called friendship that existed had passed, by the end of the year, we all considered ourselves close friends.

It was a good year, Grade 8. Within our group, we had made friendships that we knew would continue into High School, and these friendships were with people that we knew we could count on. My friend and this guy even had the most infamous relationship known to the eighth grade.

The next year, our group remained just as tight as we had been. He was on my bus. Despite having none to one class with the odd person in our group, we were always together at lunch, keeping up to date on each other’s lives and the school’s. As the year progressed, we realized that as our friends applied for other schools, that our group wouldn’t remain the same forever.

The said infamous relationship and the friendships within our group strengthened and were cherished as the realization set in that next year, the only people left would be me, him, and his best friend. What we clung to, I think, was the ignorance. I think we pretended that everything would go on as it was forever. For a while the thought of our best friends leaving was a distant possibility in the future. But as the end of the year neared, it became a haunting reality.

At the end of the year, some of us hugged and said goodbye through tears, while others said an indifferent goodbye, trying to ignore the fact that we wouldn’t be the same friends as we once were throughout the rest of high school. We said goodbye as though we would see each other again next year, everything unchanged.

But now it’s just me, him, and his best friend.

All on the same bus, all still friends.

Now the group that once sat in a large oval in the hallway at lunchtime, can sit in a booth in the cafeteria with lots of space to spare. And no matter how annoyed we might become with each other, we’ll always have each other.

Over the summer, my mom told me about these weird coincidences.

When she was a child, she went to the same church as his mom. Apparently his mom and my mom were friends. His grandpa was the pastor. His grandpa had almost married my parents. How some of the decorations in our house came from his grandma’s garage sale.

It’s strange to think that even before the individual paths of our lives overlapped, our lives had been destined to overlap.

But he still shows me his favourite movie, and introduces me to his church friends. He still accepts me as I am and offers to be my wingman. And I know I can trust him, just as I hope he knows that he can trust me. And he is still my friend just as I am his. And I’m glad.

As time passes, lives overlap and paths cross, and the coincidences and true intentions of life reveal themselves. Fate has terribly intricate yet meaningful tendencies.

In Grade 1, he was my character role model.

He knows it too.

We joke about it and laugh, just as we do about countless other things.

It’s Grade 10 and we are friends now. Good friends I like to think.