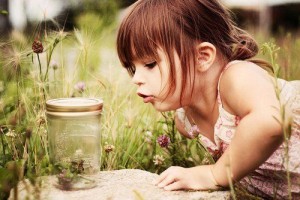 To express love and encouragement. To be pronounced with the imitation of a baby’s voice by an adult or elder. To be filled with pure happiness and fulfillment. Until the word is used to exclaim “No!”, and the child now knows that a word; being beautiful, happy, and encouraging, can also become something indicating trouble, naughtiness, and danger.

To tell a story. To rattle off a one-liner. To give directions for a game, and tell another where to hide as to not be found by the seeker. To point out the beautiful elements of the natural world. To indicate a loved one who is walking down the street amidst a crowd. To congratulate one. To say “I love you.” Until the sentence is used to say “I hate you.” The child’s innocent voice of anger comes out when the parent decides on something that the child does not agree with. And the child realizes that a sentence, that can be used to retell and create joyous memories, can also be one to pronounce terrible ideas and words that can hurt another, and leave a life-long impression on anybody.

To add a positive and encouraging connotation to a motivational statement. To add humour to an anecdote. To express love and add genuineness to a compliment. Until it is used to add a bitter sense of sarcasm to inadvertently insult someone. And the child now knows that as much as tone can create love and laughter it can also create hatred and retaliation.

To make someone’s day. To let someone know you care. To express the effort you are putting into spreading happiness in others’ lives. To show that there is more to you then what someone might initially assume. To show you admire someone’s words, actions, or life. To show your love. Until that smile is used to deceive someone, and is used as a false, forced attempt at showing someone you are fine. Used to cover up the pain felt on the inside. And the child now knows that something as simple and beautiful as a smile, can be turned into a complex and deceitful thing.

To please the eye. To add interest to life. To beautify the world. To admire. To identify objects by. Until it is used to identify people by; discriminating, belittling, and degrading those whose skin pigment isn’t up to “standard”. What standard? And the child now knows that something as unique, artistic, and beauteous as a colour can be turned into a wicked label used to shame and mortify other human beings.

To indicate an unspoken understanding between two people. To indicate someone to initiate the surprise. To inform someone who has mistakingly seen you do something, that it is to be kept a secret. To express the attraction felt between two people when they stand a distance apart. Until it is duplicated, and both eyes wink simultaneously to ward off tears, to hide pain, and shield themselves from their own vulnerability. And the child now knows that a humourous and playful action can be just as easily manipulated into a weapon that only harms those in possession of it.

To give life to all things living. To be alive. To appreciate life. To fill your lungs and completely empty them continually without even thinking about it, and without even thinking about the miracle that is breathing. Until that breath contains dozens of toxins and chemicals; whether it be on purpose by intentionally using drugs to change your state of being, or by accident, by unknowingly breathing in the pollutants that our society has carelessly put into the air for us to breathe. And the child now knows that something as pure and natural as a breath of air can be contaminated by people, and turn into your eventual demise.

To always be there for you. To listen to your stories. To laugh with you. To chill with you. To always have your back. To always be your shoulder to cry on and that somebody to lean on. Until that friend is discovered to have betrayed you, lied to you, gossiped about you. And the child now knows that someone who was thought to be kindhearted and loyal, can just as easily double-cross you and use your friendship against you, to stab you in the back.

To populate the world around you. To ensure that there are always more stories to tell. To make sure that there are always more people to meet. To see to it that when one is having a bad day, they can always count on an anonymous smile. Until that stranger has the potential to be a predator. A drug dealer, criminal, rapist, kidnapper, mass murderer, drunk, high, or just plain sketchy. And now the child knows that ‘the unknown’ is no longer a mysterious and sought after thing, waiting to be discovered, it is filled with danger and uncertainty that must be approached with caution.

To be with you. To care for your wellbeing. To have your back no matter what. To be loyal. To be compassionate. Until that lover has certain societal standards to meet, and a certain mold to fit. Until all of the sudden love has limits; a man can not love a man, and a woman can not love a woman, and you are wrong, you are messed up, you are impure if you can’t agree with this. There is something wrong with you. That is what they tell you. And the child now knows that love, in all its beauty, all of its purity, and all of its life, when thought to have no possible corruption, that this magnificent miracle of love, can be turned into something demeaning and judgamental.

To say “It’s a pleasure to meet you”. To be a symbol of cooperation. To begin the bond of two aquaintances. To signify peace and mutual agreement. Until that handshake it used to take advantage of another, to break the peace, to betray the other, to start a fight. Until that fight turns into a war, and the once peaceful country is turned into one of turmoil, chaos, and destruction. And the child now knows that a formality that holds such symbolism can be betrayed and turned into something ugly; a wave of destruction, devastating all in its wake.

But no longer is it fair to call this human a child. It has been a long time since they have had the pleasure of seeing life through the glasses of youth, seeing it throught the lens of innocence. As life went on, the child developed into a young adult; seeing the world in ways which they had never wanted to. Innocence was the quality that they had clinged to, in hopes of it making through adolescence alive; but it has long since faded. All of the turmoil, all of the suffering, all of the pain, all of the terror, all of humanity’s sickening ways have all corrupted this innocence. As life greets us as we begin to grow older, we realize that all of the beautiful things, all of the pure, moral, righteous, beautiful things in our world, have just as much a side of evil and immorality.

With the absence of an abundance of innocence in our lives as we grow up, we are continuously exposed, on a daily basis, to the truly horrific place this world has become. Contaminating all things pure and disrupting the harmonious balance that was once established and maintained. This being said, it can do many things to a person.

When one loses their innocence, they panic, and frantically attempt to replace it with ignorance. People attempt to become immune to the negatives of the world by building a wall of ignorance up around them.

Even though it might seem as though our innocence is long gone, a small part of it still lingers in our being.

It is the part that tells ourselves that humanity can not be purely or solely evil. With all of these bad decisions resulting in bad consequences, there must be a reason for them. And in order to find this reason, we must reject the offers that ignorance offers us in order to keep an open mind.

It is that lingering bit of innocence mixed with the wisdom we receive as we grow older, that allows us to realize that life is a balance.

For every bad, there must be a good. A lesson, an epiphany, a moral development, something that comes out of the bad, to make us realize that it happened for a reason.

For every good, there must be a bad. A possible consequence, a sacrifice, an exception, something that comes out of the good, to make us realize that it happened for a reason.

Though everyone comes from a different place, develops different morals and values, and has a unique perspective, but in my eyes, I think that everyone has the same beautifully equal opportunity to realize that life is a balance. And although the majority of innocence has disappeared, it was lost at the cost of something beautiful beyond words; life.