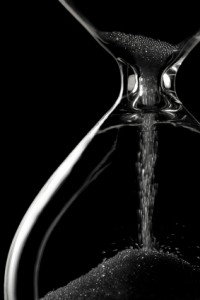 The essence of Life is that it stops.

there is a finite amount of

that you as a Body get to take.

All grains of Sand.

We hold them in our fist,

and no matter how tightly or loosely,

no matter the amount of space between our fingers,

that Sand will fall.

Sometimes we will notice,

and sometimes we will not.

Sometimes we will clench our fists

in an attempt for some control,

in an attempt to joust with Fate,

but all that will occur is an increase of slipping.

And sometimes we will come across the shards

of a Broken Hourglass

take that Glass and Metal lying at our feet

but all it will ever be is part of a Corpse’s story.

The remnants of of a container for something bigger.

We need to remember that. 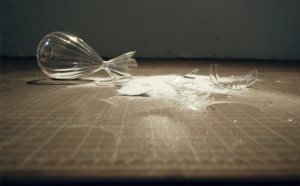 The poem above is something inspired not specifically by any piece of work discussed in class, but rather the idea of how humans respond to texts involving tragedy. Such an idea was brought up by a classmate of mine who, after we had read a piece written by a German journalist who witnessed the slaughter of Jewish people, stated that he felt that we as a class had intellectualized the article, rather than giving the dead the honour and respect they are due.

This idea really moved me in that if you look at the way literature is discussed, often we forget the stories of suffering and misery we read about take their root from real events, if they are not real events themselves. Too often do we, and I am just as guilty of this as the next person, turn people into symbols in literature, forgetting that their is a very real story and identity behind the words we read. This was an idea I really wished to emulate in this piece, which is why I chose to capitalize certain words. By capitalizing words like ‘Sand’ and ‘Corpse’, I was attempting to give some sort of name to all those who died whose names we do not know. For example, in the article the writer speaks of a young woman who passes the writer and says the phrase ’23’, almost signifying that her age is more important than a name. This line really spoke to me as i made me realize just how dehumanizing the oppression during the Holocaust was. To reach a point where the last thing you wish to tell someone is how young you are, rather than what your name is speaks volumes of the loss of identity that the victims of the Nazi’s faced. And it is this loss of identity, not only at the hands of the Nazis but at the hands of an audience, that I wished to help return in some small way.

Furthermore, I wanted to craft a piece to remind my audience that the people we read about in books and other forms of media are not a sum of the tragedies and  oppression they face. Obviously the fact that they had to face such atrocities is disgusting, but the important thing to pull from it is not that they suffered, but rather that they were people who, up until that point, had been living their lives. These were people who had families and hobbies and dreams, but to reduce them to the fact that they died in a genocide is to reduce them to one dimensional people. And, to me at least, this is almost a form of fictionalization of suffering. To quote my classmate, we owe them our honour and respect, and I would offer to my audience that the best way we can give this to them is to consider their story in terms of their overall life rather than in fragments.

One thought on “Of Glass and Sand”