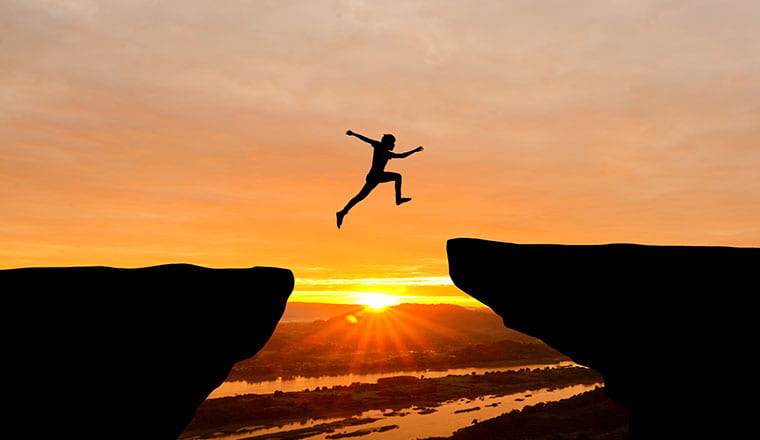 Prompt: Discuss the idea(s) developed by the text creator in your chosen text about how acts of courage develop and nurture personal integrity.

An individual’s integrity is developed and nurtured through one’s courageous actions, which may defy societal expectations, but will ultimately fulfill their convictions, revealing their true character. Although these courageous actions may be perceived as inferior through the eyes of adults and society, it is these noble efforts an adolescent performs which he/she believes is morally right; this leads to one’s integrity to evolve.  Harper Lee conveys through her novel, To Kill A Mockingbird, that individuals who grow and discover their own beliefs, are then capable of making decisions based on their own knowledge; furthermore, they overcome a common expectation of society to do what they think is right. Specifically, this can be reflected in the character Scout, as through her numerous confrontations, it is evident that she sacrifices a standard of Maycomb to do what she perceives is right. Scout, a lively young girl, learns from her intelligent father and soon realizes the flaws of her town: a prejudicial society that has an oppression against coloured folk. So through her courageous acts, Scout fights for what she believes is ethically and morally right despite societal expectations. As she loses her innocence she faces and deals with her reality in various ways, but soon learns the power of words to communicate her ideas and convey viewpoints; by doing so, the integrity of who Scout is as an individual is being nurtured.

The grey town of Maycomb inhibits individuals’ actions as there are societal expectations which restricts change, so when an individual wants to advocate their own personal beliefs, like Scout, all factors are working against them. Amidst Scout’s first day of school she has an interaction with her teacher, Miss Caroline, as she is protecting her father and is expressing that she has not done anything wrong, however Miss Caroline states with authoritative power, “Now tell your father not to teach you anymore. It’s best to begin with a fresh mind. You tell him I’ll take over from here and try to undo the damage.” (Page 23) Miss Caroline conveys that she wants Scout to cease learning from her father, and forget everything so that she can better do her job. She is also quick to silence Scout, who rebels against Miss Caroline as Scout expresses how she and her father have not done anything wrong to negatively affect her education. Through this readers obtain the understanding that Scout has the courage to fight for what she believes in and protects her loved ones. She is telling the truth since reading always came to her naturally but Miss Caroline, who also represents society in this moment, restricts Scout from allowing her beliefs to change a set standard. So, Scout is silenced and her voice was suppressed. Although, in finding the courage to even stand up and try to communicate her beliefs for that brief moment, Scout is showing her personal integrity and her true identity is being formed. Scout developed the bravery and learns how it feels to voice her opinions even though they are contrary to the expectations of Maycomb. Her integrity is displayed and being nurtured as she is conveying her truth. Individuals who find the courage to set forth their personal outlook, despite it being defiant to an expectation of their society, will allow for their personal integrity to develop and be nurtured. Contradicting a standard may be a burdensome task as one does not want to be viewed as the odd one out, and it can be quite frightening for someone to challenge a whole society’s viewpoint. Though sometimes, individuals are driven to do what is morally right so they advocate for change through courage, but it is this courage that is extremely difficult to establish.

As one matures and discovers what they perceive as morally right, it is this motivation which helps their courage to develop and enable them to act in various ways so that others can comprehend with their ideas and not fall back to their accustomed, common societal beliefs of prejudice. At the family Christmas party Scout’s cousin who she despises, Francis, is continuously annoying scout that her father is a terrible man for protecting a black person and is ruining the family so he states, “He’s nothin’ but a n*****-lover!” (Page 110) Francis expresses that Atticus loves black people, which is an insult since they are seen as lesser. Also, it is the standard in their society that black people are oppressed and not helped; this is white-priveldge. So by insulting Atticus, Scout is prompted to punch Francis as he does not appreciate the reasons Scout is trying to prove why it is okay and, in fact, good. Scout seeks to show him what is right by putting forth her ideas, but is ignored by Francis so her morals drive her to find the courage and strength to strike Francis with her fist.  Even after the event, the adults fail to listen to Scout’s viewpoints as there always will be a prejudice to the coloured people in society. Though she stands by her convictions, telling her truth, which shows her personal integrity. Most importantly, this time she was not silenced and Scout attained the courage to protest against societal expectations. However, acting out in a violent manner may display a lack of integrity towards adults, but by Scout saying her truth based on the ethics and morals that she values her integrity is developed. After Scout overcomes societal expectations she acquires the courage to challenge them and express her own diverse viewpoints, which is not usually done. Individuals are propelled to act based on their personal beliefs and morals, this courage helps encourage change in a society with set standards. This act, also, allows for one’s integrity to develop as they are speaking their truth and doing what they believe is right. Courageous actions, such as Scout’s efforts, conveys what an individual truly believes in as they are likely confronting a standard in society, but it then helps others understand one’s viewpoints. There are numerous ways that people can confront a standard; however, some options such as physical violence are not the best, so this is when an individual learns the power of words.

Despite societal expectations, an individual can be persuaded by one that has the courage to convey their unique perceptions as they will understand better, which is done through the utilization of words. Following the kids stopping the lynch mobbing of Tom Robinson and protecting Atticus from the mob, he says to the kids, “So it took an eight-year-old child to bring em’ to their senses didn’t it. That proves something- that a gang of wild animals can be stopped, simply because they’re still human. Hmp, maybe we need a police force of children… you children last night made Walter Cunningham stand in my shoes for a minute. That was enough.” (Page 210)  Scout, Jem, Dill secretly follow Atticus to the jail where the lynch mob is about to take place, but the kids quickly jump into the scene and stop it from happening. Leading to Atticus expressing this that exemplifies how the kids were able to convince the mob to leave Tom Robinson alone. Scout was able to articulate the words to get her message across, instead of using physical force. She based it on a value she had, that was taught from Atticus: to put yourself in the shoes of another person. Scout was able to do this for Walter Cunnigham making him feel empathetic for Atticus, causing the lynch mob to disperse. For the first time, the individuals in the mob did not fall back to their usual ways of oppression towards the black peoples. This occurred due to Scout being capable of voicing her truth and her beliefs that she thought was right, and the mob understood her argument so they left. Scout courageously defied a standard of a society and expressed what she believed was morally right, and she was finally listened to in this moment. She spoke with integrity and truthfulness that resulted in the safety of her father and Tom Robinson.  In addition, since she did speak from her heart and what she believed in, personal integrity was nurtured and developed. Courageous individuals who establish the ability to use the power of words are better able to express their unique ideas which may provoke another to actually change. Through courage one can overcome societal expectations, but no change is possible unless an individual can put forth their ideas peacefully to the world; words have more power than using violence. Only then, can real change can actually be seen in society.

Through To Kill A Mockingbird, Harper Lee displays how courage can be extremely difficult to find for some individuals, but when motivated by their morals and beliefs, one can utilize the power of words to advocate for real change in a prejudicial society with set standards. Scout, who matures throughout the novel, courageously defies the societal expectations to fulfill her convictions on what is doing the right action for all of society; however, it took ample growth and time for her to realize the power of words. This also resulted in her being truthful to who she is as a person, so her integrity was nurtured and developed. Though it may be challenging to stick out to convey diverse beliefs, once an individual articulates the right words, they are more sufficiently able to make another feel empathetic which leads to change. When one stands up for their own personal views and restricts society from dictating who they are and what beliefs they may have, their integrity will thrive. An Individual’s courage and noble efforts, which are driven by their morals, confront society’s standards that hinder change; in doing so, their integrity will prosper as they are expressing their truth.