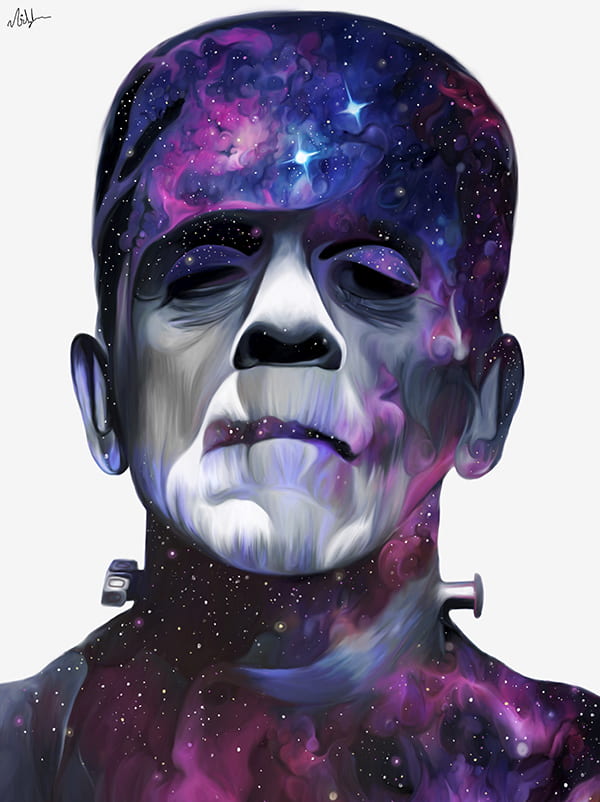 Throughout the novel, readers see that Victor had always had a passion for all things natural, and unnatural. His pursuit for knowledge eventually leads him to explore the limits of his desire. He decides to go above and beyond when he created the monster. His initial reaction when he had first completed the task was awe – he was amazed at his power and ability to create what no man could have ever imagined. It began to slowly dawn on him that perhaps, he had made a mistake. Almost immediately after he created the monster, he retreats in the fear that his creation would come for him. He wanted to separate himself from the creature he crafted.

Here is where I see a biblical contrast. Although the cause for God’s division among mankind is a well debated topic, He separates Himself from His creations much like Frankenstein desired to immediately leave his creation behind. Through out the novel, Victor even occasionally compares himself to “Adam”, who is believed to be the first human created by God. I can see this as well. In the Garden of Eden, there was only one rule to follow: to not eat the forbidden fruit. However, Adam allowed himself to be convinced by Eve to eat the fruit, and so he did. His temptations led to his banishment from the paradise. Victor as well went against moral laws, eventually leading to the ultimate demise of him and several others. Although Victor can be compared to more than one biblical character, Victors intention was to have a species looking up to him and obeying him as their creator, thus, him wanting to achieve the position of God.

The ability to manipulate nature is one that is supposed to be past the abilities of mankind. As many religious groups believe, it is the task of God and God’s only to create and destroy life. The development of Victor’s character leads him to go against the moral laws and do exactly that. Once the nameless monster he created began to oppose Victor and those surrounding him, Victor vowed to kill the creature.

Nearing the end of the book, Frankenstein’s development shows that he regretted the actions that he committed against humanity. He slowly began to see that it wasn’t his place to start creating things and destroying them since he experienced the consequences of doing so. Approaching the time of his death, he felt the need to tell his story and express his legacy in that form. This is similar to the way that the bible was published: for the reason to inform the future of events and origins worth knowing.

Among other things Victor did that could reflect the actions of God, these examples I felt were the most prominent and the strongest that support my argument. I believe Victor’s main motive to create such a thing was his need for someone or something to worship him and provide attention to him in that way. This was the flaw that led him to regret his thoughtless action.