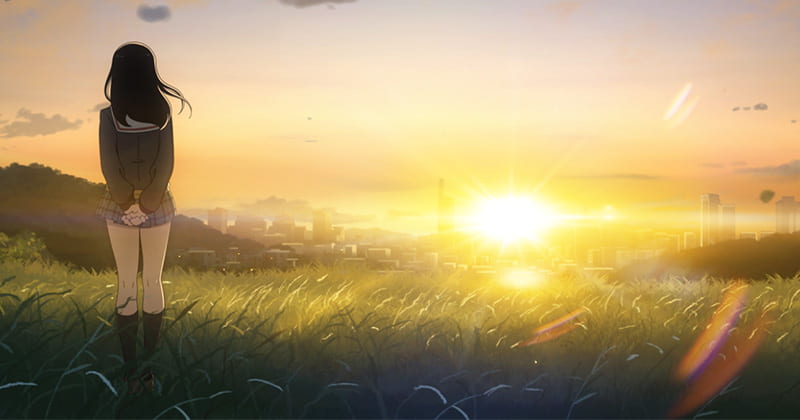 “…the nature of HUMAN LONGING and how an individual’s life is shaped by such DREAMS.”

Text: “Be Still” by Elizabeth Gadd

My parents are both skilled engineers that have been working for over 20 years. After spending numerous years in university, traveling half-way across the world in search of a more civil and dedicated life, and climbing the ranks in their industries, it was inevitable that my parents were going to have high expectations of me. The daughter of two, hard-working, professional  members of society was obviously going to be raised with the expectation that she too, would be required to spend multiple years of her life studying a greater level of education. This realization that I was forced to come to part-way through my childhood, the key part of my existence, which I have accepted over the years. I’m completely fine with that concept of life, as long as it means that I will be able to gain the approval of my parents.

As a child, I was often criticized by guardians for not fitting the ideal of what a proper young girl should be like. I preferred the comfort of hanging upside down from the monkey bars and reenacting the actions and language of a baboon, whereas my parents found it much more appropriate for me to be studying silently or playing in a gentle fashion with the other little girls of my age. I was a chaotic child to say the least, and my parents were not pleased with my obnoxious behaviour. The school sent letters home often, because of my sudden, but often, tendencies to blurt out the answers to questions in class, or for having side conversations while others spoke. This is how I grew to earn the name of “chatterbox” in my family. Any time I spoke out of line, I would be interrupted by either the obvious statement or the silent muttering of the word “chatterbox”, a name that I despised due to the fact that it criticized one of the most influential aspects of my life: my love to talk and share and express my potential with others. Everytime the word was repeated, it would cut deeper into me, a growing gash,  until one day, during the sixth grade, I looked in the mirror and saw the long stain of my parent’s disapproval. I saw the intention in each of their strikes to my dignity, saw the reality of what they saw me as. From that day onward, I stopped speaking when I wanted to in class.

In an instant, all I wanted was their approval.  I wanted the satisfaction of one day knowing that I was what they expected of me, and not just an unsuccessful member of our family. The first thing to change was my habits. My father had always told me that there were two things that held the most importance in life: family and education. Family would come with the education part, so, with my end goal in mind, I began studying daily for hours on end, exchanging the amount of time spent on me to the amount of time spent on my future. A future in which I would be successful.

I stepped into the only logical direction: studying to pursue post-secondary education. It became evident, however, that the most stressful part about school is that every course branches off into numerous little streams, each traveling to its separate intended destination, and as a student, you must choose one. At the beginning of grade ten I realized that I had no clue which path was going to take me where I longed to be. Every career has its own route, all of which could only be predicted, due to the inconsistency of what actually happens when one goes to university. With that in mind, last year, I decided that I was going to take a more open, but deeper step into high school. This deeper step was called “taking all three sciences” and I immediately acknowledged the work load, as I was knee-deep in notes and assignments. At the moment, the thought process was that taking all three courses would allow me to keep my doors open, although it’s now beginning to feel more like stress than opportunities. I’m standing in a lake of cold uncertainty, and  questions, in the middle of an uncharted path, looking at where I am and where I should be. Initially, I could only see my reflection and my future, but now I can only see the fogginess, and the uncertainty in my next steps.

It could be a lot easier. I could just choose a path and see where it takes me. But I am worried that I will lose the chance to make my parents proud if I end up on the wrong one.  They decided what they were going to pursue at the age of 14, and stuck to it their entire lives, so the idea of not being able to reach that standard is not an appealing one. I’ve had to change myself multiple times over the past 5 years, had to shuffle my values around to make myself fit. Yet whenever I look at my reflection, I still see the same shame smeared across my face because I’ve changed myself to be something I wasn’t, something that I don’t know if I like, or my parents like, or anyone likes. At the end of the day, I am still at the bottom of the mountain, dreaming for the top, yet constrained by my own uncertainties. I want to turn back and I want to go forward, but what I know for sure is that I don’t want to be in the place I am in, stuck in this trench of questions, not sure which way is the right one. I want to travel the distance to reach my dreams, yet I don’t know what lies ahead of me, or what I need to do. In fact, I don’t even know if what I want will take me to my dreams, but I am sure of the fact that the step I take next year after high school, and every step before that, will change the reflection in the mirror, and shape where I will be in my future. And, if I’m lucky, that form will line up with the ones of my parents.