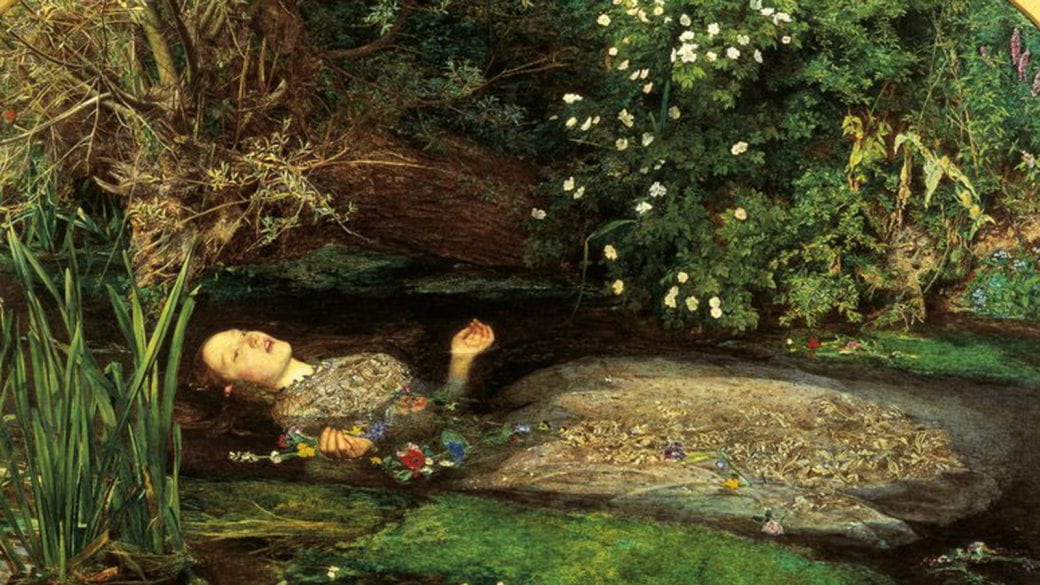 The Courage within Madness

The role emotional courage plays when an individual experiences separation.

Emotional courage is when an individual is willing to risk their own image in order to achieve a greater goal. However, when an individual’s self-image is defined by those around them, they depend on others to determine the extent of their emotional courage. This lack of separation creates a dependency on others to determine what one can and cannot do. William Shakespeare has demonstrated this idea in his play, Hamlet, through Ophelia- a character known to be dictated by the men in her life. Initially, she shows no emotional courage as she is incredibly obedient and attached to her father, by being willing to sacrifice her love with Hamlet to appease him. Then, after she is separated from her brother-Laertes, her lover-Hamlet, and her father-Polonius: the men whom she found security in, her emotional courage grew, as she was able to share her true thoughts and feelings to King and Queen through flowers, in spite her obedient image. Finally, she was able to truly separation her past self from her true self, as she was found dead with wreaths of flowers and weeds in a river. When an individual’s self-image is defined by those around them, they become dependent on others’ guidance and find themselves with no emotional courage. It is through separation, however, where an individual can discover the emotional courage needed to take their own risks, regardless of the expectations other people have defined. More specifically, it is through separation where an individual can use emotional courage to find freedom.

When an individual truly believes that their self-image is what has been defined by others, they will believe that others know what is best to protect their image and therefore, have no need to be emotionally courageous as they are taken care of by those who protect them. They become obedient, by choice, to the people around them because they have a belief that their reputation is being handled. This is shown through Ophelia and her relationship with her father, Polonius, who she has spent her entire life with. When he discovers her romantic relationship with Hamlet, he immediately demands that she rejects him, and without hesitation, she obeys, saying “Yes, my Lord.” It is clear that all she knows is to be obedient to him: what he says is correct: logically, morally, and ethically-through her use of calling him “Lord.”Although Ophelia loves Hamlet (as revealed to her brother Laertes), she obediently ends the relationship when commanded by her father to do so; she trists that her father knows what is best for her- honouring her duty to him. There is no need for emotional courage as she believes, naively, that the decisions made by her father for her would never risk her reputation, nor his. Ophelia has spent her entire life under the obedience of Polonius that there was never a chance nor need to develop emotional courage, as her father is often making decisions for her. Because of that, she is incredibly dependent on his presence in her life, as she is unable to guide herself and fails to provide herself with emotional courage. An individual who needs the presence of those around them to make their decisions has no need for emotional courage because ultimately, it is not their own image they are risking, but rather the image of them created by others.

When separated from control of one’s family, one will lose control over themselves, descending into a certain madness- a madness that allows them to discover their own personal thoughts and beliefs; developing their emotional courage. After discovering the death of her father, Ophelia realizes she has not only lost her father, but she has also lost her self-image. This drives her to madness derived from a voice she had suppressed her entire life from Polonius. This madness created a separation from her natural side, to her more truthful, emotional side. She runs into the Queen and King of Denmark singing songs of her own truth and sharing flowers of her own thoughts. She tries to share a violet, which represents faith, but stops herself, saying “it withered away,” when she lost her father. She then goes on and gives a flower to the King and Queen, each getting a flower for adultery and repent. Only in her madness was she truly able to discover the truth and beliefs in herself.  Through the separation of her father, Ophelia was able to discover her own emotional courage, which was proven through her truthful yet hurtful words to the King and Queen, ones that would have been forbidden by her father, and ones that she initially never had the emotional courage to say. When one is permanently separated from others, they become separated from the image those people have created for them. Separation from this image gives that individual a chance to discover their own self-image, and with that, new emotional courage that they once did not have, or were not allowed to use.

It is with true separation, where an individual can find the extent of their emotional courage and discover their true self. After not only being separated from her father but Hamlet with his madness, and Laertes with his schooling, Ophelia has never felt more alone. She is gutted with despair and disgust for those around her, descending into and mental state that is stripped of her image of innocence and obedience from others as she “deflowers” herself when giving the King and Queen their flowers. Ophelia proves that this was true separation as she was able to continue to be her truthful, emotional self even after this incident. Later on, in Act IV, Gertrude announces that Ophelia has died. She also discloses, however, that Ophelia died while picking flowers and arranging them into wreaths and crowns before she “…fell in the weeping brook,” and drowned. Her act of continuing to pick flowers, an act that has proven to reveal her deepest truths and feelings, shows how her act of emotional courage with the King and Queen allowed her to further separate the person she once was to the person she is now.

When an individual finds security in the image that another has made of them, they become emotionally attached to other’s decisions and guidance, abandoning their sense of emotional courage. It is when that individual experiences separation, not only from another but from the false image the other has created, where they can truly discover the extent of their emotional courage and how far they are willing to go for their own beliefs. Ophelia demonstrates this through the separation she experiences with the men in her life, especially her father. At first, she is very obedient- not only by force but by choice because she is dependant on the guidance of her father, and has no need to disagree with him. Then, after her father dies, Ophelia experiences a complete change in character, as she now is expressing her true thoughts and beliefs to the Queen and King- ones that she never would have been allowed to say before. Finally, Ophelia’s dying act of picking more flowers proves that through the extent of her emotional courage shown earlier, she discovered true separation from her past self. Separation is not something that most individuals crave; oftentimes it is used as punishment. However, it is through separation where one can discover their own beliefs and morals and therefore, their emotional courage: the ability to risk one’s reputation and fears for a greater goal. Even further, it is through this discovered emotional courage where an individual can truly separate their lies and realities within themselves.