Note:  I have been turning this post over and over in my head as though to plan its perfect execution, but it just wasn’t piecing together the way my truth had revealed itself to me. It wasn’t until I genuinely let the words take over that all I felt and believed took care of itself – I’m actually really happy about the way it blossomed. In my response, I traced the idea of desire being a symbol of overwhelming strength in my childhood, and my reconciliation with the fire and water within. I decided to polish it as my final free choice as well. For allowing me such vulnerability, thank you.

“Siren Song” by Margaret Atwood
This is the one song everyone
would like to learn: the song
that is irresistible:
the song that forces men
to leap overboard in squadrons
even though they see the beached skulls
the song nobody knows
because anyone who has heard it
is dead, and the others can’t remember.
Shall I tell you the secret
and if I do, will you get me
out of this bird suit?
I don’t enjoy it here
squatting on this island
looking picturesque and mythical
with these two feathery maniacs,
I don’t enjoy singing
this trio, fatal and valuable.
I will tell the secret to you,
to you, only to you.
Come closer. This song
is a cry for help: Help me!
Only you, only you can,
you are unique
at last. Alas
it is a boring song
but it works every time.
MY POETIC RESPONSE: 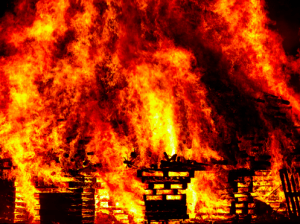 When I was a little girl, the colour I sought most intrinsically was red.

I sought flames in my appearance, the physical nature of my being:

I would proudly display to my mother the ruddy blisters from climbing the monkey bars in an effort to make myself taller (it didn’t work),

peruse the brown of my eyes in the second grade through a sunlit mirror, convincing myself that they were, in fact, a currant sort of red (no one believed me),

exchange heated words as I threatened to beat every boy in the third and fourth grade whenever they tried to get me in trouble (I won every time except once, when I brought a little blue water gun to school and took the blame for spraying my rival – it wasn’t me),

fight with all the ferocity of a wildfire when my little brothers challenged me to a fight – blood red temper, burning excitement as I attacked them everywhere I could in the wild flurry of my pink sequined pillow (formidable).

When I think back to the characters that I looked up to in my childhood, almost all of them had red hair, and a temper to match –

I wanted the fact that I was spirited, lively, red in the purest sense of the word, to be acknowledged, my passion matched with equal or greater zeal.

I craved fire, perhaps out of spite towards the pastel billows of blue and blush that blanketed a plush soul and a velvet heart.

Perhaps out of a need to be something more than nice, or good, or a myriad of other four-letter-words used to describe me, because nothing hurt more than being told I was dull, despite the fact that my rapid-fire speech, my red-hot words, had only ever been an attempt at exuding some degree of radiance, colour – to this day, the one word I refuse to use for anyone is “dull”.

Because dull means a lack of colour, personality, resplendence. To be dull would be to demean even the blue and blush I so wanted to mask.

But no matter how hard I tried, they would always resurface somehow. For despite the intensity with which I longed for the fire, I loved the innocents – the dreamers.

I couldn’t suppress my love for these individuals, in whom I saw my own soft blurred clouds of blush and blue, always.

Even now, I reach for the soft pastels of my childhood soul.

Try as I might, I can’t stop myself from weeping when I think of those scorched by the flames of others, the collateral damage to desires unrestrained.

When I think about the people who have hurt – be it Shylock or Edward Tulane – my flames are doused, and I realize that there is more to living, loving, being, than consuming others in your wake.

Destroying others for the sake of securing the fragility of your own flame is not powerful.

Power is allowing yourself delicacy, the right to be vulnerable and honest with those you love – with yourself.

Spitting scalding words and aiming to sear everything in your path is not admirable; it does not make you fierce, or strong, or bold.

It makes you afraid.

To swallow the plumes of smoke rising from the bellows of your anger, to recognize that self-righteous rage has done nothing but fan the fire, to allow yourself to forgive and be forgiven – there is nothing more fierce and strong and bold than a Della Robbia blue kind of patience.

To deplete and dominate and pull and push until you get your way, to stage a war of misguided passion and fear – that is not love.

Love is the name given to the most gentle of surrenders. It is the colour of intimate vulnerability and star-silk,

dapples of sunlight through dense branches onto

the fluidity of molten silver rivers.

diffusing from heart to heart,

the fragrance of roses in the rain –

Once, when I was a little girl, I defined myself in the words of others – silly internet quizzes, artificial generalities – as though a stranger who had never for themselves experienced my words,  my soul, my name, would be able to define me.

A testimony to the red of my blood, the blush of my pulse, the blue of my veins, my core.

The veil of a lady so resplendent that when she prayed, she would shine for the Heavens as the stars shine for those on Earth.

A veil of light – both the cover of night and its stars, the sun and its setting, the victorious truth and sublime surrender.

The soft, spirited radiance of a vibrant pastel soul. 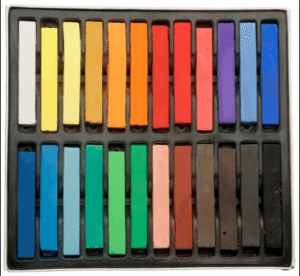