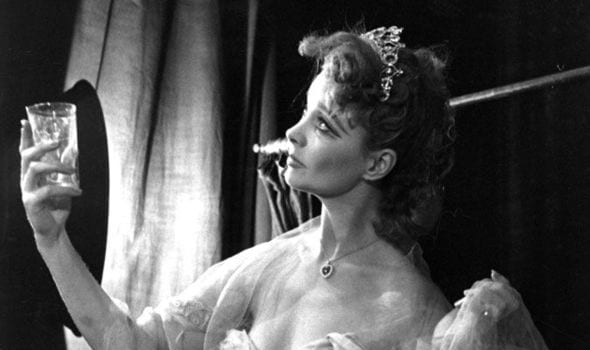 Dishonesty gives an individual the luxury of completely avoiding their reality, as if it is a lens to live life through. A lens that presents only optimism. To possess honesty is the ability to confront reality and effectively diminish the conflict between truth and illusory happiness. An individual lacking this trait may find it more gratifying to avoid honesty in order to accept the false sense of security in optimism; therefore, neglecting reality. In Tennessee Williams´ play, A Streetcar Named Desire, he explores these notions through the character, Blanche DuBois, a woman so desperately searching for a sense of certainty in life, who almost completely abandons all integrity to be able to live in her ideals. Her past adversities corrupted her perception of love, beauty, and security- leading her to depend on others to satisfy her needs. William´s illustrates the idea that when a dependent individual experiences tension between optimism and reality, they neglect honesty in order to obtain security.

The tension between an individual’s sense of optimism and reality is the emotional strain between what they desire and what is certain in their given circumstance. Blanche was given certainty at a young age when marrying Allan Grey, a man of beauty and poetry (because only the beautiful belonged together). In her innocence, Blanche believed that through this marriage, she was guaranteed her life’s worth of the ideals of love and security. However, she received the realities of adversity impacting her as a “blinding light”. “I didn’t know anything except I loved him unendurably but without being able to help him or help myself,” (114). The realization of Allan Grey´s homosexuality and infidelity ruined the naive ideals of love and security she once believed in. As this is Blanche’s first encounter with realities of adversity, her first instinct was to ignore truth, hoping it will fade away when replacing it with the optimism in dishonesty in order to maintain that sense of security. In this avoidance of reality grew tension between actions and thought; Blanche had not yet mastered the art of self deception. Thus, resulting in her sudden burst of honesty and disgust toward her husband- the ultimate cause of his suicide. Wrought with guilt, Blanche´s ideals were shattered in the tension of her sense of optimism and her reality were dependent on one another. With her youth and beauty still in tact, she could afford the impact of this incident as a “blinding light”, with enough security to be exposed to such harsh light, showcasing vulnerability. Though the lights progressively need to dim in order for this illusory state of beauty, youth, and mental stability to be maintained. In order to preserve optimism, an individual may ignore the reality of their situation to be blinded by a false sense of contentment; thus, disregarding honesty. As honesty is to be associated with rejection and loss. Blanche continually detaches herself from any form of honesty or acceptance of her reality, establishing a greater dispute between the optimism and reality of her relationship with Mitch – as a means of escaping the feelings of harbouring vulnerability and weakness.

In favour of preserving the security Blanche experiences with Mitch, she embraces honesty in hopes of resolving the tension between her optimism and reality. Initially, Blanche and Mitch’s relationship was built upon facades and white lies to maintain Blanche´s standard of beauty. Mitch grows unattracted to Blanche as her promiscuous past was revealed to him. In utter desperation for security, Blanche fully admits her past to Mitch in order to create a feeling of trust; and therefore, a balance between optimism and reality. The suicide of Allan Grey altered Blanche’s sense of what love is. She begins to act on lust instead of searching for true love. The purpose of her ¨intimacies with strangers¨ was to relive her romance with her late husband, living life through a light dimmer than “[a] kitchen candle”. Despite her raw honesty, Mitch ultimately rejects her, deeming her “not clean enough to bring in the house”, causing Blanche to associate honesty with rejection and the complete loss of security. Blanche has always found security in the transitory characteristics that inevitably fade: youth, beauty, money, false love, and illusions. In this one circumstance, she relies on honesty to find true security in, but with impure intentions in a dimly lit atmosphere, which suggests her ideals overrule her honesty. This perpetuates the notion Blanche believes; associating honesty with rejection and loss. She unknowingly acts in a self-destructive manner from the lack of acceptance and honesty with her reality. In search for security and temporary optimism, an individual remains dependent on others to construct a new form of idealism, though it lacks authenticity. When an individual loses all hope in finding security in their reality, they will blind themselves with a false optimism, abandoning all honesty. This ultimately results in Blanche’s permanent willful ignorance to her reality and dependence on the illusory optimism she has the ability to create for herself.

Blanche’s inability to find security within herself leads her to deem it necessary to rely on others, including figments of her imagination. The lack of honesty in the true acceptance of her realities causes Blanche to create an entire identity of a man to be her saviour. In the last scenes of the novel, Blanche often refers to Shep Huntleigh as a man that will provide for her needs and desires without having any contact with him. Instead of Shep Huntleigh, she is surprised with unexpected visitors she confides in, “Whoever you are – I always depend on the kindness of strangers,” (178). In her illusions, Blanche has completely abandoned any sense of honesty, as she has associated integrity with rejection, disappointment, and loss of security. It is much simpler to convince oneself with lies of optimism and to neglect the grief reality contributes to.  Blanche´s hallucinations provide a sense of solace, a shield of protection from the harsh reality she has faced. Unable to accept her reality with truth, the tension between her optimism and reality grows more constrained until she is labeled a mad woman, destined for an insane asylum. As if this played as a “blinding light” on Blanche’s madness, that is made known to the other characters. Though through Shep Huntleigh, she is able to maintain her ideals in her optimism in dishonesty to herself and others. In an individual´s failed attempt to reconcile the tension between optimism and reality, they rely on illusions to uphold a sense of security needed and provide as a distraction. Although Blanche lost everything in her life: beauty, security, reality, her distorted reality allows her to believe that there is hope left for her.

In Tennessee Williams´, A Streetcar Named Desire, the tension between optimism and reality is controlled by an individual´s honesty – or lack thereof – to their circumstance. Blanche´s adversity during a state of innocence corrupted her ideas of love and security. In an attempt to obtain a sense of certainty of her unpredictable future, she honestly admits her past as an ´impure´ woman. The complete loss of a solidified reality causes Blanche to live in her ideals of optimism, although they are untrue, deceiving herself into believing that there is still a chance for salvation, to resolve all tension between optimism and reality. This will remain impossible for Blanche to obtain because of her unwavering dependence on others to provide her with a sense of certainty. In order to abolish all conflict and tension between an individual´s optimism and reality one must have security in oneself to possess a balance or equilibrium.