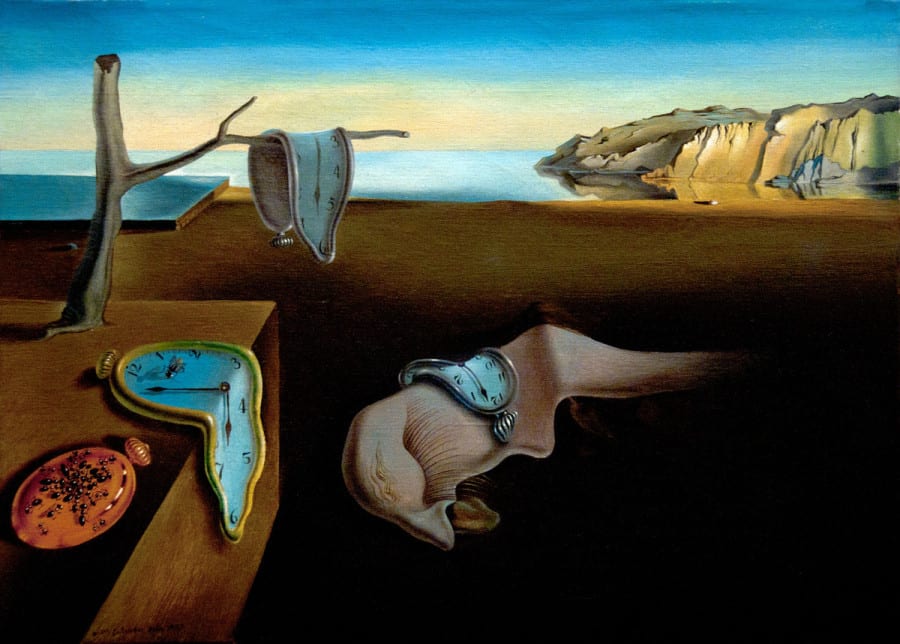 Prompt: Some works of literature use the element of time in a distinct way. The chronological sequence of events may be altered, or time may be suspended or accelerated. Choose a novel, an epic, or a play of recognized literary merit and show how the author’s manipulation of time contributes to the effectiveness of the work as a whole. Do not merely summarize the plot.

Time forms the basis of life. It is used to track the passage from one day to the next and from one stage of life to another. It is an abstract yet concrete idea that creates the precedence by which individuals live their life. It may not hold the forefront of one’s mind nor be the initial consideration before an action, but it is what ultimately dictates the result – whether that is because of where society is in terms of its progress or the state an individual is within their own understanding of self. Literature has a special ability with time because it is able to manipulate it to match the purpose rather than the reality of actions being a result of the continuation of time. Life does not allow for the same manipulation and therefore to see this within novels and plays, readers are given the opportunity to explore the lives of characters from a vantage point not possible in reality. Timothy Findley in his novel The Wars strays from the normalcy of chronologically presenting the life of the protagonist Robert Ross with his use not only of time shifts but using different points of view to examine his life as a whole. By using this method, Timothy Findley is able to distinguish himself amongst other war stories; he utilizes this manipulation of time to show the depth and dimensions of the individuals caught in the crossfire of war and those who are connected to them while they are alive and after.

From the first chapter, there is a continual jump between different parts of Robert’s life from his childhood to his time in the military. In fact, the reader is only able to understand the prologue of the story after reading most of the book when the direct reasoning behind his actions are revealed; however, with the continuation of the novel, it is clear that underlying problems in all stages of his life led to his ultimate demise that is demonstrated partly in the prologue. And even as far as the order of each portion of his life, the usage is largely determined by what role it will play in accordance with the next part of the story creating a continuum, the meaning of which would have been altered had different sections of his life had gone together. This further enhances the idea that what ultimately causes him to act in the way he does stems from events in all parts of his life; the cause and effect pattern that is most often evident in a chronological story does not appear as clearly in a novel of this nature as the most significant motivations that guide an action may not show until later thus the reader may question based on the knowledge they have – however little it may be. Using time in this manner also allows the author to, in essence, balance the different moods and atmospheres of the novel. Findley is able to accomplish this very well as he uses the relatively safe and secure place that Robert comes from physically in a direct contrast to the brutality of warfare; he creates a digestible piece that while showing the horrors of the battlefield also humanizes the men that seem to kill with no remorse and under orders.

In accordance with the manipulation of time, Findley utilizes different perspectives and points of view while presenting the fictional life of Robert Ross to attribute meaning to war. This comes first in the form of a second-person view looking at photographs from Robert’s life. This is a time jump to long after his death as “you” looks at these images from a soldier’s life and demonstrates a view on war that many of the readers have; an understanding that comes only from looking at these superficial accounts of people before, during, and after their time in battle. Though stories have been told of and by the people that had gone through it, without being there in that society or in the actual conflict, one can only try to comprehend the destruction of one both physically and mentally. This being a fictionalized story, it does present some factors from his past that an audience can attribute to the actions of Robert Ross; however, much like the “you,” Timothy Findley makes a stylistic choice that reinforces the ignorance that he has in writing without having been in the war, similar to that of the reader.

The archivist approach this novel takes allows for a manipulation of time in using people who had been there and using their accounts to tell the story of Robert Ross. This is shown with the use of transcripts from Marian Turner and Juliet d’Orsey. Marian reflects on her time with Robert after he is burned in the fire and talks about how she viewed him as a hero, in her own way, because he did something that others would not have done; this use of time presents a societal view on Robert’s actions that can contrast the views a reader, without a connection to war or the beliefs and values that society, may have. This enhances the work in that a perspective is presented about a person years after from a nurse that had treated many others as well – this emphasizes the character traits of Robert and how he is perceived to be a hero by this woman and how his influence has remained even though he himself has departed from the world. With Juliet d’Orsey there is a usage of excerpts from her diary from the time Robert was at her home receiving care that reflects her feelings towards him and how that contrasted how he felt about himself. Like Marian, even the short time that he had spent with her before going to war again was enough for his impact on her to allow herself to go to him again after his injurious and what can be described as treacherous actions. And the favourable light she is able to use while talking about him to the point of the interview reinforces that. These methods of time altercation allowed Findley to simultaneously distance himself from the true nature of actions during war while bringing in perspectives about Robert Ross that extend past what his own understanding had been of himself and the influence he had on those he was within this point of his life.

Wars can only begin to be understood by telling the stories. No true understanding can be found when analyzing the nature of going to war or the motivations of the people when they made the decisions they did. But stories remain important because through them individuals are able to connect and realize that war isn’t just the things that allow one side rise and the other fall, they allow the people to become real and illustrate that anyone can fall in the grasp of its horrors. It is evident that Timothy Findley used this manipulation of time through time skips and perspective changes to show how the soldiers – represented by Robert Ross – lived lives as complex and intricate as anyone else and that war wasn’t the only thing that made them who they were. Childhood stories with Rowena show Robert, not as a heartless man who killed others to get what he wanted that he seems to become at the end of the novel, but as a caring brother who kept his sister in high regard. His time with Harris demonstrated his capacity to care for his fellow man even though it was a time where one could barely care for oneself. And the transcripts from the woman who tried to show her mercy with her offer of euthanasia and the girl who fell in love with him and later spent time with him in his last years show the human connections made possible by war and that being a soldier is not an identity on its own. By manipulating time throughout the entirety of the novel, Findley is able to take away the influence and power of war and place the story back into what mattered the most – the people who were caught in it.

Using time with more lax rules allowed Timothy Findley to encapture an essence of war differently from a chronological novel. His undisciplined approach allowed him to encase a sense of disorder and disarray – both mentally and physically – with his story of Robert Ross. Not only does the reader get information from a third person point of view of Robert, but accounts of characters that he affected years after his death. By leaving behind the typical chronological order of the events in favour of chaos, the reader is able to get a before, during, after impact of the Great War. The novel does not describe Robert’s life as if it were him living through it, rather it allows an experience of his life with pieces that he did not know about that really draws a picture of war and how its impacts do not remain on the battlefield nor in just the soldiers who fought with their lives, but also in the people who supported them from home and the people who find their stories after. War is just that – chaos; a time in history where the start date and end date are not set in stone because it stems from and lives on in the people who were affected.