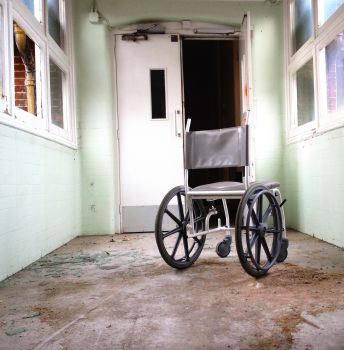 I like to walk at night. I find it relaxing. I find it so calming to be able to set my own pace, to choose where I want to go. Unhindered by any set path, time limit, or heart rate monitor, things stressful. Rather, there is something so comforting about these dark streets, where I don’t need to worry about my endurance. See, I like to walk at night, but I love to run during the day.

I wake up every morning at 7:00AM, take a hot shower and find some breakfast. I suit up and am ready to run by 10:00AM. I work with my trainer for five hours, then take an hour off, then I’m back to training until 8:00PM. And by 9 o’clock, I find myself taking a walk. I run marathons, twenty-four miles of effort every day, training for the next big event. Endurance running is my favorite thing to do.

Rather, it was my favorite thing to do.

There’s something lovely about walking at night, crossing a rainy street, the soft pattering of droplets as they fall from the sky, free of any rhythm or order, hitting cool concrete and joining the millions of raindrops before it. It smells peaceful; a sort of musty freshness that moistens the air you inhale and gives it a unique flavor. Oh, how I love rain. I was walking down the crosswalk, enjoying the scent and sound of Mother Nature’s tears. Blue, and clear, and the grey of the road, and… red. Lots of red.

Then I woke up, bound by slings and contraptions, evil beasts that sneered at me. I heard the steady pulsing of a heart monitor – was I already back running? I must have fallen over. I wanted my legs to be under me, so I could run again, but they wouldn’t move. I was looking right at my legs, and they wouldn’t move. Why was I not moving? I became aware of a young woman standing by me, head tilted down in a sad gaze, mournful. What was the problem? This is just a dream and I’ll be up to train tomorrow. All I needed to do was wake up. The woman began to speak. I didn’t hear much – but whatever got through to me was enough. Car. Skid. Hit. Me. Broke. Back.

I shouted at this witch, bringer of bad news, to get out of my head, go take up home in someone else’s nightmares. I yelled and twisted, and yet no matter how hard I wanted to stand up and run, far away from this horrible little room, my legs betrayed me. They were right there, yet they refused to move, mocking me.

It went on like this for what felt like forever. The doctors told me that I had succumbed to a state of shock for over ten hours. I just want to run. I just want to stand up on my own to legs and disappear. Why was this so difficult?

I liked to walk at night. There is some degree of acceptance that comes with the things you love most. One night, rain was pattering at my window, and I had woken up at 7:00AM to this noise, and the truth hit me. I was never going to walk again. I was never going to run another marathon, never get the chance to feel that rush of cutting my time down by precious seconds to finish a twenty-four mile rush. Running is all I’ve known, and without it… I feel like nothing. My future has slipped through my fingers and shattered me. All because of one rainy night I crossed the street without looking.

After a month in the hospital, I had grown so sick of hating my legs for sitting there and refusing to do what they had done for twenty years. I stopped naturally waking up at 7:00AM, took zero hours to work with my trainer, and have probably moved about thirty meters since I got here. And that was just when they moved my bed to a new ward. I was so hungry for a chance to run, but that night by my rainy window made me realize something. I could take that hunger and repurpose it. Maybe I didn’t have to run to find my future. Could I really do something else? I had never been the brightest in school – but it turns out that I had a really good knack for drawing things. At least my arms never betray me. I asked for a sketchbook and some pencils, and began to stroke the outlines of the things in the room around me. My bed, the window, the small vase of wilting white flowers that my mother got for me. One sketch I like especially. It’s one of a dark street, one of a man who is about to cross a rainy crosswalk, the man taking form underneath my pencil, the dark street was an intricate cross hatching of precise strokes. What I loved most was the raindrops though. Every single one of them was a small stroke of pencil, yet you could almost smell the tears of Mother Nature as they came down. Such a calming scent, that is.

It’s funny; my future as a runner shattered by my choice to cross a street, yet from that pain and loss came something beautiful. My future as an artist. Something that fits right in my heart, and the reason that I want to wake up every morning, listening to the raindrops hit my window. An artist. I’m not sure how far this will take me, but I’m certain that it will be just as fulfilling as twenty-four miles a day.

I like to draw at night. I find it relaxing.

One thought on “The Roads we Take: Polished Personal”