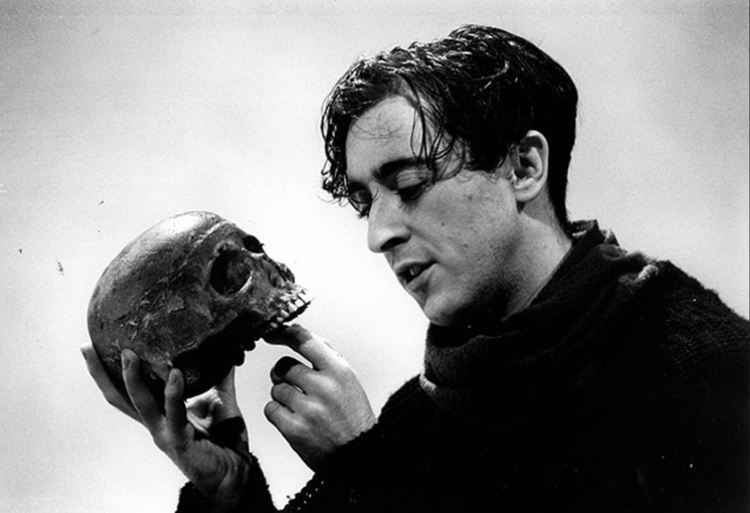 The Victims of Uncertainty in William Shakespeare’s Hamlet

PROMPT: […] the ways in which individuals struggle to restore honour and certainty.

Certainty within our lives is inarguably the most precious state of being an individual may find themselves in. Without certainty – passion, ambition, and intelligence cannot exist, for one cannot know themselves or the paths on which they embark if they are shrouded in uncertainty. Therefore, trying to resolve uncertainty is also irrefutably the most merciless path one can take, as certainty takes precedence over things of lesser value such as honour.In the play Hamlet,  William Shakespeare exemplifies the idea that an individual may forgo their own honour in an attempt to restore certainty within their lives. When Hamlet becomes aware of the possibility of his Uncle being the murderer of his father, he is overcome with an immense uncertainty and subsequently puts on a facade of a harrowing madness – a madness that sacrifices the honour others bestowed upon him as the Prince of Denmark. Irrevocably, the dark prince eventually is killed in a duel – thereby commencing the restoration of both his certainty and his honour within the “undiscover’d country” that is death. Hamlet represents the extreme lengths at which humanity will go to in order to find truth and undermine uncertainty. Even in times wherein one’s honour and sanity may be compromised, such a sacrifice is diminutive in comparison to the possibility of finding peace within the restoration of one’s certainty. When such certainty is influenced by one’s values – such as, in Hamlet’s case, the value of familial loyalty – it is even more imperative to the individual to restore certitude by whatever means is necessary.

Uncertainty in an individual’s life festers into a “sullied flesh” that permeates and restricts one from taking action – action that could, paradoxically, resolve oneself of uncertainty. When first conversing with the ghost of his father, Hamlet is confronted with an uncertain view as to why this apparition had appeared in front of him. He states afterward “O all you host of heaven! O earth! what else? / And shall I couple hell? / O, fie! Hold, hold, my heart; (1.5.92-94)” in an emotional expression of a man who had just learned the supposed truth regarding the suspicious circumstances of his father’s death – and Claudius’ connection to it all. Hamlet is bereaved with conflicting emotion from this point onward, consistently oscillating between action and inaction; an uncertainty borne from the uncertainty of this moment. This expertly exemplifies the foundation upon which uncertainty lies in the human condition: equivocal circumstances – such as the ghost’s meeting with Hamlet – plants a seed of doubt within individual’s minds, from which a realm of uncertainties lie. This uncertainty may take form in a case of  blatant vacillation between wanting to commit an action and being unable to do it because of the lack of certainty one has. Hamlet could not make a proper decision regarding his revenge against Claudius because of the sliver of doubt the ghost had planted within him. However, in an effort to not allow uncertainty to “taint thy mind” and therefore their actions, an individual will stop at nothing to obtain a sense of normalcy once again.

Hamlet sacrifices his own reputation and honour in order to restore the certainty lost by the heavy burden of the knowledge of his father’s murder. When speaking to Horatio about his encounter with the ghost of his father, he states that “[he] perchance hereafter shall think meet / to put an antic disposition on. (1.5.174-175)” This commitment to madness is what initiates the loss of Hamlet’s honour – an honour which then is  yet another victim of the uncertainty in this play. Hamlet is consistently shown to have an irrefutable need to resolve his uncertainty through avenging the death of his father. The loss of his own honour through a facade of insanity  is a small price to pay in return for gaining a semblance of normalcy. Furthermore, instead of struggling to restore his honour at this point in time, he struggles to restore his certainty through the loss of his honour. Hamlet’s commitment to the restoration of the certainty of his father’s avengement is so sincere and purposeful, that even “baser matters” such as honour in the eyes of others will remain “unmixed” with his facade of madness.  However, the loss of his honour does not bring back his lost certainty, although the madness he portrays assists in confirming his suspicions and strengthening his resolve against Claudius. Once an individual has lost a sense of both certainty and honour, there are limited options as to how one may obtain both once more. One can not obtain certainty without honour, as honour upholds the respect and self assurance needed to find such certainty. In Hamlet’s case, his madness and obsessive fixation with revenge backs him into a corner where the only way out is ultimately death – of both Claudius and himself.

The restoration of both honour and certainty come at a price after one has been without either for an extended amount of time. Hamlet had lost his certainty – beginning with the death of his father and then further with his indecisiveness – and his honour as a result of attempting to resolve the problems that were preventing him from having clear convictions. Furthermore, he had played a role in the deaths of both his love Ophelia and her father Polonius during his pursuit of certain revenge against Claudius. This ultimately causes Hamlet to lose his honour irrevocably, as he had taken lives (both directly and indirectly) that had nothing to do with the root of his uncertainty. Hamlet’s spiral into self destruction due to his compulsive vengeful obsessions shows how an individual can not restore their honour when it has been irreversibly damaged. This irreversibility also manifests itself in the question that Hamlet has been asking throughout the play – to act or not to act? To act would mean to make decisions that are irreversible but that could restore certainty, and to not act would mean to remain in a constant state of unknowing and unfulfillment. One could argue that action itself is honourable, as there is certainty in it, but Hamlet refuses to act partly because of the said certainty death itself brings. It is only when he is certain that he himself is going to die by a poisoned sword that he finally kills Claudius by telling him to  “drink off this [poison] (5.2.322)” with full certainty and honour.

Within the finality of death lies the uncertainty of whether it is a viable option for any harrowing crisis an individual may face. In William Shakespeare’s Hamlet, the titular character demonstrates how an individual, when attempting to restore certainty, may sacrifice their own honour, and honour cannot be restored with a certainty in one’s convictions. There is an inherent understanding that death is the truest form of conviction to be found – such is the reason why Hamlet found it so difficult to act upon his urge to kill Claudius and restore his certainty. Death is final. Any option other than death seems more enticing because humanity is unable to cope with things they cannot change. Hence, Hamlet represents both the parts of ourselves that have to face something irreversible and the other parts that fight to obtain what we believe is right. In Hamlet’s case, doing what he felt was right entailed bringing the irreversible into a situation that demanded the restoration of honour and certainty. And there is nothing more certain than death.