Prompt: The ways in which individuals deal with the prospect of an uncertain future.

Text: “The Road Past Altamont” & “My Father’s Plot to Get Home” & “Habitar La Oscuridad”

General Thesis: When individuals are faced with the prospect of an uncertain future, they may estrange themselves from the past they once knew in order to better cope with their uncertainties; escaping from the nostalgic reminders of the past allows them the ability to forge a new path for themselves. At the same time, the idea of facing an uncertain future to someone rooted in past familiarities- and therefore dependent on nostalgia and tradition- may make them feel as though their past success, hard work, and security have been uprooted.

I can’t stand the thought of looking at myself in the mirror.

My eyes drift uncomfortably over the vanity in my room, desperately avoiding the looking glass above. My hands skim over the various concoctions and powders, labeled with promises to make me desirable, pleasant, beautiful, and maybe even… wanted.

Fancy telling a leftover woman she has any chance at being wanted.

In China, a woman over twenty-five who has failed to secure for herself a husband has nothing but a future filled with uncertainties – both for herself, and for her parents. She is leftover, an afterthought, a disgrace to the very society that raised her and the parents who bore her. Without a marriage to tie me into, my parents have no way of knowing if I’ll ever have a loving family, a husband, a home to call my own after they’re gone. Without marriage, they have no way of securing the hard work they put into raising their only daughter, no conviction that their beliefs and traditions would be passed on. I have a career, a modest personality, reasonable looks, an honourable background… but without marriage, I fail to check off the last box on my family’s list of perfection; hence, I represent a darkness that blots out all trace of respectability for both myself and my family.

Without marriage, I am incomplete.  A soul vanishing.

Unwittingly, I raise my eyes and glimpse at myself in the vanity mirror. Where the skin should resemble a translucent pearl, the perfect reflection of a wanted woman, there is but a pallid, weary face. Where the hair should have been sheets of smooth, midnight silk, there were only tangles of dull brown-black thread, knots and breaks that I could never undo, try as I might. The eyes are blank coal, uninspired by any ember. The lips, wilted petals, withered now that the winters of age and the raucous winds of disappointment had stolen from them the full bloom of youth.

Sighing, I turn away from the vanity in the mirror and hurry out the door. If I move fast enough, I may be able to talk my parents out of posting my profile on the Marriage Market – a park plastered with advertisements from the children of desperate parents hoping to find certainty in a car and house tied to a potential husband. The future may be looking bleak, but the last thing I need is public humiliation; I don’t want to know that I’ve been rejected again when I see my parents come back defeated.  But, I don’t want to be forced into a marriage

My father and mother are downstairs in the kitchen, and I stop just short of the stairs, hand poised on the rail, when I hear them talking in low, secretive voices. Trepidation digs its claws into my back as I listen.

“I’m worried, dear. We’ve been searching for three years now, but we’ve had no luck. She’s already 28. She’s been drifting wayward for a long time now, without a family to root her down. What if…?” My mother, a woman of realism and little imagination, carved firmly in the bedrock of tradition and culture. She had hoped that her past would trickle into my future – that I would have been married by 23, with perhaps a child that she could hold, a tangible measure of her certainty. It was hard for her to stop idealizing the past to which she was attached, now that she was no longer young.

“It will be alright. Our daughter… she just needs time. What could we have done but what we have done? When she is ready, there will be a home ready to accept her.” My father’s certainty lies in his plot to find a home for me. He is a man that basks in conviction; ever since his eyes were taken from him, it is within the routines, the conventions, his unfailing imagination of what can be is where he finds comfort in his truth. He wishes for me to find the same strength that he has, but if I want certainty, I don’t want it to be because I have been stripped of myself of reality.

My mother, not much given to flights of imagination, living in fear of reality, clasps her hands and sadly sighs, “We don’t have time! Soon, she’ll be thirty; who’ll want her then? Her looks are average, her job is mediocre, and these days, no one cares about personality! Where will she go when we are no longer here?”

My father let out a deep sigh, slowly consents, “We’ll head on over to the Marriage Market, then. We won’t be able to solve anything arguing like this.” Mother breezed past my father huffily, leaving him to forge his way through the hall himself.

My father is – and always was – a steady man, reaching for the walls, the rules, to guide him, treading over the tiles of black and white without realizing that others can only see gray, that others fear the grey. I can’t help but understand my parents’ desire for my security. He seeks certainty for me in a place where he has always found it, a place where another pair of arms can take me – much like his arms once did for my mother – and fix me into the familiar, consistent life I have always known. His desire for me to marry is a fortress wherein which his traditional and cultural values are safe, his nostalgia is secured – if I can marry, it will not matter if the mountains rise and the rivers flood, for his certainty will be locked within my newfound home.

But what of me?

I cannot resign myself to a certainty that is not mine; I am not rooted to these past familiarities, not dependent on the nostalgia and tradition that their lives have been based around. Instead of being a dandelion stem – rooted and stubborn, until it is torn from the ground and tossed aside – I would much rather be the seed, letting go of the past, drifting along wherever the wind takes it, growing wherever it lands. To find truth in the uncertainty of my future would allow me to forge a path all my own – find my own certainty, because if I can flourish in the uncharted territory of an unmarried, leftover woman, no one will be able to tell me how to grow. My legacy would be my own. When life proves uncertain, maybe – just maybe – it can be an opportunity for renewal.

Renewal. I love that word.

My journey to find myself in a path of uncertainty was perhaps the most liberating experience of my now twenty-nine year-long life. There was a certain ecstasy in the air that night. I left the house of my parents a changed woman.

The skin of that woman was no pearl; it was the moon, in all its splendor and shimmering grace.

Her hair was a melody, the notes and knots alike murmuring through the silver flute of the scissors.

Her eyes were not embers but flame, alive and dancing with the light of the stars far above, her lips roses and peonies revived from their winter.

I have spent a year learning about the woman who is no longer leftover, the woman who had the nerve to head over to the Marriage Market and tear off her profile, regain her pride.

She was the woman who helped her parents reclaim the youthfulness of inexperience, as opposed to the certainty, experience, and fear of old age.

She was a dandelion seed where others were roots, separating her past from her future, trading the certainty of home for the renewal on the breeze, and when she landed in the midst of her uncertainty, she learned to grow.

She was a woman wanted, not by others, but by herself.  A woman who pursued her independent, adventurous spirit and went my own way.  In the city, I am accomplished, successful, an independent woman with friends and good fortune – not found in the Market with a man, but by my own spirit and will.  I know my parents struggle with these choices, but they’ve found acceptance, and maybe – someday – they will find peace with my choices.

Nowadays, I can’t help but smile when I look at myself in the mirror. 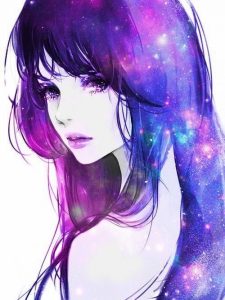