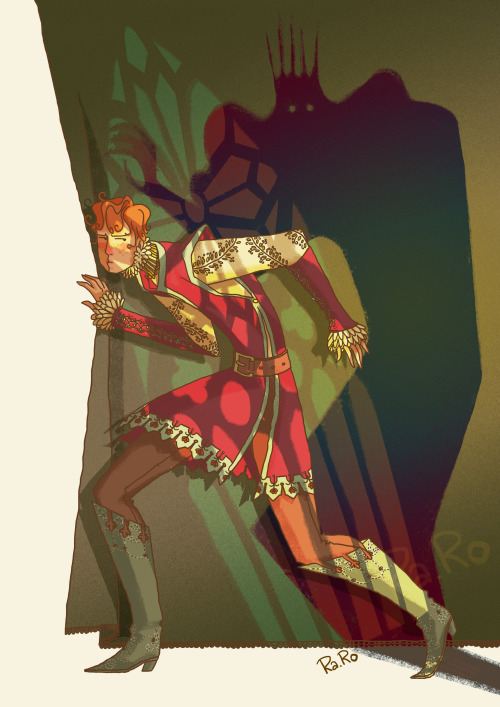 […] The ways in which individuals struggle to restore honour and certainty

Honour is ironic it can mean that being honourable is finding personal integrity or abiding by moral principles, however, honour can also be interpreted as society judging one’s virtue. In fact, religious and societal beliefs often determine what is honourable from what is not. On the contrary, certainty is the degree of security and one’s absolute freedom from doubt and reservation. It is within human nature to attempt to restore honour and certainty during times of adversity and misfortune, in order to maintain a sense of equilibrium and control over one’s life. Thus, humans naturally desire security and as a result look for honourable leaders who are capable of providing this sense of security. In the absence of these honourable leaders, society is at risk of decay, which is evidently displayed in William Shakespeare’s Hamlet. The titular character attempts to restore honour and certainty by avenging the late King Hamlet’s death, but instead of taking action, Hamlet spends too much time contemplating decisions. In other words, because of Hamlet’s philosophical disposition, he is incapable of taking decisive action. As a result of Hamlet’s lack of honour and convicting action, Denmark falls deeper and deeper into a sense of insecurity and uncertainty regarding their future. However, in a position of decision, Hamlet is attempting to restore honour and certainty, yet because of his indecisiveness and doubt – uncertainty – he cannot act. Therefore, in William Shakespeare’s play Hamlet, Shakespeare is demonstrating how indecisive action and overthinking may push one further into isolation, thus resulting in a lack of action being made in the pursuit of honour, and a miscalculation in achieving certainty.

The root cause of Denmark’s decay can be traced back to Claudius usurping the throne and committing fratricide. Within act one of the play, Marcellus remarks that “Something is rotten in the state of Denmark” (I.IV.94).  This quote is revealing the chaotic nature and discourse that has evolved in Denmark since King Hamlet’s death, Marcellus is an underling, meaning he has little education but is still able to identify the chaotic nature of Denmark. Hamlet’s initial motivation is to take action in the pursuit of restoring honour and achieving certainty, specifically in terms of restoring honour to his late father, whom Claudius murdered. However, the greatest decay is within Hamlet himself as he is incapable of restoring honour and certainty. Throughout the entirety of the play, Hamlet is certain that he must restore honour, by avenging his father, thus killing Claudius. However, Hamlet is uncertain about how to restore honour to his father as he believes he is “pigeon-livered and lack gall” (II.II.554).That is to say, that Hamlet’s lack of self-confidence stirs uncertainty because he constantly unmotivates himself from taking action. In the context of the quote, Hamlet was saying that he would’ve taken action already if he had not “unpack[ed] [his] heart with words / and fall a-cursing like a very drab”, in other words, he would have already restored honour if he stopped talking about it and just acted. This prompts Hamlet to attain certainty about his father’s claims by setting up a “mousetrap” to “catch the conscience of the king”.

Hamlet’s philosophical nature is his tragic flaw and as a result, he struggles to act with conviction to restore honour. Rather than confronting his uncle directly, he decides to stop and question whether his actions would be honourable or not, thus prompting him to enlist the actors to perform The Murder of Gonzago to be certain of Claudius’ foul play. Hamlet is reluctant to believe that the apparition of his father has true motives, thinking that it all may be a hoax or trick, thus further displaying Hamlet’s uncertainty. Furthermore, this illustrates the uncertainty within Hamlet’s life and reprieves him from taking action and from the ability to restore honour and certainty. Additionally, he tries to provide rationale for the chaotic Denmark and attain certainty to assuage his need for truth – particularly, in terms of determining whether the ghost’s words are true or not. However, as time passes Hamlet finds himself in a stalemate because of his constant inability to act decisively. There is a constant pushing and pulling between his desire to take action and his inevitable inability to act. The fear of the unknown inhibits Hamlet from taking action, and consequently, restoring his father’s honour. This is a recurrence throughout the play as Hamlet’s uncertainty of the afterlife prevents action. One can clearly see this through Hamlet’s “to be or not to be” (III.I.58) soliloquy. Hamlet’s philosophical nature is his tragic flaw, as this “invites” doubt and therefore uncertainty into his mind. As Hamlet’s mind becomes more and more convoluted with uncertainty, his ability to take action is further hindered. Ergo, Hamlet is pushing himself into isolation as a way to piece together his thoughts in an attempt to attain certainty. However, this prevents more action from being taken in the pursuit of honour, and a miscalculation in achieving certainty.

Manipulation, deceit, and philosophy have all fail Hamlet as a means to achieve honour and certainty. Therefore, the only course of action is to use force; however, Hamlet’s isolation serves as the petri dish for the manifestation of his uncertainty, which, in turn, invites impulse.Polonius’ murder serves as a tipping point for Hamlet; the single event with no hope of turning back.Hamlet becomes the very thing he claims to despise most: a traitor. Just as Claudius and Gertrude betrayed King Hamlet, Hamlet has betrayed himself. His uncertainty leads to impulse, which in turn, leads to corruption beyond any purification. Polonius’ murder fails to alert Hamlet to the tragic reality his actions and lack of action. Hamlet has fooled himself into believing that he is still on a quest for honour and justice. This, however, has long since been abandoned. Driven purely by the thought of murdering Claudius, it is only when Hamlet meets his own demise that he realizes the fruitlessness of his actions. He has obtained what he wanted; Claudius is dead. Yet the cost was the total destruction of the kingdom of Denmark. The royal family is in shambles, the people lack leadership – Denmark is rotting. Yet Hamlet failed to consider any of this; his isolation brought him to the place he is in the final act of the play. His own disjointed honour and certainty caused a brutal chain of events and eventually brought him to even greater levels of corruption as those he sought to rectify.

Hamlet’s indecisive action pushes him further into isolation, which causes impulsivity to set in.Once impulsivity has settled, one’s ability to take honourable action is blurred – it becomes consistently more difficult to take action, let alone act in the pursuit of restoring honour and certainty. The importance of restoring honour and certainty lies in the balance of one’s mind. In Hamlet’s case, his philosophical disposition caused his overthinking and isolation, thus furthering his already present inability to take action.