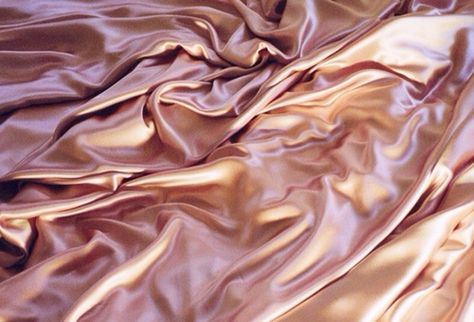 Perhaps it was that champagne five-o’clock light slanting through our glass walls,

Yes, perhaps it was those low, sun-softened shadows,

that silky honey-light dribbling lazily through our window

and the lines I drew between us

as they worked loose the knots in the sinew

Perhaps that is why those words –

so viscous in the twelve o’clock light

that they almost choke me

as I try to regurgitate them –

flowed up my windpipe

from the edge of a

Perhaps it was the rosé

painted across your cheeks

Or the way those crushed velvet fingertips

painted my cheeks to match yours

and pressed my eyelids

Do not blame me

for the honey pooling at the corners of my lips

for the wine stains on my cheeks

Do not forget it was you

who fed me honey

who intoxicated me with colours of the eight o’clock sunset

who wrapped me in velvet

the words I said

were words you gave me

Do not blame me

when they spill from the edges of my mouth

Actions and intentions – an inseparable duo. Every action belies an intention, and these seemingly should correspond. If I intend to purchase milk, I should go to Costco and buy some 2%. Simple. But what really happens? I go to Costco and wind up leaving with ball-point pens and bell peppers and hot pockets, spanikopita and vanilla ice cream and split quinoa salad. I load my car to the sunroof with goodies and realize, I forgot to buy milk.

Though annoying, the Costco scenario is a relatively trivial issue. A more complexly difficult manifestation of divergence between intention and action is seen in all varieties of relationships. Said relationship need not be between lovers (as in my poem), it may be between friends, family, between co-workers. Problems arise when good intentions accidentally produce bad actions or when actions create impressions of intentions that differ from reality.

My poem specifically considers the causes and consequences of conflicting intentions and actions – misunderstanding and feelings of betrayal. By not making intentions known, a person leaves these up for interpretation. The narrator of my poem speaks of the conflicts that ensue when such interpretations are wrong.

The motif of warm honey represents intentions and desires that lead to unquestioned action. It is seeing what one wants to see, the desires that make bad intentions seem harmless, that cause people to ignore intuition.  It is the golden tint of emotion and irrationality that obscures truth. If lies feel good and truth hurts, maybe lies are preferable. This reality of human nature complicates communication of intentions, adding another dimension to this issue.

Made to believe – either by her own illusions or by unclear signals – that another’s intentions for their relationship were in accord with her own, the speaker feels free to act. Only after she has acted does she realize the discrepancy between the other figure’s intentions and her own. She feels utterly used.

The danger of unclear intentions is their ease in destroying relationships. Finding out, for example, a relationship means more to one than to the other feels like a betrayal, especially after investing emotions – or more – into it. Perhaps if the poem’s speaker had known the dichotomy between the intentions of both parties, she would not have acted as she did. Though it may not have been intentional, she feels misled, manipulated. Why didn’t you tell me how you felt?

This question naturally begs another: Why didn’t I tell you how I felt? Often blinded by feelings of hurt, one wants to assign blame for miscommunication solely to the perceived miscommunicator. However, (mis)communication takes two. Both people are responsible for a conversation of intentions lest misunderstanding destroy the relationship.

That being said, bad intentions can be disguised by “good” actions. Sometimes people intend to use others. There will be no honest divulgence of intention from such ones. Does the onus then fall solely on the honest individual to discover this? Must this one walk both sides of a two-way street?

It is unclear, in my poem, by which type of person the narrator is hurt: one with good intentions and bad actions or with bad intentions and good actions. That individual never gets to explain himself, which was also the problem initially.  After acting on false assumptions, discovering truths she didn’t want to unearth, and finally closing communication in anger, our speaker is left to guess at intentions, now with a myopic perspective through a hurt-distorted lens.

We’ve all navigated the obscure boundary between intent and action – effective communication being the compass by which lost travelers may find their way. A lack of this vital tool leads to the destruction or abandonment of friendships, of love.

6 thoughts on “On Intentions”