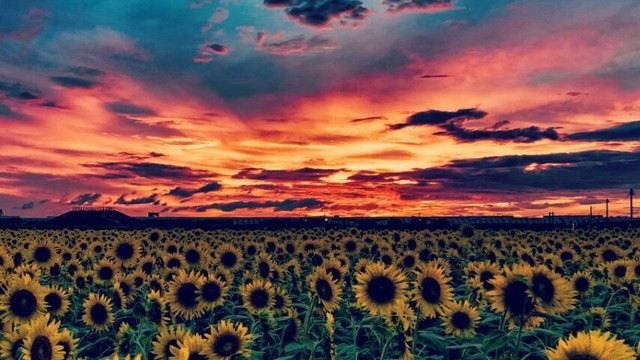 When I was little, I used to dream about flying. These dreams were the same, every single time. I would stand on the roof of my bedroom, hands outstretched and trying to catch the gleaming stars as if they were fireflies. The sunset would paint the sky into a liquid mirror patchwork of russet and gold, and comets would slide across the horizon like drops of paradise, beckoning me to join them.

My feet would reach forward over the precipice of shingled tiles and there I would stand, perfectly balanced between the safe reality of the roof – held onto by my apprehensive heels – and the tantalising freedom of the air – tasted by my eager toes. And then I would reach forward, letting the wind carry me upwards into the sky.

Flying was indescribably joyful; never before nor since have I been so blissfully free.

I would brush my hands against the wind, painting the ranges of the rainbow into the sunset as I dove; I would play connect-the-dots with the stars, building constellations with my fingertips as I soared. I was invincible, and no one would ever be able to catch me.

Inevitably, I would be shocked back into heavy wakefulness, my limbs tangled in bedsheets, my body weighed down by blankets. My toes would still be tingling. My fingertips would still be outstretched, trying to touch this extraordinary dreamworld.

Most nights, I could fall asleep and find myself on the rooftop again, my feet half-touching freedom before the wind gathered me into its arms. Most nights I would revel in the glory of childhood innocence as I glided through the sky, drawing clouds into fantastic shapes and picking stars from the sky as if they were the sparkling fruits of a heavenly orchard.

But some nights would be empty, dreamless or nonsensical. I wouldn’t get to fly on these nights. And as time went on, as my wide eyes lost their curious gleam and my full, rosy cheeks hollowed under the scrutiny of time, I dreamed of flying less and less. I lost a little bit more of that dream each time I was graced with it; every time I blinked open my eyes after flying, I also blinked away a little bit more of my childhood.

I could feel my flying dream falling apart like it was a dying daisy; the flower petals were falling, one by one. And I? I was powerless to stop it.

It’s funny how quietly precious things disappear. I was losing my childhood silently, the way you lose eyelashes; perpetually and unconsciously. Before I knew it, my feet were too large for me to walk the line on my rooftop between safety and freedom without falling. Suddenly, I couldn’t imagine reaching forward into the wind, letting go, soaring. I was too fearful – I’d forgotten how to fly. 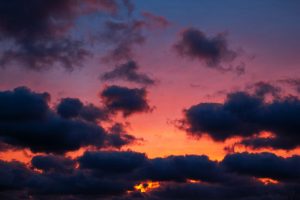 One month ago, I dreamed of flying again for the first time in a very, very long time. My feet traced their familiar path up to the roof as if they had been doing it every day since I was little; they positioned themselves on the edge, perfectly balanced between the safe reality of the roof – held onto by my apprehensive heels – and the tantalising freedom of the air – tasted by my eager toes.

For the first time ever, this dream was different. Instead of leaping forward into the sky as I always had, I looked to my left, where to my surprise I saw a little girl wearing a nightdress the colour of the ocean, standing just as I was, like a little bluebird about to take flight. I wanted to stop her, warn her that it wasn’t safe to jump, that she would fall.

But instead, when she stepped off the roof, the little girl flew, laughing as the wind carried her upwards into the sky.

There I stood, watching her dance through the air, twirling beside the dying rays of golden light, getting smaller and smaller. And then I too stepped off the roof, chasing the silhouette of my childhood as together we leapt away into the sunset.

4 thoughts on “The Art of Flying”