she bends around the shadow

that pushes himself against her, and she

waits. Remember how you waited

when the nights bled their darkness out

to blind morning’s one eye.

This is how you learned to draw

shadow. Curled in your bed,

the little hopeful flowers of your knees

pressed against the wall,

its mockery of paint,

on the stones of the ordinary prison:

the house where you are someone’s

blood. The Lamb and Mary

have left you to float in this darkness

the cannibal feast from a hidden place

and pray to be rid of your offering.

The sun is all you wait for,

the light, guardian saint of all the children

of the household crime. You stop

are not your own. You hide

your life away, the lucky coin

tucked quickly in the shoe

from the burglar, when he

comes. Because he will, as sure

as shoes. This is the one

with all the keys to where you live,

the one you can’t escape, and while

your heart is stopped, he takes things.

It will take you years

to learn: why you held back sleep

from the mouth that opened in the dark;

why you would not feed it with

the dreams you sealed up tight

in a cave of tears; why

the black widow still visits you,

squeezes her venom out in droplets,

the terrifying jewellery of a woman

you wore inside, a child robbed

in the dark. Finally you know this.

You have sliced your numbness open

with the blades of your own eyes.

From your years of watching

you have grown the pupils of a cat, to see

in the dark. And these eyes are

your blessing. They will always know the poison

from the jewels that are both embedded

They will always know the darkness

that is one of your names by now,

but not the one you answer to.

You are the one who knows, behind

of shadow, the moon is always

whole. You take in silver

through your eyes, and hammer it

as taut as poems in steel

into the fine bright crescent of your life:

The following is my Personal Response to Remember the Moon Survives (the above poem), written by Barbra Kingsolver. It explores the ruling theme presented in the poem, that after experiencing significant hardship, an individual’s capacity for adversity may increase, allowing them a higher tolerance for future adversities and greater resilience when responding to them. As well, the powerful imagery of the moon and of darkness from Remember the Moon Survives has been integrated into my Personal Response. As in the poem, the moon in my piece represents strength in the face of hardship, while darkness represents hardship itself. To further connect the two, I have also integrated some of the lines from Remember the Moon Survives into my Personal Response.

Last night, I slept without waking up breathless and shaking from the same nightmare. I wanted to tell you because it means you don’t have power over me anymore.

Once upon a time, you were everything to me. You had dark eyes, the kind I didn’t want to look into for fear of what I might see – but the kind I couldn’t look away from, either.

Your black eyes have haunted me for three years now. I think it was them that lured me in, that made me so devoted you, even though the pain. I was compelled lose myself in their darkness, and every time I tried to look away into the light, I was blinded by the brightness – and all I wanted to do was go back to the familiarity of your eyes.

My eyes were bright, silver-grey orbs that lost themselves in the allure of your wildness.

Remember how you used to be my protector and my tormentor? You were bigger than me, darker than me. You were a powerful presence, commanding and undeniable. I wasn’t like that. I was small and lovely and gleaming, quietly beautiful. Maybe that’s why you felt the need to hurt me – because you were big, and I was small. When you embraced me, it almost felt as though my own faint, silver light would disappear in the darkness of your body.

You were never a gentleman. I think that was part of why I was so attracted to you. In the darkness of your eyes, there was something raw, something primal. You never bothered to adopt a façade of civility, you never tried to be tame and acceptable. Other people thought you were rude and vulgar, even dangerous. I knew you were just unapologetically human. 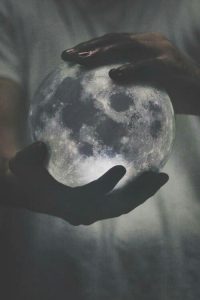 But you wanted to dominate me. You became an oppressor in our house, a dark and powerful force that was everywhere. You had all the keys to where I lived, and you were inescapable. You are the reason I haven’t been able to sleep for three years, because every time I close my eyes, I feel like I’m enveloped in your darkness again.

I remember gritting my teeth to stop myself from crying out loud when you hit me. I remember how it hurt when you bent around me like a shadow, pushing yourself against me. I remember clenching my fists so tightly that my nails made crescent-moon indents in my palms, and I remember waiting for the night to bleed its darkness out and give way to daylight.

You were less formidable in the day, somehow. Even though I would stiffen beneath your touch, I remember how you would stroke my hair in the mornings, telling me that no one in the world loved me except you. You would always love me, and you would give me everything. I remember the garnet necklace you bought me. I still have it, but I never wear it. I want to throw it away but I can’t because somehow, even after everything you’ve put me through, that necklace reminds me that I loved you.

Our love was always a twisted one, and even though sometimes I wanted so desperately to get away from you, I was still so desperately loyal to you. I really thought that you wanted to protect me, that you only ever hurt me because your passion for me came spilling out in uncontrollable ways. After hearing you tell me so often that you were the only person who loved me, I began to believe it. I was even grateful to you for being this cross between protector and tormentor, this man with the dark eyes that I feared just as much as I loved. Yes, I was devoted to you, chained half-willingly to your darkness.

Remember how it seemed like the moon had disappeared for months? That’s how it felt for me. Every evening before you came home, I would stare out the window at the sky that was strewn with twinkling swirls of diamond stars. I would scan the sky for the moon, and most nights I couldn’t find it. Maybe the window faced the wrong way, maybe I just couldn’t see it  – or maybe it’s glowing silver light, so bright, so beautiful, had been swallowed whole by the darkness that embraced it. Maybe the moon was gone.

You told me you loved me. Even as you sapped me of my will to live, you reminded me that I would die without you. You warped my perception of goodness because your eyes were so dark that every time I looked away, any shade brighter than black scalded me blind. It hurt much more to look at the light than it did to look at you. And so I didn’t want to look away.

I could never sleep properly. I entombed my dreams in a cave of tears, never feeding them to the mouth of the nighttime, never letting myself be vulnerable, trying to cover the remnants of my luminescence. You see, it turns out that my small, tentative light was never destroyed; it was just hidden beneath the layers of your darkness. I was scared to show you my light because I was afraid you would try to take it away from me.

Remember how everything changed when I undid the clasp on your garnet necklace? It was then that I finally saw the difference between the poisons and the jewels, both embedded into my flesh with your fists. I realised then that having stared into your eyes for so long gave me the vision to see in the dark. Even though I will not be able to see the daytime properly again after having seen the night, I will never be hit by blows in the darkness.

The last time I looked out the window in our house, I was finally able to see this silver, celestial being. It was a mere sliver that showed itself from beneath the covers of nighttime, but it was enough to prove to me that the moon is resilient. It waxes and wanes in a constant cycle, and even though there are days when it is completely sealed in night’s tomb, there are also days when it bursts forth like a halo of silver light, full and luminescent and untouched by the darkness around it.

The moon’s cycle takes a month to commence, a month of oppression beneath the wraith-like force of darkness. My 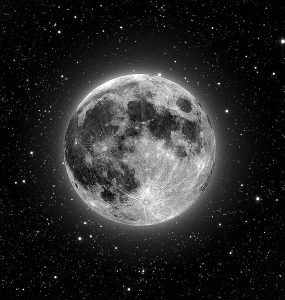 cycle has taken three years – one of enclosing darkness, one of suppressing darkness, and one of retreating darkness. I question whether I will ever fully come into the light because you have you have damaged me so profoundly that I don’t think I am even capable of wholeness anymore.

But that it part of why the moon is a comfort to me. The moon is damaged, too; she is blemished with craters that stand like bruised monuments to the trials she has had to overcome. The moon knows the pain of being struck and having blood-blisters beaten into the surface of her porcelain skin. The moon survives. And so will I.

Last night, I slept without waking up even once. I wasn’t tormented with nightmares, or haunted by visions of your dark eyes. My thoughts didn’t linger on the fingerprint-shadow bruises I can almost still feel on my body. I wasn’t consumed by the desire to come back to you.

I wanted to tell you because it means you don’t have power over me anymore. It means I am closer to being whole and bright as I shake off the shadows of your wild, lustful sadism.

It means I am one step closer to being a survivor.