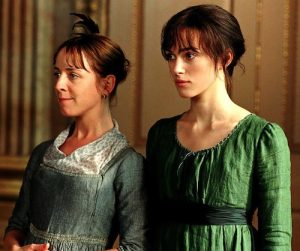 How Women Respond to the Conformity of Society

Prompt: Discuss the significance of an individual’s attempt to live unconstrained by convention or circumstance.

Often society is what begins to dictate our need to maintain a continual withheld certainty within our individual lives. This ultimately shapes our morals and leads to the suppression of our true nature, because our inner intentions can conflict with what society deems to be correct and valued. However, through the aforementioned suppression of individuality, the need to remain different arises, consequently causing others to act opposite to demanding societal standards. This allows individuals to live unconstrained by the convention that society has upheld. Yet, it is important to note that an individual’s status within society ultimately determines and shapes what they perceive to be true to their nature and their ability to secure an independence for themselves. However, this attempt to disengage from societal beliefs and follow one’s internal morals becomes significant in the aspect that said individual recognizes the need to attain a balance between the two (societal beliefs and individual beliefs). Through accepting societal values and integrating them within one’s own life allows the individual to attain the “proper societal image” which can ultimately subdue or conceal their rebellious and individual nature. The individual begins to recognize their differing nature and adapts it to fit societal regulation, yet is still able to acquire a certainty within their independence. Therefore, the individual secures a freedom for themselves in what would seem to be a morally rigid society. In other words, when an individual is born into a society that upholds its ideal as being a common custom, said individual can recognize this as the suppression of their true nature, creating a desire to secure an independence without the restriction that society is enforcing. This attempt is significant to their nature as an individual and the circumstance they were born into, because their actions or response towards differing themselves from society is situated within the ability or freedom allowed within their own societal status. This can be argued within Jane Austen’s novel, Pride and Prejudice, through the juxtaposition between the characters Elizabeth Bennet and Charlotte Lucas who both recognize the convention (custom) of society’s need for a woman to marry in order to secure a certainty within her future. Both characters respond to society’s withheld ideal but respond in different methods; whereas Elizabeth recognizes the futility associated with society’s perception and refuses to adapt to the conformity of being a woman within society and rejects men to secure a self-independence (believes in freedom without conforming to marriage), Charlotte is an individual who willingly accepts the need for a woman to marry in order to secure an independence for herself and live un-restricted through attaining a freedom within marriage.

Elizabeth Bennet is a character who is immediately is favored by her father (he agrees with her sense of self), and this singleness is what immediately allows Elizabeth to believe in her wit and intelligence, for her father (Mr. Bennet) is substantially different from society in itself, in that he does not agree with the desperation of getting his daughter’s married and securing a future for them within fortune. Elizabeth is an individual who does not allow the propriety associated with being a woman to control her; she does not let this societal ideal govern her decisions, but rather she secures an independence through allowing her emotions and what she is feeling to dictate the outcome of her action because that, to her, is a logical response. Through Jane’s ailment at Netherfield Park, Elizabeth refuses to submit to the patience of waiting for a letter, for she possesses a dire and immediate urge to witness the wellness of her sister. This emotion is rooted within sisterly empathy and instead of succumbing society’s mandate of a patient woman and the utter atrocity associated with a young woman journeying alone, Elizabeth remains true to her nature, and does so anyway. For Elizabeth, validating her familial fondness and her need for it can only be sustained through witnessing the betterment of her sister, which is a logical thought rooted within the emotion of her desperate need. Therefore, Elizabeth does not allow herself to be limited by society but rather deviates from the “patient woman,” and seeks out her sister. Notably, her journey to the Bingley residence is one that causes her clothes to become dirty and situates her hair in a disarray, but that does not prevent Elizabeth’s need to acquire information on her sisters progressing sickness. This is significant in the aspect that Elizabeth responds to her own internal values and morals through not allowing herself to be limited by society’s convention of waiting, and within this desire she begins to embody the exact opposite of what society is portraying a woman to be for through her journey she has not upheld the virtue of cleanliness. However, this physical embodiment of remaining untrue to society allows a sense of judgment to be bestowed upon Elizabeth for her differing actions, but she does not let this worry control her for she remains true to her need to physically witness Jane’s betterment. These actions define the truth of Elizabeth’s nature and her response to the societal injustice that is placed on women. Consequently, this is reflected within Elizabeth rejecting Mr. Collins proposal to her. Through the hypothetical circumstance of Mr. Bennet’s death, Elizabeth, her sisters, and her mother would have to become members of servitude, which poses a dire need and strain on Elizabeth to marry. However, Elizabeth immediately rejects Mr. Collins proposition because his preconceived guarantee in her surrender to his demand is what will restrict her independence as a woman. As Mr. Collins prohibits her nature, she does not marry him, and her father’s mockery of how he will not speak to Elizabeth if she does marry him, certifies and validates her belief in her opinion. However, this rejection is significant in the aspect that Elizabeth was only allowed to reject Mr. Collins, because of the circumstance she was placed within. Her societal status is not entrenched within being poorly, which allows her the freedom to reject Mr. Collins and remain true to her nature. This is directly opposite to Elizabeth’s close friend Charlotte’s circumstance, for she accepts Mr. Collins proposal to her because of it is an opportunity rather than a limitation, that will guarantee her an independence within the future.

Charlotte Lucas is an individual that is entrenched within the need to submit to societal obligations to secure a future for herself; however, she utilizes this ideal not to succumb to it and subdue her nature, but rather to attain a security which allows her the freedom to obtain the independence she desires. When Mr. Collins proposes to her, Charlotte immediately accepts knowing that she will have damaged her and Elizabeth’s relationship. However, she recognizes the necessity of marriage in the sense it will grant her the freedom that Elizabeth already possesses within her early years of womanhood. Elizabeth is able to act on her own terms and grant herself moments of freedom in which she is able to ponder and reflect on her emotions. This situation or circumstance cannot exist within Charlotte’s early adulthood, for there is this overpowering and threatening presence placed on her to marry. Therefore, the societal custom of marriage to maintain a security in a woman’s future is what Charlotte knowingly succumbs to in order to alienate the fear associated with her uncertain future. Charlotte recognizes the necessity of marriage and accepts this societal custom in order to secure a future not in terms of fortune, but in which she is able to now live unconstrained by society’s foreboding presence. Whereas Mr. Collins would prohibit Elizabeth’s freedom associated with acting on independent decisions such as witnessing her sister’s betterment, Charlotte recognizes she can only attain this through securing a marriage for herself. Although Charlotte recognizes the marriage will conform her true nature as she marries man who believes in the overt sense of male dominance, if she were to instead act on her desired freedoms within her womanhood, she would disallow herself from attaining the freedom she could have obtained within marriage. This is significant in the aspect in order for Charlotte to assure herself of her future individuality, she had to submit to the need to marry, and this need to yield was based on her poorly status within society. She recognized the limitations of attaining equality for a woman with her status, and used this understanding to secure a sense of freedom for herself. Whereas Elizabeth lived a privileged life, one which she was blind to, it allowed her the opportunity to explore independence within her youth and marry a man she not only had affection for, but would respect her need for privacy and independence. Contrastingly, this freedom that Charlotte attained is validated when Elizabeth witnesses that within her new home, Charlotte has acquired a room for herself, which represents how she has secured a sense of privacy and mental independence. Notably, Charlotte acquiesces to the societal need to marry, however, she attempts to live unrestricted mentally through certifying independence associated with having a room to herself in Mr. Collins house without his knowing of her motives behind obtaining it, for he simply perceives it as an unnecessary room and therefore, fit for a woman luxury.

It is noted how within Jane Austen’s Pride and Prejudice, both Charlotte Lucas and Elizabeth Bennet were individuals that were brought into different circumstances associated with their social status or ranking. Elizabeth was an individual through her youth as a woman, that remained true to her nature and was unrestricted by the societal definitions of a woman for she was able to act on her emotions and values. This exemplified through her will to journey alone and reject a marriage proposal. This becomes significant in the aspect that her societal ranking was not of poor status and granted her the ability to act on her independence both physically and mentally. However, Charlotte was an individual that recognizes how she was undeniably entrenched within the status she was brought up within. This consequently caused the need to marry in order to obtain a secure future. However, this need to attain a future was rooted within securing her independence in terms of her mentality. Through succumbing to the societal ideal of marriage, Charlotte was able to grant herself the ability to live unrestricted in the terms of the compliancy society defines a woman to be associated with. She was able to live unconstrained for she was able to secure a free mentality for herself. Therefore, there can ultimately be different responses to the conventions that society places on women, and societal status (circumstance) dictates these outcomes in terms of securing freedom within oneself mentally or physically (or both).