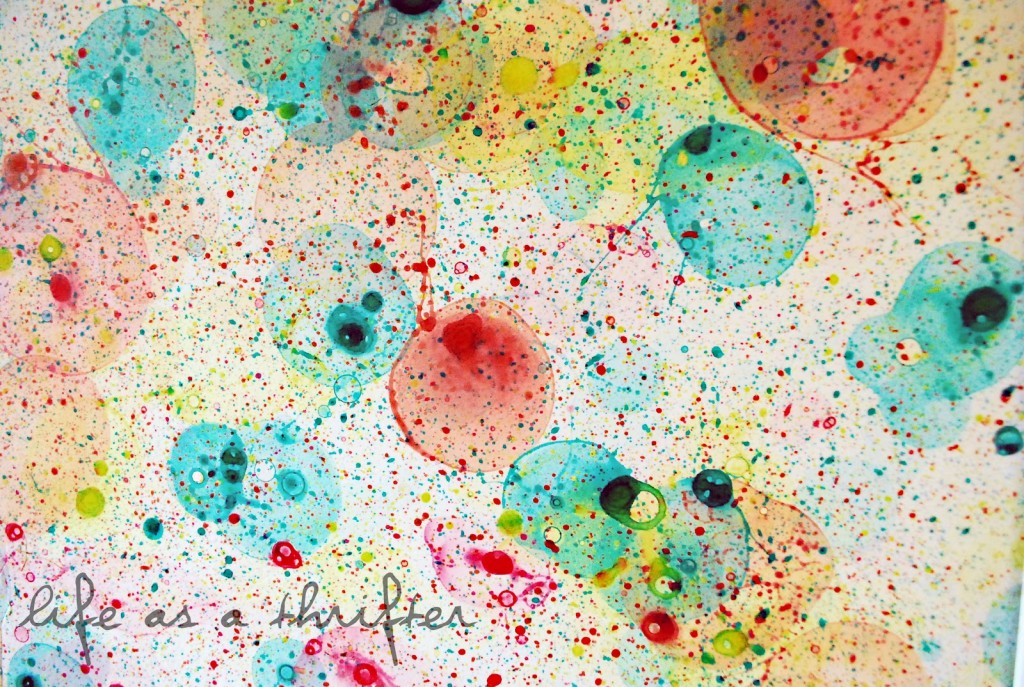 Discuss the idea(s) developed by the text creator in your chosen text about the significance of idealism and truth in an individual’s life.

Aspiring to our ideals is instinctual. Idealism – the forming and pursuing of conceptually perfect desires – is adopted by individuals, and quixotry is pursued in such a way that idealistic expectations become unrealistic in the face of truths. These truths are aligned with reality, and often contradict the idealistic aims that individuals strive for. This idea is explored in Mary Shelley’s Frankenstein, wherein the monster’s identity is initially ruled by idealism, but is soon rejected when his nature changes in accordance with truths reflected by society. Beginning with an innocent, childlike disposition, the monster is unable to reconcile his frightening appearance with the truth of rejection. Eventually, however, the threats that society poses to him as a result of his appearance cause him to alter the role idealism plays in his identity so that it fits with the truth of his circumstance. Changes in the monster’s character occur through the initial betrayal of his idealistic purity when he is rejected by the DeLacy family, the increasing need for self-protection when he is targeted for the reality of his appearance, and the eventual necessity of reshaping his values to fit the truth of his circumstance. The monster’s identity – initially rooted in idealism but then degraded in the face of truths projected by society – eventually evolves to abandon quixotry in order to meet the demands of reality.

The betrayal of the monster’s fundamental ideals of gentleness and companionship are what incites changes in his character; losing the security of his idealistic values through his encounter with the DeLacy family leaves the monster vulnerable to society’s truths. Born with the childlike innocence of a creature who seeks companionship, the monster lives in a naively ideal state that is unburdened by the harsh truths of society’s influence. The monster develops a craving for the companionship and connective love that he finds in the DeLacy family, which for him as a fearsome creature, is unrealistically ideal. The monster spends months observing them, developing a deep affection for them, and fostering ideals about sharing a brotherhood with them; he centres his world around them and roots his identity in the idealism of intimacy and fellowship: “The more I saw of them, the greater became my desire to claim their protection and kindness; my heart yearned to be known and loved by these amiable creatures; to see their sweet looks directed towards me with affection was the utmost limit of my ambition.” (120) The monster’s greatest desire – to be accepted into the DeLacy camaraderie and conviviality – is an idealistic ambition so strong that it becomes the essence around which his identity is founded. By placing such importance on this quixotic ideal, the monster is attempting to overrule the significance that the reality of his appearance will play in his life. Yet the innocence of his ideals is soon tainted by the truths that the DeLacy family reflects back at him when he is received by them with abhorrence and fear, displacing him from the familiarity of idealism. Raging against the truth of his rejection, the monster burns their cottage. As the cottage burns, the idealism the monster had rooted his sense of self in begins to unravel, leaving his identity exposed and subject to the influence of society’s perspective of him. Here, the demands of reality cause the monster’s identity to evolve beyond pure idealism in response to the truth of his appearance, as judged by society. The monster’s quixotry is beginning to falter. Still, he is “unable to injure anything human, [instead turning his] fury towards inanimate objects.” (127) Therefore, the monster burns the cottage instead of harming the humans, illustrating that at this point – even as the treachery of his most fundamental ideals leaves him exposed to the degrading effects of external truths – he is still influenced by idealistic values. Though a diminished one, idealism still has a guiding presence in the identity of the monster. The devaluation of idealism by the projection of societal truths acts as the initial catalyst for the monster’s need to adapt his identity so as to meet the requirements of reality.

His idealistic intentions having resulted in exposure to the degradation of reality, the monster’s identity continues to shift away from idealism so as to protect himself against the truths that society judges him with. Idealism’s place in his identity already having been tarnished by the painful truths put across by the DeLacy family, the monster comes across a drowning girl as he wanders. In a quixotic spur of genuine benevolence, the monster rushes to the aid of the girl. The purity of this deed is highlighted by the fact that the monster’s actions are instinctual and unalloyed by ulterior motives, thereby demonstrating that his identity is still in touch with idealism; his nature is still good. However, truth pierces through idealism when the monster’s good deed is received by horror due to the reality of his appearance; the father of the girl whom he saved shoots him, and the bullet literally perforates the fragility of whatever idealistic innocence the monster has left. Here, the monster is once again rejected: “This then was the reward of my benevolence! I had saved a human being from destruction, and as a recompense I now writhed under miserable pain… the feelings of kindness and gentleness which I had entertained a few moments before gave place to hellish rage… I vowed eternal hatred and vengeance to all mankind.” (130) The monster’s idealism is giving way to a significant change in character, which becomes necessary in the face of life-threatening circumstances. The alteration of identity, when individuals are faced with a critically dangerous situation, becomes essential for the purpose of self-preservation. The innocence of an idealism-based identity is unable to cope with the threats of reality, therefore it becomes imperative that the nature of an individual in a dire situation evolves to meet the circumstances in such a way that survival is ensured. The shooting itself reflects the inevitable and unforgiving truth of the monster’s appearance, which he was forced to meet with an adapted sense of self. For self-protective purposes, the monster changes who he is; individuals who cover themselves with a blanket of idealism cannot see the incoming blows of truths that will eventually tear holes in the fabric of one’s identity. The monster’s quixotry is further dwindling. From the external influences of the DeLacy family and now of this man, the monster’s ideals have shrunk in the face of the truths that are projected, and his character has evolved to meet the demands of reality. For the sake of self-protection, the identity of an individual will continue to shift as a result of further exposure to truths that degrade idealism.

The repeated repudiation of idealistic intentions causes the monster the need to meet external reality with a nature that is changed to correspond to the truth of his reception by others. Just as the monster previously burned the cottage to rage against the truth of his rejection, he now sets out to destroy Victor Frankenstein to rage against the pain of his reality. By lashing out at his creator, the monster is attempting to shift his own suffering onto Frankenstein, who in his mind is at fault for his loss of idealism because it was Frankenstein who willfully created the monster’s repulsive appearance. With a nature that has adapted to the truth of his appearance, the monster begins this destruction with the death of Frankenstein’s younger brother, William: “I gazed on my victim, and my heart swelled with… hellish triumph; clapping my hands, I exclaimed, “I too can create desolation; my enemy is not invulnerable; this death will carry despair to him, and a thousand other miseries shall torment and destroy him.”” (131) The monster’s first victim in William marks the final stages of his transition in character; as he kills this innocent child, the innocent child inside himself dies too. The monster’s quixotry has died. The vengeful hate with which the monster carries out the deed highlights the magnitude of how far gone his idealised identity is in the face of an unwavering truth. William’s death at the hands of the monster is the first in a string of murders, each one of them a representation of how much the identity of the monster has changed; his nature has evolved from an innocent, idealistic base wherein he could never harm a living thing to state where the truths of his circumstance have forced his identity to become founded in vitriolic aggression. His initial nativity – being as it was self-destructive by setting up unrealistic ideals that could not be fulfilled by the truth of his situation – has been abandoned. Faced with harsh truths, the innocence of idealism is unfit to meet the severity of his circumstance, and thereby the monster has changed the fundamentals of his nature in order to survive in a world where he is targeted for the reality of his appearance. It is the character, the fundamental nature of the monster, which was forced to change in order to survive against the severe reality stabbed at him by society. After having been maimed by reality, the monster forfeits his idealism, which in the face of societal threats has already led him to be hurt. Conversely, the hardened violence that has resulted from his treatment by society protects him from the brutal truths that would otherwise tear him apart. The nature of the monster has wholly changed in order to be compatible with the truth of his treatment by others. Idealism having been degraded, the identity of the monster has evolved in order to meet external reality with a character that matches the truth of his reception by society.

An individual’s identity, when founded in idealism but degraded by the truths society reflects, may evolve in order to correspond to an otherwise harrowing reality. In Frankenstein, Mary Shelley uses the monster as a means through which to demonstrate that the deterioration of one’s identity occurs through the initial loss of idealistic purity, the intensifying need for self-protection, and the eventual evolution of one’s nature so as to be compatible with truths. Individuals who construct themselves on the base of idealism eventually need to reshape their identity so as to be consistent with the truths that would otherwise split them apart. Quixotry in its unrealistic state fails to be aligned with external reality, which more often than not contradicts one’s idealistic aims. It becomes necessary to abandon these ideals in the face of truths – and this is how quixotry dies.