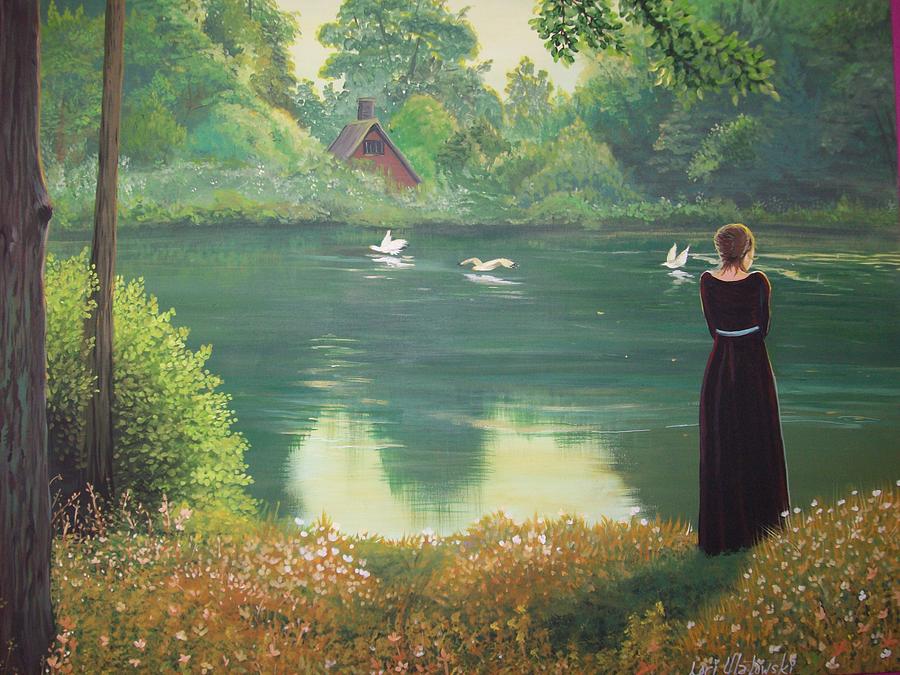 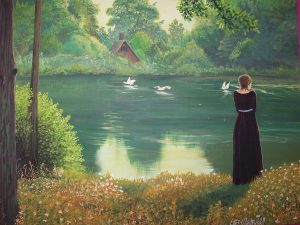 The concept of marriage – although it is important to the plot of Pride and Prejudice – holds an even deeper meaning for insight into Elizabeth Bennett’s character. Through the first proposal from Mr. Collins, and the second and third proposals from Mr. Darcy, the true feelings Elizabeth has in regards to marriage are revealed. Furthermore, through Elizabeth’s steadfast ability to never waver from her view on marriage, the idea of how individuals – when confronted with a circumstance that contradicts their values – will choose a path that allows them to continue adhering to their belief system. This is an attribute of Elizabeth that I personally admire – her ability to stand up for herself in a time period where women weren’t expected – or allowed – to is truly something that women of every generation can learn from.

The first proposal – by Mr. Collins – can most definitely seem like a slight joke. His awkwardness and pride are such inhibitors to Elizabeth’s feelings that it is almost comical. Due to his nature of being a prideful, “Small-Man Syndrome”-esque man, there is no way Elizabeth Bennett would ever fall in love with the likes of him.

If she did, the readers would probably think this book even more implausible than it already is – sorry Jane Austen.

The fact of the matter is this: Elizabeth most definitely did not love her cousin, nor should she, because it would not fit her character to do so. As demonstrated by her various interactions with other characters, Elizabeth Bennett is no pushover; by rejecting Mr. Collins, she is putting her family’s future at stake. However, her core value as a woman is to never marry if not for love. To not marry him would go against both hers and her family’s best interests, but she is a character ruled by passion – no peer pressure would ever work for this woman.

In rejecting Mr. Collins’ proposal, Elizabeth is essentially deciding to stick to her own values instead of another’s – yet another aspect of her character that is truly admirable.

Things change, however, when Elizabeth is proposed to by Mr. Darcy for the first time. A marriage to one of the wealthiest men in the country would most definitely make Elizabeth well-off both fiscally and socially. They even banter back and forth like they were already hitched. Elizabeth is the only woman in his mind who can match his intellect, despite her “family situation.” The same can be said of Darcy in regards to Elizabeth’s view. However, when Elizabeth hears what Darcy had done to separate Jane and Charles Bingley, any positive feelings she may have had for the man were destroyed. Her fierce loyalty to her family – especially Jane – forbade her to see the situation in any light other than that of the negative.

If she hadn’t been so stubborn, then perhaps she may have understood the reason why Darcy had separated them. I don’t think Darcy was being the “Anti-Cupid” – cackling as their carriaage rolled away from Netherfield, and away from Jane. No – he was being a good friend – a chaaracteristic of Darcy that is reiterated throughout the course of the novel. He is “fiercely loyal” to his friends, just as Elizabeth is to her sister. This shows the conflict that can occur when two alike people are pulling on two ends of the same string – sometimes you pull so hard the string breaks. In this case, the loyalty each character shows to their loved ones breaks any marriage the couple coud have had – at that point, anyway.

By the time Darcy’s second proposal rolled around, Elizabeth had begun to see him in a new light – once she got over the fact that Darcy was the good person and Wickham was a phoney in a red coat. After Darcy protected her family from repercussions that may have come after Wickham ran off with Lydia, it showed Elizabeth that he had the potential to be loyal to her, too. Instead of tugging on two ends, Darcy shifted so that they were both hotheadedly pulling together. It is easier trusting someone when they value your loved ones as much as you do.

Elizabeth accepts this proposal – she fell in love with him because his love for her  turned into loyalty. Once Elizabeth’s value of love was met, she wanted to marry the fool.

Elizabeth Bennett – a stubborn and fiercely loyal character – eventually accepts a proposal from Mr. Darcy – an equally stubborn and fiercely loyal character – when she has already fallen in love with him and the things he had done for her family. Her values were met, and she was able to adhere to her value of marrying for love. Unlike Mr. Collin’s proposal, or the first proposal from Darcy, money, status or pride had nothing to due with the proposal. It was pure and simple love – a love wished for in marriage by Elizabeth – that overcame the pride and prejudice they had against one another.