Author’s note: This piece explores the idea of passionate love. From this post, I believe that love, at its essence, is both selfless, and selfish. However, the forgiveness wrought from a loved one is absolutely ageless. 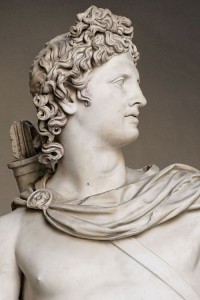 She is only five years old when she had first met him. Dimpled hands, soft and round. Stubby fingers curled around the edges of the book. Her eyes are bright, twin twinkling stars radiant in hope, as she struggles to comprehend the words before her. She traces a pudgy finger over the illustration of the Sun before flipping to the next page. She is five years old, and does not understand.

The girl is ten years old. And she is still bright, a little dimmer, but still shining with the prospects of taking the world by storm. She is young, and still does not understand the world that she lives in. This girl is ten, and she still is nearing her end.

Twelve, and she’s curled up in the corner of the girls’ locker room, her belongings strewn around her. Glittering tears and ugly sobs tear from her throat, making her feel like she’s being cut up on the inside. She wipes her face, picks up her stuff, and walks out, leaving behind her tears. She’s twelve years old now, and on the precipice, hanging on for dear life.

She’s fourteen years old now, and at the stage where she needs to find herself. She still cries, she still gets hurt. But sometimes, when she looks up to the cold Sun, it seems to be watching her back. And she knows that everything would be ok. Fourteen is a hard age because she feels like she can take on the world.

The girl is sixteen now, and has found comfort in a star. As time went on, the sun slowly start to warm up. She doesn’t know why, but somehow, she finds solace in the Sun. She started to burn, and she loved it. The girl found the book again ( the one she read when she was five ), and she found her Sun. Little by little, she slowly started to love this Sun. And wishes to herself that she could touch the unreachable sun. In the same night, the Sun comes as a shining man in her dreams – or is it the waking world? He sets her skin on fire, and his gaze enraptures her. As she falls asleep, – or continues to sleep – his name is on her lips: Apollo.

He visits her every night, scorching fingers trailing fire on her body, lips on her skin like a burning brand. She feels happy, and she doesn’t know why. When she wakes, the girl finds solace in the sun, savouring its protection, its all-seeing nature. She is sixteen, and is the warrior that everyone talks about.

Eighteen is the age where one desperately hopes for love, and this girl makes the mistake of falling in love with the sun. After all, who could resist? Ardent, amber eyes shining with promises, – false ones? – golden halo of hair surrounding him, and plush lips breathing sweet nothings. Slowly, she started to burn like Joan of Arc at the stake. Perhaps, it was the same thing. Perhaps, it was not. But it was beautiful, turning in ashes. This girl is eighteen years old, and she is the maiden of untamed passion. Born to lead armies, and to unite nations like broken hearts.

Then he disappeared. Without much thought, without even a goodbye. The Girl, now twenty, and now nursing a broken heart, wept and wept. It was her mistake, falling in love with the Sun. And she wished desperately that her Sun would come back. But even if the Sun in the sky looked so inviting, there was no true warmth. She had given her heart to someone who wouldn’t cherish it. This woman is twenty, and broken on the inside, despite her smiles, her laughter, her mask.

Decades had passed.
Her Sun never came back.
All she had to remember was burning.

Finally, this woman is eighty, and is once again hanging off the precipice. Each breath brings her closer to death, and perhaps, it would be best. Years of pining after a dream had taken a toll on her mind, body, and spirit. This woman laid in the hospital bed, machines beeping rhythmically.

When night fell.
He returned.

Clasping her hand in one burning hand, he looked as young as ever. Her Sun pulled her hand to his face, brushing his lips over paper-thin skin. He whispered, “sorry, so sorry.” Over and over again, that it felt like a mantra. Like a hymn to a goddess. This woman wanted to hate. Wanted to hate so so much. But looking at this Sun, who suddenly became a pathetic man before her very eyes. She smiled shakily, and nodded, finding no need to speak. He stayed with her until she died. Her Sun held her in his arms, and forged her image in the skies, so that the world may know the face of the woman who had truly captured his heart. For he had felt a passion, and a love so deep, that he fled.

“Allow the world to know the face thy maiden whom had stolen your heart.
The larks shall sing melodies dedicated to the woman.
For she had remained loyal, and loving to Her Sun til the very end.
Thank you.

Thank you so much.”

2 thoughts on “They were just a couple on Fire ( Or more aptly named: Falling in love with the Sun )”