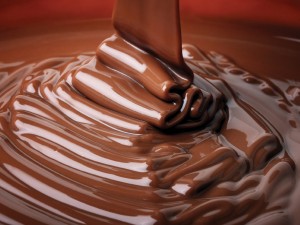 Back then, the water in the wishing well always had a degree of perpetual splendor in the gentle luminescence of daylight, bubbling ever so clear and soundless. He would reach in, trying to touch the sky that was reflected in it, but it was an impossible feat. Instead, he settled for the light radiating off it and propagating grandeur with every wave.  Less than three feet across, a hood of rocks protected it from falling leaves. A canopy of off-green leaves left a myriad of shadows on tessellated soil, mottling the forest that enshrined the wishing well. Cedar boughs held their dark and intricate tracery like gates against the sky, giving him entrance to a sacred well that let light gently caress his skin; let him intertwine fingers with the dream that traced his identity.

His whole identity revolved around the dream that he had designed for himself. Growing up, he would always sit obediently behind a steel counter, watching his uncle, a chocolatier, temper chocolate. It was dazzlingly bright in there, just like the light in the wishing well. The sounds of metal spatulas skimming across the counter-top and slashing at sizzling melted chocolate were the orchestra of his innocence. He would sit there, every day, as he grew up, watching solid chocolate melt and become glossy under the magic of tempering; lustrous under the graceful movements of the spatulas gliding like skates on ice; velvety under the soundless sailing cruise of metal sheets like a canoe on tranquil rivers. The movement of his uncle’s arms tempering beckoned him towards dreamlike desires. One blink and the chocolate would solidify into an architecture of unimaginable shapes and colors – a morphogenesis right before his naked eye.

It was with a stubborn and naïve childishness that he hastily believed touching the light in the wishing well would mean he could therefore touch the dazzling light that his uncle created magic under. Year after year in childhood, he had demanded his departure to follow the footsteps of his uncle, consistently wishing on the pebbles that he threw into the tranquil well.

Seasons would pass, and when autumn arrived, he left.

But spring had ended, summer had drifted away, and winter was already waiting, keen to bite.

Cold and bare, adversity became a wind that whipped, blew, screeched, howled, but nobody knew of its origins. It seemed so clear to him that the wind was trying to get in his way – trying to hold him back from places he might otherwise go; a howling catalyst for reality. He could still remember the day he was yelled at in the patisserie for being incompetent for melting chocolate in a bowl that was submersed in a basin of boiling hot water. But heat leads to impatience, and impatience led him to reach too deep into the wishing well. “Chocolate separates in hot temperature; you must always have a thermometer with you to ensure that the temperature never exceeds 115 degrees Fahrenheit,” they said. “Furthermore, the way you’re doing allows steam to enter the chocolate. The quality of chocolate degrades by a substantial amount if it comes into contact with even the slightest bit of moisture,” they said; the moisture of the water that had once revitalized the colors in his world now diminished it. The warmth that once rolled off the sleeves of liquefied chocolate was now lethal. Fatal. Deathly. Continuously, the critique of co-workers and his superiors blew at the frail shell of leaves that enshrined the wishing well; enshrined his dream; enshrined his identity.

Only then did he realize that he may have touched the light of the water in the well, but had never held it. The confidence that once soared as deep as the wishing well was now warped; inverted; flipped outwards towards a world where adversity blows, and illusions are demystified.

And as the wind blew the brittle leaves in front of his face, everything became a blur of dull orange and pale yellow; a smear of the once precisely painted persona and ambition he had created for himself.

It was as though the wind was trying to tear all except those who cannot be torn, so that afterwards, he could only see his real reflection in the in the wishing well, and not merely as he might like to be; not merely as he might dream to be. Seasons passed by in a blur, but so did his time. The wind fast-forwarded his childhood into a time of debris. It was a catalyst for the disclosure of an actuality he had not wanted to face; a world he had wanted to blind with the dazzling light of the kitchen and the propagating glow of the wishing well. The leaves that once protected him were ferociously ripped off the branches of cedar trees. Reality was being shown, and the magic was starting to dust off. Yet perhaps that is how identity dies; it dies in a windy capsule, being shed the way trees might shed leaves until nothing remains. Nothing but a bare tree, where a branches rasp against each other like a wooden pail of water scraping against a concrete well; one is struggling to breathe and the other is struggling for freedom.

He could still feel the steam rising into the air, entering the chocolate architecture he had constructed his identity around, ruining its once velvety texture, leaving him with nothing but dust; a crumbled illusion; a disillusioned childhood. With the departure of his dream of being a pastry chef, his identity was shed off like leaves. He was bare.

It was with newfound eyes that he then walked to the wishing well, and as the leaves fell, it clogged the once-bubbling wishing well; no longer were there rocks to protect it. They had all been used up to make past wishes.  It was bare, just like the trees and just like him.
His dream was a double-edged sword, and the impetus of his arduous experience in the patisserie had pushed him onto it. But it was not blood that seeped out of his wound. No, it was searing, liquefied chocolate, burning his hands as he touched it. The dream that had once defined him was now dripping onto the ground; grounding the illusion that he had once whole-heartedly believed in.

His illusion was seeping out of him, and being revealed to harsh, cold, windy reality; what was inside is now outside. Adversity inverted his world, and he couldn’t help but a feel an inner sense of emptiness.

This is what happens when one reaches too far into the wishing well; he came too close to the light that was reflected in it, and thus burned himself out.

It was not magic after all.