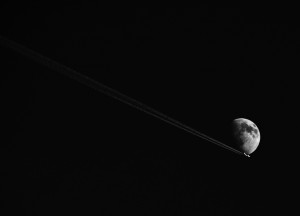 It was only a point – a single tangent, born from a curving, sloping, warping, arching mess.

But while the slope may rise and fall as it pleases, the point cannot; it was bound to that one single moment where the wind may have blown slightly stronger, carving a turn where there was none.

They say that tangents travel straight, blindly cutting through the abyss in hopes of encountering nothing but the occasional sign of life. But what happens if it stopped? If it suddenly branched? What if a single line branches into leafless sticks, jutting into still air, just like the bronchiole in human lungs; a mere upside down tree? Could it too upheave its own life and dust away the shadows that feign reality? What if it wanted to breathe as well? To feel the current of the rain?

But it was just a dot, pure and simple, that had yet to realize that rain is never alone.

No, rain is accompanied by an entity that soars at 5 kilometers per hour and induces unintentional turns – choices – decisions,

; escorted by a breath that tears all except those that cannot be torn.  It will fold rays and lines alike as though they were origami, until they become a swan or a flower –but crumpled, nonetheless- and it will tuck them into the precarious cobwebs of hope,

; chaperoned by a suspended illusion – which is naïve – and hope – which is self-indulgent.

In the end, a point is just a point. While it imagines itself to be in a forest of oak leaves mottled with brown, maple leaves dappled green, leaves of berry bushes colored cochineal, and mud of past rains, it has yet to see that door knobs only become increasingly filthy as it is opened more and more.

In the end, no matter how many times a line diverges, separates, and offshoots, it will still be a solitary line, just as bare trees are nothing more than mere branches rasping against each other like a boat scraping against a pier, struggling to breathe. When will it learn to love not the smell of rain, but the smell of its departure?

It was only an extension of a point. A line. A tangent.

Alas, it has begun sawing through an empty chasm at 5 centimeters per second…

At 5 kilometers an hour. 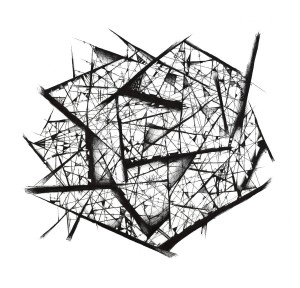 One thought on “A Tangential Point”