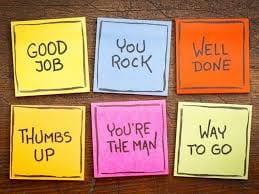 To people telling you that you’re pretty.

To people telling you that you’re smart.

To people telling you that you’re on the right track.

The reason we struggle with feeling so negative is that we have come to depend on that spark – that little smile that someone else puts on our faces. That smile that we feel is necessary to truly feel worthwhile. Some people lose motivation quickly when others aren’t there anymore to give them the reassurance that they are good enough, that they are worthy, that they are doing well.

This is especially relevant in quarantine since many people are now unable to use their layer of assurance to make themselves feel better. When conversing with people face to face, body language and charisma dictate so much of the conversation. Being born as someone who is seen as attractive can cause someone to balloon their ego and build massive walls around themselves. These walls don’t accept criticism, because as soon as someone pokes their head in with a dose of reality, a gang of bystanders are ready to aid the crying pretty boy or girl. It’s disheartening how many people can get away with not having a genuine personality just because they look nice or have a cute smile. It’s even worse to see how many people have no inward drive to be the best version of themselves as soon as people stop telling them that they’re okay.

And so it makes sense that the people who’ve been reinforced so much throughout their lives fall apart so fast. In academics and in sports, wonder-kids who are touted as a huge success eventually realize that things get harder. Eventually, you can’t lead your team in scoring anymore or get straight A’s without studying. Eventually, the standards set by others begin to fall apart, and so does the constant love and support from others – so they realize it’s sometimes easier to just not try anymore.

I’ve come to realize that the nature of success is selfish. I don’t mean to say that a woman cannot use her children’s future as a motivation to strive for a better career – but rather when people work hard to be a good student just for the respect and admiration of their peers. We do things for ourselves and those who directly affect the wellness of our lives. It’s pointless to think otherwise – that you really need the reinforcement of others to do well. Many have been cultivated such that they might need someone to constantly compliment them, and I feel sorrow for these people. Oftentimes it isn’t one’s fault they’ve been conditioned this way.

But although the nature of success may be selfish, the nature of people’s vision of themselves is always flawed. Our biggest flaw is that we seek to fill our holes with the opinions of others, but this is rather like trying to put a square peg in a circle hole – it doesn’t quite fit. There comes a point someone’s life when he or she realizes that their insecurities are so deep that nothing that anyone else can say will ever fill them. In this case, one can either be consumed by their insecurity and never being able to accept themselves as a complete person or recognize that their flaws do not define them.

It’s not about finding ways to fill your holes; instead, it’s about recognizing you have them and not letting them hold you back. It’s not about others telling you that you’re capable, it’s about knowing that you are all the time. Most of all, it’s not about overcoming your fear of jumping into the deep end or giving a public speech. You will find yourself complete when you do those things because you are scared.

When others tell you that you are worth something, it’s an opinion. But it becomes a fact when you tell it to yourself. You know yourself the most – more than anyone else. And you can create a whole world of meaning out of the faith you hold in yourself and your abilities. You make nothing but a farce and a fool of yourself by living in the world formed by others’ thoughts on you – both encouraging and demoralizing.

We’re addicted to turning around and looking outwards for some reassurance. But the only way to feel better about ourselves is to look inward and recognize the validity of self-respect and personal encouragement.